Opinion – America: Love It or Leave It – Gregory Hood 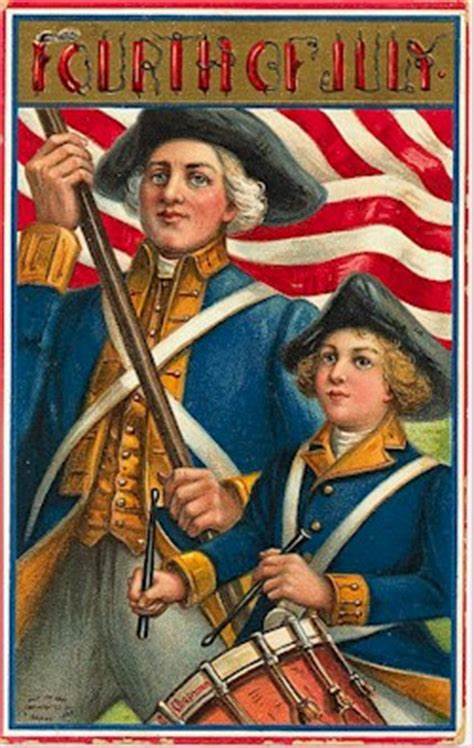 A new Gallup poll shows just 38 percent of Americans are “extremely proud” to be American. Trust in American institutions, including the military, the police, newspapers, and television news is falling. A Monmouth University poll found 88 percent think the country is on the wrong path. Just 6 percent of Republicans think America is on the right track. We whites may feel our country has abandoned us. Others, especially non-whites, may feel America was never worth celebrating in the first place. Perhaps both groups are right.

Welcome to Independence Day, 2022. Here’s a sampling cultivated by the account @LeftismForUs. {Tweets}

The American Revolution was led by rich white men who didn’t like that someone ELSE was exploiting their neighbors. They sold colonists on a fight for personal liberties and freedom, then delivered a restructured, ethnocentric, classist hierarchy with a new top tier.

The American revolution was two groups of elites squabbling about how to do imperialism. It did not liberate working class folks. It definitely did not liberate Black slaves. This is not a day worth celebrating.

our history books are propaganda. the US revolution was a bad thing.

more indigenous people and Black people fought against US “independence” than for it, because they knew that the US revolutionists were going to treat them even worse than the English would. they were right.

Today is not a day for celebration.

We’d have been spared a great deal of trouble if the American Colonization Society had been more successful and if Jefferson had written only in defense of life, liberty, and property. Still, leftists are right when they complain that America was built by and for whites. If we both agree, white nationalism is American patriotism.

A 2018 poll showed 50 percent of black voters have a favorable view of Mr. Farrakhan. And that’s voters.

“Master Fard Muhammad came among us July 4, 1930 on #IndependenceDay, not for us to celebrate the White man’s independence, but for us to know that God had come to declare our Independence and gave us a Flag.” #Farrakhan 🎺 #July4th pic.twitter.com/kfES5cOxfo

If blacks were “sovereign and independent in a nation of [their] own,” we would have far fewer problems.

New Jersey Governor Phil Murphy said celebrities such as Katy Perry, Jessica Chastain, and Kim Kardashian were right to bash America on Independence Day. “Who could blame them?” he asked. While he said America was still the “greatest nation on Earth,” he added that “war has been declared by a right-wing Supreme Court bloc against American women.”

President Donald Trump had plenty of time for Kim Kardashian but none for white advocates. This didn’t stop some journalists from linking him to “white nationalism.”

One journalist, Jean Guerrero, author of Hatemonger: Stephen Miller, Donald Trump, and the White Nationalist Agenda, said she was “officially reclaiming the U.S. flag from the fascists” because “it has become a stand-in for the GOP’s white nationalist agenda.” She thinks “the flag should belong to the people carrying the boulder of this country on their backs.” Don’t show her who is on welfare.

Michael Moore, who called a report showing a decline in the number of whites in America “the best day ever in U.S. history,” said he would refuse to “receive the privileges of ‘full citizenship’ in this land” because the Supreme Court repealed Roe v. Wade. I don’t think that means he’s leaving.

Being American is more than a pride we inherit—
It’s the past we step into, and how we repair it.

Here is a tweet from the ethnic group Thomas Jefferson called the “merciless Indian savages” in the Declaration of Independence.

I feel absolutely zero pride for a nation that rescinds abortion rights, and tribal sovereignty. I don’t feel patriotic today — I feel sold out, lied to, bamboozled and betrayed.

When will whites ever get the media deference, government benefits, and autonomy American Indians enjoy?

The Pima County Democratic Party promoted a “F**k the Fourth” rally before backtracking after protests.

State media didn’t read the Declaration of Independence; it hosted a discussion about “equity” instead.

This July 4th we break with tradition. Instead of a reading of the Declaration of Independence @NPRinskeep examines what equality means and has meant in this document. Important segment about our past and future…produced by @marcarivers and @bgordemer https://t.co/MxlgNaWpC1

The state is at war with the nation. If you think “war” is an exaggeration, take it up with Governor Murphy.

Heads up. The New York Times is looking for a reporter for a special beat.

The New York Times is seeking an experienced, ambitious and motivated reporter to cover the news outlets, online communities and influential personalities making up the right-wing media ecosystem that now serves many conservative Americans who no longer rely on the mainstream media to inform themselves.

The ideal candidate is resourceful, persuasive and prepared to inhabit corners of the internet that popularize far-right or extremist ideas, providing our readers with a critical listening post on those ideas before they achieve wider circulation.

Remember, journalism is a tactic, not a profession. Activists calling themselves journalists are often doing PR for their political allies or trying to damage political opponents.

Italian photographer and author Gabriele Galimberti talked naïve Americans into showing him their gun collections. On July 4, he explained why. Though he claims his goal was “not to judge,” his conclusion suggests otherwise.

I think my photographs shock people because they highlight the extent to which guns are embedded in so many everyday lives. This isn’t just about mass shootings. It’s about the very identity of America. On a day meant to symbolize independence from tyranny, I hope that my photographs can inspire deeper reflection and, perhaps, change.

On Independence Day, I don’t want to listen to foreigners telling us why we need to change our identity.

America has many problems, some of which extend overseas. Black basketball player Brittney Griner is being held in Russia on drug charges.

The government may not care about you, but if a WNBA player who didn’t want the national anthem played before games gets in trouble, the most powerful government in the world leaps into action.

The BBC is talking nonsense to the British about their own history.

This is on the BBC website. Just embarrassing. “the time that the UK had black rulers”. pic.twitter.com/xzj7k9PUpx

[W]e’ve kind of got to tell a lie: we’ll go back into history and there will be black people where, historically, there wouldn’t have been, and we won’t dwell on that. We’ll say, ‘To hell with it, this is the imaginary, better version of the world. By believing in it, we’ll summon it forth.’

Reminder that re-writing history for Orwellian reasons is an openly stated purpose of the BBC. https://t.co/ZTHExqXU7a pic.twitter.com/BkkX5rFEtc

Whites don’t need to lie about our history. It’s glorious and our duty is to live up to the example of our ancestors. Always remember the essential truth of race relations in America and around the world: Whatever non-whites and self-haters say, they need us. We don’t need them. What a world it would be if we could win a nation of our own! That would be an Independence Day worth celebrating.

Mr. Hood is a staff writer for American Renaissance. He has been active in conservative groups in the US. You can follow him on Gab
All Posts »

3 thoughts on “Opinion – America: Love It or Leave It – Gregory Hood”