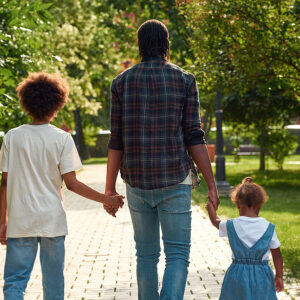 Despite the five-year survival rate for men being diagnosed with the disease being greater than 99 percent if the cancer is detected during the early stage, the American Cancer Society found recently that almost 5,400 black men died from prostate cancer in 2019 alone – a rate 2.2 times higher than that of white men.
With research finding black Americans were more likely than other groups to put off medical care during the COVID-19 pandemic, the number of African American men dying from prostate cancer is likely even higher today. This is unacceptable, and we need to start thinking seriously about ways we can prevent black men from needlessly dying of this curable form of cancer.

A number of prominent names in the black community have already dedicated their voices and personal funds to combatting this form of cancer – billionaire investor Robert F. Smith has donated millions of his money to the cause; actor and singer Harry Belafonte has shared his personal battle with the disease; and comedians Cedric The Entertainer, Chris Tucker, and Steve Harvey have all become vocal advocates in the battle against prostate cancer. The greater public, however, has remained sadly aloof to this remediable cancer that has ravaged the black community.

It is well known that decades of structural racism have led black Americans to experience higher rates of poor health and disease in a range of health conditions ranging from asthma and hypertension to diabetes and heart disease than their white counterparts. And while there are a number of reasons for these sobering figures – environmental issues, certain comorbidities, different molecular pathways in the body of black men – a great deal of the reason for prostate cancer deaths comes down to the fact that black men are disproportionately not being screened for the disease as early or as regularly as white men.

A recent study published in JAMA Oncology by a team at the University of Michigan Rogel Cancer Center found that black men get fewer PSA screenings, are more likely to be diagnosed with later-stage cancer, are less likely to have health insurance, have less access to high-quality care and other disparities that can be linked to a lower overall socioeconomic status.

Knowing the heightened risks black men face and the factors that cause them, we need to be more proactive in reaching out to the black community to educate men on the threat prostate cancer poses and help them get screened for the disease. While remedying all the vast health disparities communities of color in the United States face is a daunting task, helping prevent black men from dying of a treatable form of cancer is both a worthy and realistic goal.

There are already groups and individuals already working on doing this who can act as guideposts for how to successfully tackle this form of cancer. For example, Mount Sinai Medical Center recently unveiled the Robert F. Smith Mobile Prostate Cancer Screening Unit, which will visit New York City neighborhoods where men could be at a higher risk of developing prostate cancer.

The mobile home-sized bus, which is named after the African American venture capitalist who donated almost $4 million to create the vehicle, takes a preemptive approach to combatting the scourge of prostate cancer by going directly into the communities most affected by the disease.

Smith’s mobile screening unit is a great start, but it is imperative we create more solutions like this – both on a private level and in conjunction with state and federal governments.

Without more directed outreach and a proactive approach to screenings from public health officials, the glaring disparities that black men face when it comes to prostate cancer will continue to exist.

Glenn Ellis, is a health care expert as well as a visiting scholar at the National Bioethics Center at Tuskegee University and a Harvard Medical School Bioethics fellow. He wrote this for InsideSources.
All Posts »