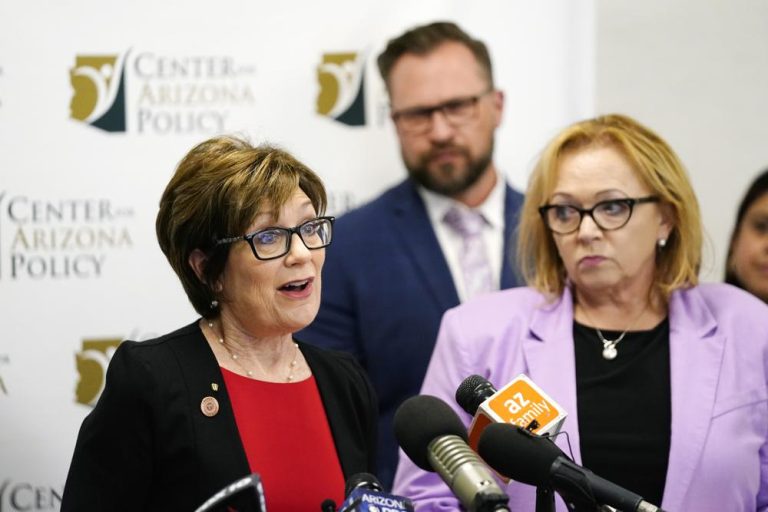 The U.S. Supreme Court on Thursday allowed enforcement of a 2021 Arizona law that lets prosecutors bring felony charges against doctors who knowingly terminate pregnancies solely because the fetuses have a genetic abnormality such as Down syndrome.

The decision comes in the wake of the high court’s June 24 decision that said women have no constitutional right to obtain an abortion. It has no immediate effect because Arizona providers stopped all abortions following last Friday’s Supreme Court ruling.

Providers, including Planned Parenthood Arizona, stopped performing abortions immediately because they were worried about a pre-statehood law making it a crime to perform an abortion or assist in any way, unless the life of the mother is threatened. It was unclear if that law could be enforced, but Republican Attorney General Mark Brnovich said Wednesday that it can be.

That decision puts him at odds with GOP Gov. Doug Ducey, who has repeatedly said that a ban on abortions after 15 weeks’ pregnancy that he signed in March takes precedence. His spokesman, C.J. Karamargin, said Wednesday night that the governor’s office is reviewing that decision and had no immediate comment.

The 2021 law specifically said it did not overturn the total abortion ban in place since at least 11 years before Arizona became a state in 1912. The Republican-controlled Legislature did remove another part of that law allowing women to be sentenced to one to five years in prison if convicted of having an abortion.

“Mark Brnovich just took us back to 1901,” Democratic attorney general candidate Kris Mayes said Thursday. “And I think it should outrage everyone. It’s way outside of where most Arizonans stand on this issue.

“And it’s also unconstitutional,” she added. “I believe all of these laws violate Arizona’s privacy clause.”

Mayes said she’s unaware of anyone challenging abortion restrictions under that part of the state constitution. But she vowed never to prosecute women in Arizona for violating laws restricting abortion if she is elected in November.

In Thursday’s genetic abnormality ruling, the Supreme Court sent the case back to the federal judge in Phoenix who had blocked it last September. U.S. District Judge Douglas Rayes said in his ruling that the law’s criminal provisions were likely unconstitutionally vague, explaining it’s unclear at what point in the process doctors can be deemed to be aware that fetal genetic abnormality exists.

When the law was being debated last year, Republican state Sen. Nancy Barto said children with Down syndrome and other genetic abnormalities deserve to be protected and can live “productive, wonderful lives.”

“There are incredible numbers of people that appreciate those children that have come into the world with a genetic abnormality like Down (syndrome) or other serious issues that are genetic,” said Barto, a Phoenix Republican who sponsored the bill.

“And once they were born, they’ve meant so much to their families, to the world. They’ve gone on to live productive, wonderful lives. That’s what we’re protecting here.”

Dr. Jill Gibson, the medical director at Planned Parenthood Arizona, said in an interview Thursday that the law puts parents in a quandary. A woman may feel compelled to lie to her abortion provider about her reasons for obtaining the procedure, Gibson said.

“These fetuses that are born with major anomalies and abnormalities and require lifelong medical care, who’s going to provide that care?”