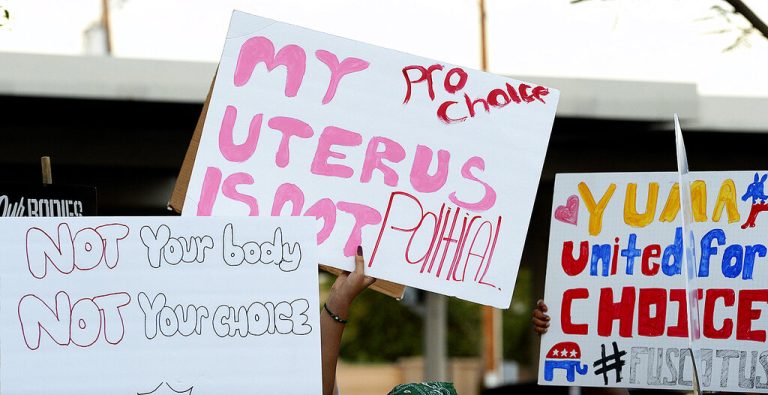 Arizona’s attorney general says a total abortion ban that has been on the books since before statehood can be enforced and Louisiana’s attorney general is warning doctors against performing abortions even while a ban there is temporarily blocked, as states grapple with long-halted laws in the wake of the U.S. Supreme Court’s decision to overturn Roe v. Wade.

The high court decision less than a week ago has set off legal battles in multiple states where lawmakers have sought to ban or restrict abortion.

In Arizona, Republican Gov. Doug Ducey has said a law he signed in March banning abortions after 15 weeks took precedence over a total ban in place since at least 1901, 11 years before Arizona statehood. But Attorney General Mark Brnovich, a fellow Republican, said he was reviewing the 1901 law in the wake of Roe and providers immediately stopped performing the procedure out of fear of prosecution.

Brnovich on Wednesday sided with those who pointed to a specific provision in the new law that said it did not override the earlier one, which has been blocked since 1973. Brnovich says he’ll seek to have it unblocked.

“Our office has concluded the Legislature has made its intentions clear with regards to abortion laws,” Brmovich said on Twitter. “ARS 13-3603 (the pre-statehood law) is back in effect and will not be repealed” when the new law takes effect.

Earlier Wednesday, Louisiana’s attorney general issued a warning to doctors against performing abortions, despite a judge’s order blocking the state from enforcing its ban on the procedure.

In a letter to the Louisiana State Medical Society, Attorney General Jeff Landry said the state judge’s Monday order blocking enforcement “has limited reach” and abortion has been a crime since Friday’s high court decision.

“It is incumbent on this office to advise you that any medical provider who would perform or has performed an elective abortion after the Supreme Court’s decision in Dobbs is jeopardizing his or her liberty and medical license,” Landry wrote, referencing the Friday decision.

Kentucky’s two abortion clinics meanwhile asked a judge to issue a temporary restraining order to block a state law that took effect after the Supreme Court ruling. Attorneys for a Louisville clinic argued that Kentucky’s constitution allows for abortion, adding one clinic has turned away about 200 potential patients since the Friday ruling. A judge said he would rule on the request this week.

Louisiana and Kentucky are among states that had “trigger” laws designed to ban abortion, with few exceptions, in anticipation of a decision to overturn Roe.

In Ohio, lawyers for abortion providers asked that state’s Supreme Court on Wednesday to use its powers to overturn a ban on abortions once cardiac activity is detectable. The American Civil Liberties Union, Planned Parenthood Federation of America and others argued the law violates the Ohio Constitution’s broad protections of individual liberty.

A challenge to West Virginia’s abortion ban also was announced Wednesday by the ACLU of that state. The ACLU says the state ban dates back to the 1800s and has been superseded by numerous laws passed since, including a 20-week abortion ban that was passed in 2015 and acknowledges a patient’s right to an abortion.

For AP’s full coverage of the Supreme Court ruling on abortion, go to https://apnews.com/hub/abortion.