Are Green Groups Putting Progressive Politics Ahead of Protecting Environment? – Inside Sources 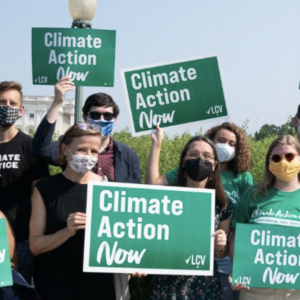 What does supporting D.C. statehood or defending Roe v. Wade have to do with protecting the environment or fighting climate change?

If you want the endorsement of so-called “environmental” groups like the Sierra Club, 350NH Action, or the League of Conservation Voters — everything.

All three groups endorse a so-called intersectional view of the environment, encompassing support for things like abortion rights, voting access, support for labor unions and higher minimum wages as part of the overall Green movement.

“The environment doesn’t live in a silo. It is a multi-layered issue,” said Catherine Corkery, the New Hampshire chapter director for the Sierra Club.

“The Sierra Club uses a variety of issues to review people as candidates. The environment is multi-faceted. Our lives are complex and so is the environment,” she said.

“Climate is an intersectional issue, so we only endorse candidates who have strong stances on progressive issues we and our partners also fight for like: racial justice, immigrant justice, LGBTQIA+ rights, reproductive justice, healthcare for all, a family-sustaining minimum wage, public education, Indigenous rights, gun safety, disability rights, ending mass incarceration, and reducing income inequality,” the group states on its website.

A representative for 350NH Action did not respond to a request for comment. Nor did they explain why they’ve publicly criticized Hassan and Pappas over immigration policy but not their embrace of more oil drilling or tax cuts for fossil fuels.

Then there’s the LCV’s scorecard for lawmakers, which counts votes for amnesty of illegal immigrants, federalizing state elections, and impeaching President Trump.

American Conservation Coalition (ACC), a conservation organization that promotes free-market solutions to environmental problems, thinks the LCV is on the wrong track.

The LCV regularly takes left-wing positions on topics that are unrelated to conservation. The LCV recently reacted to the United States Supreme Court decision in the Dobbs case, which turns the question of abortion back to state legislatures, by calling for expanding the court.

“Make no mistake, today’s decision is the result of a concerted decades-long right-wing effort to capture our courts and roll back the rights of women, girls, and all people who can become pregnant,” the LCV wrote. “Congress must act immediately and expand the number of justices who serve on our nation’s highest court.”

Robinson said the group even went so far in its partisanship that it took a stand against a police reform bill, because it was proposed by a Republican.

“The one in particular that left me scratching my head was, according to the League of Conservation Voters, voting against a police reform bill by Sen. Tim Scott (R-S.C.) is the pro-environment position,” Robinson said. “Sen. Scott was trying to address issues around police, and it got lots of support from many different people but that’s not a topic related to the environment.”

Danielle Butcher, vice president of the ACC, blames the LCV and other far-left environmental groups for making conservation and dealing with climate change a partisan issue, and alienating conservatives who might otherwise support environmental protections.

“The LCV and groups like it have been at the forefront of the movement that successfully politicized climate change,” Butcher said in a recent op-ed. “An environmental advocacy group should score legislators based on their work to address the root causes of climate change, not whether or not they voted to impeach a former president or voted for a partisan voting rights bill. By shunning any and all congressional Republicans, LCV is only hurting its ability to advance real solutions.”

1 thought on “Are Green Groups Putting Progressive Politics Ahead of Protecting Environment? – Inside Sources”