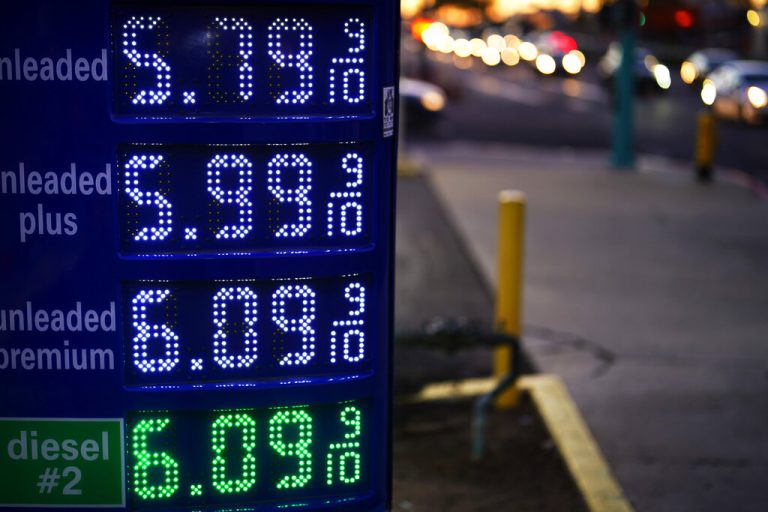 Gas prices to fall ahead of July 4, but relief may not be permanent

Drivers will be facing the most expensive July 4th at the pump ever this year, though the news isn’t all bad. According to GasBuddy, the leading fuel savings platform saving North American drivers the most money on gas, U.S. gas prices are expected to drop 10 to 20 cents by Independence Day. After months of fireworks at the pump, culminating in a $5 national average recorded for the first time just weeks ago, drivers will feel a bit of relief, though many were already determined to get out on the road despite high prices.

According to GasBuddy’s annual summer travel survey, of the 58% of Americans planning to take a road trip this summer, 33% planned to travel specifically on Independence Day weekend. This will be the second most popular travel weekend of the summer, following Memorial Day. And though many will hit the road for the upcoming holiday weekend, 70% of drivers said they changed their summer road trip plans because of high gas prices, a 52% increase from last year.

“It’s been a scorching summer at the pump with record prices set in every state. While we may see brief relief here and there, the high prices don’t seem to be holding many Americans back from hitting the road with the economy fully reopen,” said Patrick De Haan, head of petroleum analysis at GasBuddy. “While we may see relief as we approach July 4, and potentially after, the volatility in markets remains high. We still could see a super spike in gas prices later this summer, should a hurricane threaten Gulf Coast oil refineries or oil platforms. Motorists should know that while we may see small relief today, risks remain that prices could go up at a moment’s notice and set new records again.”

Yesterday, President Biden announced his desire to halt the federal gas tax for three months, which would potentially lead to an 18.4-cent decline in gas prices in order to offer relief. If the tax is suspended, prices at the pump could drop even further this summer, saving American drivers collectively about $70 million per day while the average motorist saves $25-$70 over three months.

In order to save money on gas while traveling, GasBuddy recommends drivers shop around for the best prices, using a price comparison tool like the GasBuddy app. Drivers can also stretch gas dollars farther by increasing their fuel efficiency with better driving habits and proper car maintenance.

GasBuddy is the leading fuel savings platform providing North American drivers with the most ways to save money on gas. GasBuddy has delivered more than $3 billion in cumulative savings to its users through providing real-time gas price information at 150,000+ stations, offering cash back rewards on purchases with brand partners, and through the Pay with GasBuddy™ payments card that offers cents-off per gallon at virtually all gas stations across the US. As one of the most highly-rated apps in the history of the App Store, GasBuddy has been downloaded nearly 100 million times. Acquired by PDI Software in 2021, GasBuddy’s publishing and software businesses enable the world’s leading fuel, convenience, QSR and CPG companies to shorten the distance between the fueling public and their brands. For more information, visit www.gasbuddy.com.