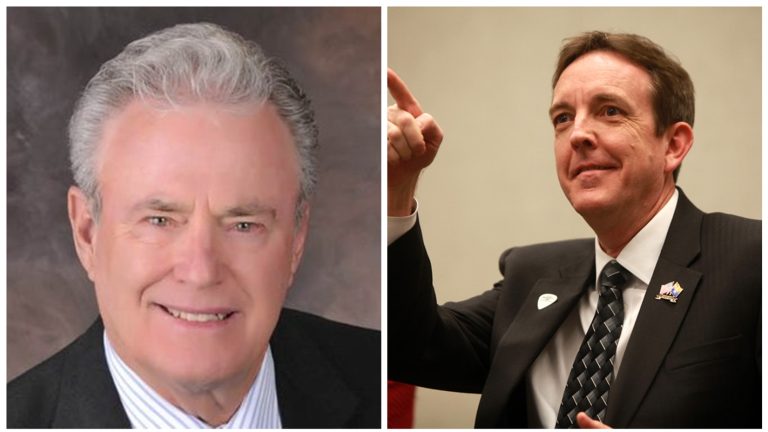 Ken Bennett’s run for the LD1 Senate seat just got a welcome boost from former State Representative Noel Campbell. The popular three-term legislator from Prescott who represented LD1 in the state legislature from 2014 to 2020, has stated that Bennett’s experience in state government and deep connections with the district  “clearly makes him the most qualified candidate in this race”.

In a formal statement shared with Prescott eNews, Campbell went on to say that “the issues confronting our state and LD1 in particular make it imperative that we have experienced and trustworthy representation in the State Senate.”  Mr. Campbell cited water issues and transportation along with border security, education,  and election integrity as specific issues where Bennett’s experience and former service as President of the Arizona Senate (2003-2007),  make him the best qualified. Campbell went on to say in reference to election integrity and allegations of fraud that have plagued Arizona since the 2020 election, “we never had these kind of issues when Ken Bennett was Secretary of State.”  Bennett served as Arizona’s 19th Secretary of State from 2009 to 2014.

Mr. Campbell was himself a candidate for the vacancy created in LD1’s senate seat when Sen. Karen Fann announced that she would not seek another term. Campbell submitted over 1500 signatures to gain ballot status and campaigned actively for several months.  In a statement issued May 8, 2022,  he unexpectedly withdrew from the race for what he referred to as family considerations.

In the August 2nd Republican primary,  Mr. Bennett faces political newcomer Steve Zipperman, a California attorney and  former real estate broker,  who has relocated to the Prescott area. By all accounts the race is competitive with the well-resourced Mr. Zipperman getting an early start and striking campaign themes that have  resonated with LD1’s  conservative base.

Last week, Campbell and Bennett talked by phone about election issues and the way forward for LD1. Mr. Bennett entered the race late,  reportedly at the behest of Senate President Karen Fann.

Until now, Mr. Campbell has remained silent on the two remaining candidates, with his supporters uncertain where he stood.  With less than three weeks before early voting begins, today’s endorsement makes clear that he values Bennett’s background and center-right track record  as a Republican elected official over his opponent’s campaign rhetoric.  “Words are cheap. We can’t afford to take chances”, Campbell says. “I favor the  candidate who has actually done some good things over someone who simply makes promises to do things after he’s elected.”

In a statement to Prescott eNews,  Mr. Bennett praised Mr. Campbell’s “years of service as a legislator and community leader” and that  he is “honored and grateful to have Noel’s endorsement”.

Mr. Zipperman has been active in local Republican party politics since settling in Prescott several years ago.  He is an elected Precinct Committeeman and served as First Vice Chair of the Yavapai County Republican Party for a year before resigning to run for the state senate. In preparation for this article, eNews reached out to the Zipperman campaign.  Mr. Zipperman has extended his congratulations to the Bennett campaign while noting that he has received a number of endorsements from prominent conservatives and conservative organizations including former senate president Russell Pearce and the Arizona Free Enterprise Club.