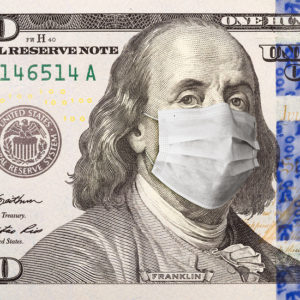 It used to be that “everyone’s a critic.” But these days, everyone is an armchair economist. Right now, every TV pundit believes he or she has the solution for America’s high inflation rate. And some are urging an end to U.S. tariffs on China in order to curtail higher prices. But they’re missing the bigger picture. Cutting tariffs won’t meaningfully affect consumer prices. Instead, it will simply hurt working Americans in the long run.

CNN’s Fareed Zakaria offers a perfect example. He believes that repealing tariffs will reduce inflation. His assumption is that tariffs invariably raise prices — since they’re a “tax” on goods. To make his point, Zakaria says that, if the cost of an imported good rises due to tariffs, then domestic manufacturers will also raise prices — simply because they can — to exploit any possible profit.

That’s nonsense. America’s manufacturers have long since pared expenses to the bone in order to compete with China’s heavily subsidized production. Zakaria cites automobiles as an example — but he should know that Ford and GM have already offshored much of their production to cut costs. And so, in a tight economy, domestic manufacturers won’t raise prices. They can’t, because they’re already struggling just to maintain market share.

Focusing on tariffs is misguided. The “Trump tariffs” in question were imposed four years ago — and aren’t the culprit for current inflation. Instead, prices in the United States are rising due to more obvious, real-world concerns.

First, gas prices have soared since Russia’s invasion of Ukraine. And when fuel costs go up, prices for consumer goods go up, too.

Second, the supply chain disruptions of the COVID pandemic have had a major effect on consumer costs. The recent shortage of baby formula offers a troubling example. When something is in short supply, its price rises. And in the wake of COVID, the United States has endured product shortages on everything from generic drugs to bicycles.

Zakaria also believes that reducing tariffs will mean importers passing along their savings to consumers. That would be nice — the idea that importers would use a tariff reduction to lower their prices. But the real world doesn’t work that way. No business has ever willingly given its profits back to consumers.

I mention this as someone who founded a sporting goods company in 1972. We’ve been buying from foreign vendors for more than 40 years — and also selling to customers in more than 50 countries. From practical experience, I can say that cutting tariffs will simply result in more money for importers, rather than a reduction in prices.

However, Zakaria’s sheltered worldview allows him to believe U.S. manufacturers are readily competing with China — a country that massively subsidizes its state-owned factories and uses slave labor. Those ugly tactics are exactly why the United States imposed tariffs in the first place — to confront China’s appalling behavior. And not only does Beijing funnel billions of dollars to its manufacturers in a bid to undercut U.S. producers but it also hacks American companies and stealsproprietary technology.

The result is 3.7 million U.S. jobs lost to China over the last two decades. Zakaria has no answer for this. He simply ignores why the U.S. imposed tariffs — or that Beijing is continuing its genocide in Xinjiang while pursuing an agenda intent on defeating America’s high-tech industries. Instead, he sticks to pop-economics and demonizes anything attached to the Trump presidency.

“Trump” may be a dirty word to many, but tariffs are not. Simply attaching the two words together is not a good reason to bring back the flawed trade policies that enabled China’s massive rise.

The American people already know this. As recent polling makes clear, they overwhelmingly favor tariffs on China because they understand what’s at stake — the long-term security of the nation.

Reducing tariffs might make a few goods cheaper. But it would penalize domestic manufacturers and suppliers who provide jobs that Americans desperately need to sustain a middle-class standard of living. Staying the course, and standing up to China now, is the only prudent medicine for the U.S. economy.