Opinion: Vote in the Primaries to Optimize Success in November – Inside Sources 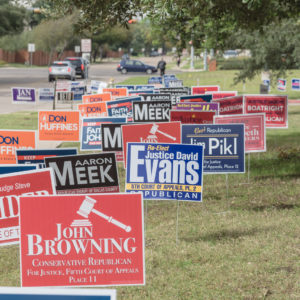 Early primary results have seen candidates from the fringes of both parties winning and endorsements from party leaders not always having the predicted effect. As we head toward primaries across most of the rest of the country, internal fights over electability and ideological purity will determine who wins and who falls short. But even more, winners and losers will be determined by who shows up to vote.

This year, Americans will decide 435 House seats, 35 of 100 Senate seats, 35 of 50 governorships and countless pivotal local positions. But many voters don’t realize that redistricting has left us with only 33 districts nationally that could flip between red and blue. The rest are relatively secure for the party controlling the seat or who benefited from the redrawing of the district.

But it still matters who is on the ballot in November. In the face of expectations that control of the House and Senate will move to Republicans in November, primary candidates from the far left and far right have beaten candidates willing to govern.

Successful candidates in November may need voters to cross party lines and embrace an agenda that moves the country forward. That means they’ll need support from voters frustrated with political polarization or angry about rising prices and the inability of Congress and the president to work together without crossing ideological lines.

Friends and business leaders are asking, “How could so-and-so have won.” I’m not surprised by their responses after I ask if they actually voted in their primary. It’s often a hard no, punctuated by some variation on “I don’t vote in primaries when there are 10 people on the ballot; I vote in November.”

A Pew Research Center analysis finds that Democrats and Republicans are farther apart ideologically today than at any time in the last 40 years. There are only two dozen members of Congress whose voting records would put them in the “moderate” category, versus more than 160 in 1971-72. The challenge, says Pew, is that Americans at the ends of the ideological spectrum are the most active in national politics.

That makes participation in the primaries particularly important. A small percentage of the electorate is either choosing the presumptive winner of the November election or putting forward a risky candidate who may fall short when voters compare the two candidates’ ability and willingness to govern.

Republicans have taken care of some of the problems during the early primary season, but they have also put relatively safe seats at risk by nominating candidates who embrace extremist views. Democrats are doing the same and risking seemingly secure seats.

Voters from both parties are more likely to swallow hard and support a candidate from the “other” party if they share some common values, particularly — as has already happened — they see an extreme candidate in their state or district as “unelectable” in November.

We need to aggressively call out or vote against the candidates who preach racist or conspiratorial ideas. We should be justifiably concerned that the Republican Party’s name, identity and deep conservative values are being hijacked by the fringe elements wanting to relitigate the past and ignore the future.

Republicans are well-positioned to make substantive gains in November since more than half of voters believe inflation is the country’s most critical issue.

Help from Congress can come only if your representative is willing to work with the other side rather than entrenching in a position. I think we can all agree that we can’t spend more than we bring in, and we must make painful compromises while staying true to our values.

At this point, two years into a failed Biden administration, getting to yes will be an uphill battle if we sit back and wait until November to pick the best candidate on the ballot. 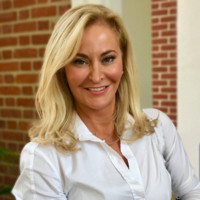 Sarah Chamberlain is president and CEO of the Republican Main Street Partnership. She wrote this for InsideSources.com.
All Posts »

2 thoughts on “Opinion: Vote in the Primaries to Optimize Success in November – Inside Sources”