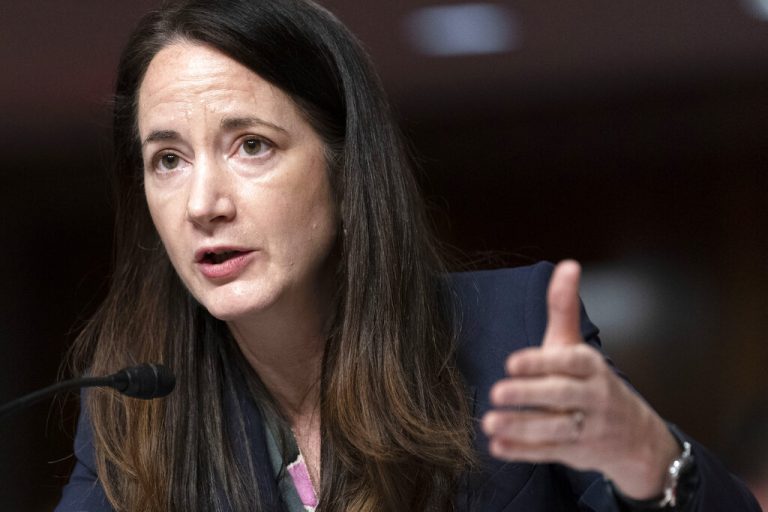 The question was posed in a private briefing to U.S. intelligence officials weeks before Russia launched its invasion in late February: Was Ukraine’s leader, Volodymyr Zelenskyy, made in the mold of Britain’s Winston Churchill or Afghanistan’s Ashraf Ghani?

In other words, would Zelenskyy lead a historic resistance or flee while his government collapsed?

Ultimately, U.S. intelligence agencies underestimated Zelenskyy and Ukraine while overestimating Russia and its president, even as they accurately predicted Vladimir Putin would order an invasion.

But Kyiv, Ukraine’s capital, did not fall in a few days, as the the United States had expected. And while American spy agencies have been credited with supporting Ukraine’s resistance, they now face bipartisan pressure to review what they got wrong beforehand — especially after their mistakes in judging Afghanistan last year.

Intelligence officials have begun a review of how their agencies judge the will and ability of foreign governments to fight. The review is taking place while U.S. intelligence continues to have a critical role in Ukraine and as the White House ramps up weapons deliveries and support to Ukraine, trying to predict what Putin might see as escalatory and seeking to avoid a direct war with Russia.

President Joe Biden’s administration announced it would give Ukraine a small number of high-tech, medium-range rocket systems, a weapon that Ukraine has long wanted. Since the war began on Feb. 24, the White House has approved shipping drones, anti-tank and anti-aircraft systems, and millions of rounds of ammunition. The U.S. has lifted early restrictions on intelligence-sharing to provide information that Ukraine has used to strike critical targets, including the flagship of the Russian navy.

Lawmakers from both parties question whether the U.S. could have done more before Putin invaded and whether the White House held back some support due to pessimistic assessments of Ukraine. Sen. Angus King, an independent from Maine, told officials at a Senate Armed Services Committee hearing last month that “had we had a better handle on the prediction, we could have done more to assist the Ukrainians earlier.”

Ohio Rep. Mike Turner, the top Republican on the House Intelligence Committee, said in an interview that he thought the White House and top administration officials had projected “their own bias on the situation in a way that lends itself to inaction.”

The Senate Intelligence Committee sent a classified letter last month to the Office of the Director of National Intelligence asking about how intelligence agencies assessed both Ukraine and Afghanistan. CNN first reported the letter.

Director of National Intelligence Avril Haines told lawmakers in May that the National Intelligence Council would review how the agencies assess both “will to fight” and “capacity to fight.” Both issues are “quite challenging to provide effective analysis on and we’re looking at different methodologies for doing so,” Haines said.

While there is no announced timetable on the review, which began before the committee’s letter, officials have identified some errors. Several people familiar with prewar assessments spoke to The Associated Press on condition of anonymity to discuss sensitive intelligence.

Despite its vast advantages, Russia failed to establish air superiority over Ukraine and failed at basic tasks such as securing its battlefield communications. It has lost thousands of soldiers and at least eight to 10 generals, according to U.S. estimates. Russian and Ukrainian forces are now fighting in fierce, close quarters combat in eastern Ukraine, far from the swift Russian victory forecast by the U.S. and the West.

While Russia has entered recent proxy wars, it had not directly fought a major land war since the 1980s. That meant many of Russia’s projected and claimed capabilities had not been put to the test, posing a challenge for analysts to assess how Russia it would perform in a major invasion, some of the people said. Russia’s active weapons export industry led some people to believe Moscow would have many more missile systems and planes ready to deploy.

Russia has not used chemical or biological weapons, as the U.S. publicly warned it might. One official noted that the U.S. had “very strong concerns” about a chemical attack, but that Russia may have decided that would cause too much global opposition. Fears that Russia would use a wave of cyberattacks against Ukraine and allies have not materialized so far.

Other Russian problems were well-known, including low troop morale, a prevalence of drug and alcohol abuse among troops, and the lack of a noncommissioned officer corps to oversee forces and deliver instructions from commanders.

“We knew all of those things existed,” said retired Lt. Gen. Robert Ashley, the former director of the Defense Intelligence Agency. “But it just became a cascading effect of how overwhelming all of that became when they tried to do even the most simple of operations.”

Sue Gordon, the former principal deputy director of national intelligence, said analysts may have relied too much on counting Russia’s inventory of military and cyber tools.

“We’re going to learn a little bit about how we think about capability and use as not one and the same when you assess outcome,” she said at a recent event sponsored by The Cipher Brief, an intelligence publication.

Zelenskyy has received worldwide acclaim for refusing to flee as Russia sent teams to try to capture or kill him. Britain’s Churchill, throughout the yearlong blitz of London by German fighter aircraft during World War II, often watched the bombing raids from rooftops and he made special effort to walk the streets in places where thousands were killed.

In contrast, Afghanistan’s Ghani slipped out of his country on Sunday last August, lonely and isolated, a few months after America’s top diplomat had urged him to forge a united stand as the American military pullout neared. Ghani did not even tell other political leaders who had been negotiating a peaceful transition of power with the Taliban that he was heading for the exit. His sudden and secret departure left Kabul, the capital, rudderless as U.S. and NATO forces were in the final stages of their chaotic withdrawal from the country after 20 years.

For Zelenskyy, before the war there were tensions, too, with Washington about the likelihood of a Russian invasion and whether Ukraine was prepared. One flashpoint, according to people familiar with the dispute, was that the U.S. wanted Ukraine to move forces from its west to bolster defenses around Kyiv.

Until shortly before the war, Zelenskyy and top Ukrainian officials discounted warnings of an invasion, in part to tamp down public panic and protect the economy. One U.S. official said there was a belief that Zelenskyy had never been tested in a crisis of the level his country was facing.

Lt. Gen. Scott Berrier, the current director of the DIA, testified in March that “my view was that, based on a variety of factors, that the Ukrainians were not as ready as I thought they should be. Therefore, I questioned their will to fight. That was a bad assessment on my part because they have fought bravely and honorably and are doing the right thing.”

In May, Berrier distanced his own view from that of the entire intelligence community, which he said never had an assessment “that said the Ukrainians lacked the will to fight.”

There was ample evidence of Ukraine’s determination before the war. Russia’s 2014 annexation of Crimea and the eight-year conflict in the Donbas region had hardened public attitudes against Moscow. Ukrainian forces had received years of training and weapons shipments from the U.S. across several administrations along with help bolstering its cyber defenses.

U.S. intelligence had reviewed private polling suggested strong support in Ukraine for any resistance. In Kharkiv, a mostly Russian-speaking city near the border, citizens were learning to fire guns and training for guerrilla warfare.

Rep. Brad Wenstrup, a member of the House Intelligence Committee, saw that determination firsthand during a December trip. Wenstrup, R-Ohio, witnessed a military ceremony where participants would read the names of every Ukrainian soldier who had died the previous day on the front lines in the Donbas, the region in eastern Ukraine where Moscow-backed separatists have been fighting Ukrainian government forces since 2014.

“It showed to me that they had a will to fight,” he said. “This has been brewing for a long time.”