Prescott Jewish Community to Receive the Ten Commandments Again This Shavuot Holiday for the 3,334th Time Since Sinai

In a ceremony reminiscent of the original Giving of the Ten Commandments through Moses at Mount Sinai, Prescott’s Jewish community — men, women and children; young and old — will gather at Chabad of Prescott on June 5 at 11:00am, where they will hear the reading of the Ten Commandments from a handwritten Torah scroll. This year’s holiday of Shavuot marks 3,334 years since the Jewish people received the Torah on Mount Sinai on the holiday of Shavuot. The holiday begins this year at the conclusion of Shabbat (Saturday night), the Jewish Sabbath, at nightfall on June 4 and continues through nightfall on June 6.

“Shavuot is the time when the Jewish People were recognized as a nation, so it’s fitting that Prescott’s Jewish community will gather to commemorate this day,” said Rabbi Elie Filler, who directs Chabad of Prescott with his wife Bracha. “As conflict and divisiveness continue to fill the headlines, this show of unity is more important than ever.”

The traditional Reading of the Ten Commandments will take place at 11:00am and will be followed by an ice cream party and dairy buffet featuring Features New York- style cheesecake, traditional cheese blintzes, ice cream bar and other treats. Enjoying dairy foods is a Shavuot custom, hearkening back to the time when the Torah was given and the laws of kosher dining were first received, the Jewish People were not yet capable of properly preparing kosher meat and poultry and so ate dairy in the interim, while they studied the Torah’s kosher laws.

The reading of the Ten Commandments has become a family tradition around the world at the urging of the Rebbe, Rabbi Menachem M. Schneerson, of righteous memory, the most influential rabbi in modern history, who explained that there is special significance to bringing children, even infants, to hear the Ten Commandments on Shavuot morning.

“By listening to the Ten Commandments on Shavuot morning,” the Rebbe explained, “the words of Torah will be engraved in the hearts and minds of the children. And through them, the Torah will be etched within their parents and grandparents with even greater intensity.”

The Shavuot celebration comes as Jewish communities around the world celebrate the 120th anniversary of the Rebbe’s birth, who was born in Ukraine in 1902.

And as Prescott’s Jewish community unites to celebrate Shavuot, also on their minds will be the civilians in harm’s way in Ukraine. As the Rebbe’s birthplace continues to be wracked by war and suffering, the 384 Chabad-Lubavitch emissaries who lead Jewish life in Ukraine continue to spearhead a massive humanitarian effort, bringing aid to those in the country as well as to tens of thousands of refugees.

“As we celebrate the receiving of the Torah, our thoughts will be with our brothers and sisters who are across the world from us, but who are close to our hearts,” said Rabbi Elie. “When we gather to hear the Ten Commandments, we will unite in person with Prescott’s Jewish community, and we will be uniting in spirit with all of our brothers and sisters around the world.”

What is the holiday of Shavuot?

Shavuot, which begins this year at the conclusion of Shabbat at nightfall on June 4 and continues through nightfall on June 6, celebrates the date on which the Jewish people received the Torah at Mount Sinai 3,334 years ago. Shavuot literally means “weeks” and marks the completion of the seven-week counting period between Passover and Shavuot. Shavuot customs include all-night Torah study, listening to the recitation of the Ten Commandments, the reading of the Book of Ruth, eating dairy foods and adorning the synagogue and home with greenery and flowers. For everything you need to know about Shavuot visit Chabad.org/Shavuot.

About Chabad of Prescott:

Chabad of Prescott offers Jewish education, outreach and social service programming for families and individuals of all ages, backgrounds and affiliations. For more information about Chabad of Prescott visit JewishPrescott.org. 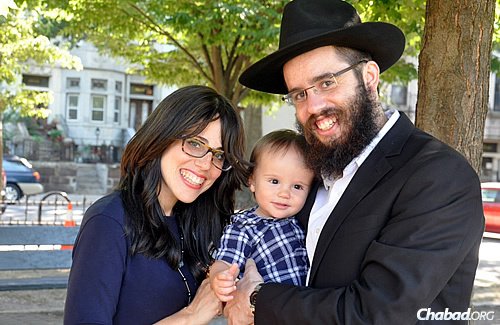