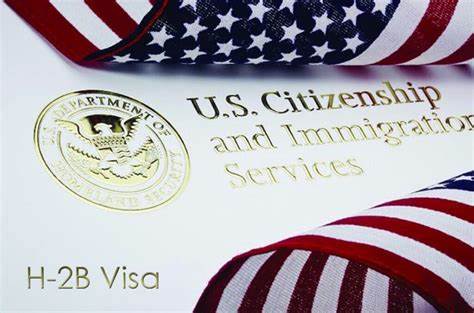 Arizona businesses welcomed the federal government’s release this week of another 35,000 H-2B visas for temporary guest workers, as a tight U.S. labor market has left companies scrambling to fill vacancies.

It’s the second time this year the government has expanded the visa program for nonagricultural workers, after the initial 66,000 visas were quickly snapped up by U.S. employers.

Labor Department data shows that 81 Arizona businesses filed more than 2,700 H-2B visa petitions in the first half of fiscal 2022, for everything from landscapers to line cooks and housekeepers to construction laborers. But only 1,975 of those applications were approved.

“They’ve been a godsend for us,” said Danny Brown, owner of Mesa-based Brown’s Amusements, and one of the lucky businesses to get their applications approved. Brown, who has used the H-2B visa program for the last 18 years, currently employs 90 certified H-2B workers – 80% of his total staff.

“With H-2B guys, they’re here for one reason – they want to work, they got to support their family,” Brown said. “So there’s no drama, no drug problems, no alcohol problems. It’s the best thing that ever happened to our industry.”

While requests for temporary foreign workers under the H-2B program typically outstrip the number of visas available, demand has been particularly high this year as U.S. unemployment nears historic lows.

The shrinking low-wage labor pool has resulted in “a bidding war for talent,” said Garrick Taylor, a spokesperson for the Arizona Chamber of Commerce and Industry.

Businesses “will either have to raise wages, or they are simply going to have to tell their customers that they won’t be able to meet their demands in a timely manner,” Taylor said. “And no business wants to disappoint its customers.”

It’s not unusual for the Homeland Security Department to release additional visas once a year, but this is the first time that there have been two expansions of the program in the same year. Besides the 35,000 visas approved this week, the government released an additional 20,000 H-2B visas in January.

The H-2B program allows businesses to hire foreign workers for temporary or seasonal non-agricultural jobs in the U.S. The visas are approved by Homeland Security, in consultation with the Labor Department.

In a notice Wednesday, Homeland Security said it would approve an additional 35,000 for the second half of the fiscal year, with 23,500 of those visas going to returning workers and 11,500 reserved for workers from El Salvador, Guatemala, Honduras and Haiti.

Businesses must first try to find domestic workers before they apply to hire H-2B workers. A temporary labor certification along with proof of having tested the domestic labor market is required while filing for the additional allocations.

U.S. employers applied for more than 135,000 foreign labor visas in the second quarter of 2022 alone, as the labor shortage has severely hit service industry businesses, like restaurants and retail shops.

At Southwest Hospitality Management, whose hotel and restaurant portfolio spreads across Arizona, requests for H-2B workers are often denied. Southwest Hospitality applied to hire 150 maids and housekeepers under the H-2B program in the first half of the fiscal year, but its application was denied. As it was for the last couple of years.

Carmen Reyes, Southwest Hospitality’s director of human resources, said that has put the company in a major labor crunch.

“All around the country, I mean, everybody’s actually really short-handed,” she said.

Susie Timm, a longtime public relations advisor for the Arizona Restaurant Association, said restaurants in the state could use the help, after a big exodus of workers in recent years, many of whom never returned.

“If anyone who is qualified to work in a restaurant wants to come and apply and work in the United States from any country or anywhere, we are open for business and ready and willing,” Timm said. “We could use the help.”

“At this point, we are game to try any possible way to get workers who are ready and willing,” she said.