Wranglers Defense Is The Difference In 36-21 Win Over Tucson 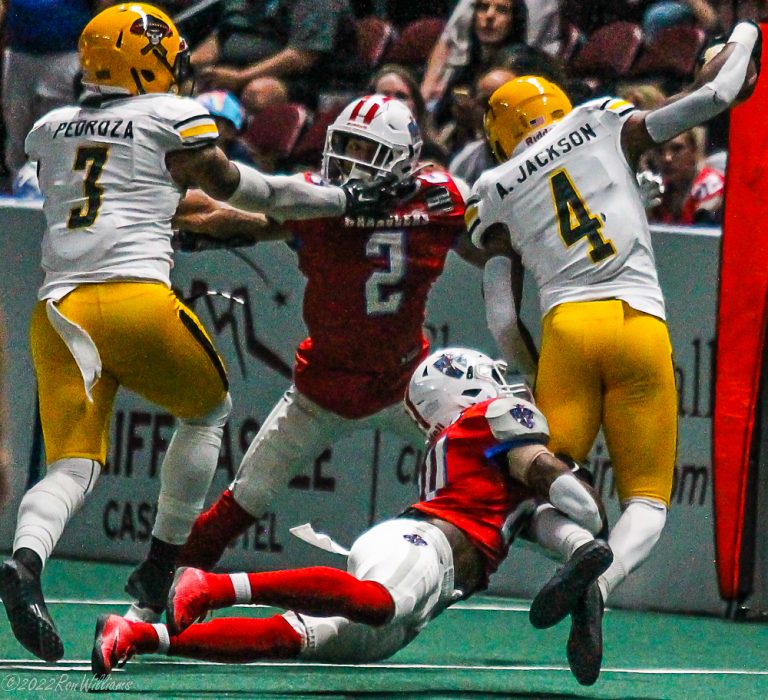 Quarterback Kaleb Barker threw three TD passes and the defense shined as the Northern Arizona Wranglers evened up the season series with a 36-21 win over the Tucson Sugar Skulls, as the team returned home after a three week road trip.

It was just three weeks ago that the Wranglers gave up a season high 72 points in a road loss to the Sugar Skulls. What we all saw last night was a completely different game. The Wranglers scored 26 points less than in their first meeting, but the defense held Tucson to  51 points less. Defensive lineman Ulric Jones said, “Man, we wanted to get that bad taste out of our mouths, and fast. We owed that to our fans. We know we are much better than that.” Jones finished with three tackles, but the fan favorite was stalking each player who held that ball for the Sugar Skulls. Mercado Anderson and Darin Hungerford dominated with nine tackles apiece. Hungerford had a fourth quarter interception as well. JaQuan Artis also had another solid game with 7 take downs. 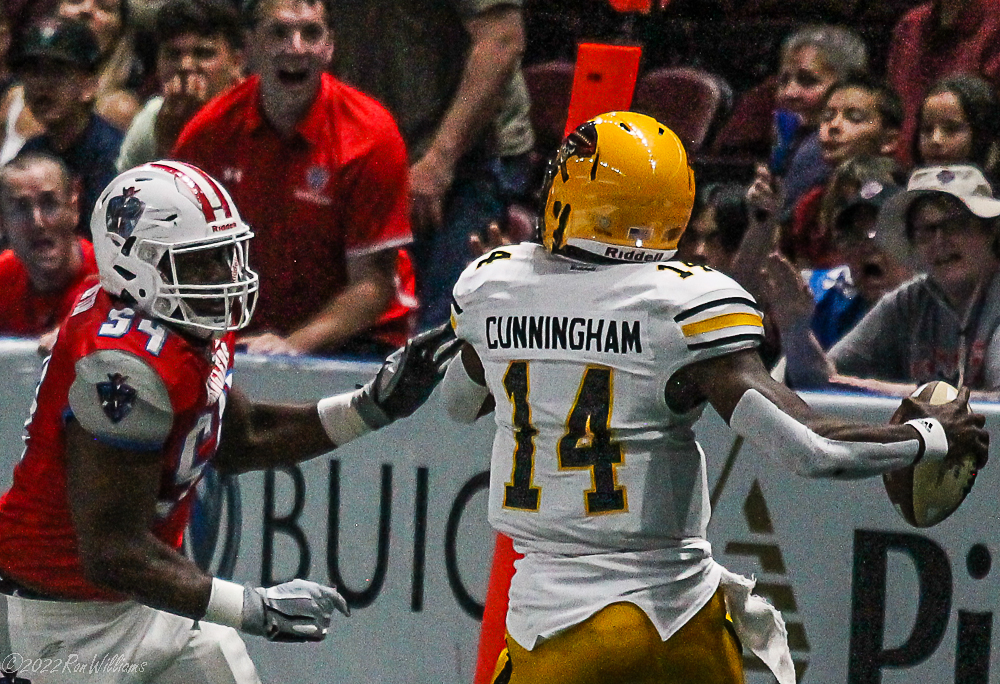 The Wranglers took the lead on a safety as Sugar Skull QB Gabriel Cunningham went down in the end zone as three Wranglers converged to pick up the two points nearly two minutes into the contest. The Northern Arizona offense pushed the score to 9-0 with a Kaleb Barker pass to Glen Gibbons Jr for a nine yard scoring strike. That would be it for the offense in the first half.

The defenses for both teams were impressive the final 23 minutes of the first half. The Wranglers lead grew to 15-0 as Israel Tucker took the second half kickoff 50 yards in an electrifying run. The Northern Arizona defense held the Sugar Skulls again, setting up a second Barker pass to Gibbons Jr, once again from nine yards out making it 22-0 with 10:23 left in the third quarter.

Tucson was finally to have a solid drive down the field that resulted in a six yard TD run by Mike Jones with 6:18 on the third quarter clock. Jones ended up scoring all three Sugar Skull touchdowns on running plays. Following a successful onside kick, Jones scored again on a five yard run and suddenly it was 22-14 at the end of the third quarter.

The Wranglers regained their composure as they moved the ball down the field to score capped off by a Kaleb Barker three yard run. Jones and the Skulls came back to make it 29-21 with 8:09 left, but the Wranglers would add one more TD on a Jerrime Neal pass reception from Barker. Hungerford’s pass interception put an end to this one.

Offensively, Kaleb Barker completed 8 out of 15 for 86 yards and three touchdowns. Barker used his legs to produce 57 yards and a touchdown. Israel Tucker picked 33 yards on seven carries. Glen Gibbons Jr had two TD receptions. Tucker and Quentin Randolph had a quiet night, each with two receptions. The Wranglers will host the Bay Area Panthers at the Prescott Valley Events Center, on Saturday at 6:05 pm.