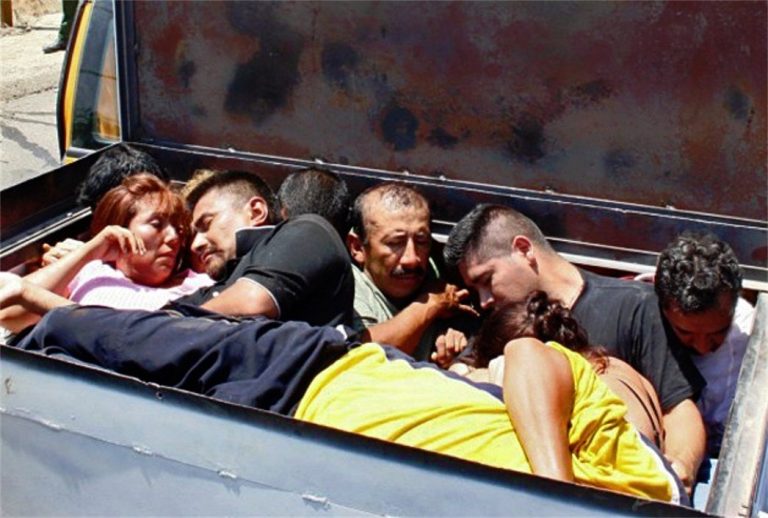 Governor Doug Ducey is calling on the leaders of social media companies to step up and take action to protect youth from cartel recruiting messages luring them into transnational human smuggling activity.

In a letter to the leaders of four social media companies, Governor Ducey called on the companies to do a better job at monitoring their platforms and preventing them from being exploited by cartels. The Governor wrote:

“Cartels [are] preying on those seeking refuge for a better life, and facilitating the flow of drugs into American communities. And ⁠— these criminals are using your companies’ social media platforms to make it happen.”

Transnational criminal organizations and cartels are capitalizing on misguided policies and lack of action by the federal government to smuggle dangerous drugs, weapons, vulnerable people and more over the border.

Social media serves as the recruiting method for these criminals. Arizona law enforcement has tracked posts and messages that mislead American citizens, who are often young, glamorizing a lifestyle made possible by human smuggling pay days.

In a story last week in the Sierra Vista Herald, Cochise County Sheriff Mark Dannels described social media posts offering drivers $2,000 per person to take over the border illegally and ways to evade law enforcement. Sheriff Dannels’ office partnered with Border Patrol, the Arizona Department of Public Safety and local law enforcement to crack down on erratic drivers bringing migrants over the border, but have seen the cartels offering to pay more money and “entice drivers to take their chances with law enforcement.”

In the letter to social media companies, the governor outlined the steps they can take to curb illegal activity on their platforms.

“Your companies have established reporting mechanisms for criminal behavior, but we need stronger action to prevent this activity that is drawing our young people into a life of crime. Inaction only enables cartels to victimize countless youth and families. This crisis presents a real opportunity for you and your companies to take action and make a difference.”

The governor and law enforcement have worked closely to direct resources to mitigate this problem. Most recently, following a meeting with county sheriffs at the end of April, Governor Ducey signed legislation to crack down on human smuggling.

These social media recruitment efforts lure teens and young adults into life-threatening smuggling operations way beyond what any child should experience. They are told to break traffic laws to evade police, endangering themselves, passengers and law enforcement – as seen at the end of April when a Phoenix teenager was involved in an attempted human smuggling operation that turned deadly.

“I applaud Governor Ducey for reaching out to social media companies to stop this criminal activity,” said Pinal County Sheriff Mark Lamb. “Most Americans do not realize how blatantly the cartels are utilizing social media platforms to recruit young Americans to participate in dangerous drug and human smuggling. Cracking down on cartel operations is a team effort. We’re all Americans – we need to band together to stop transnational criminal organizations at every turn.”

In other border-related news:

In addition to the letter, the governor announced additional actions aimed at enhancing border security and alleviating the impact of an unsecure border on Arizona communities. The efforts are made possible by use of the Border Security Fund, which was established in 2021 in partnership with the Arizona Legislature.

PrevPreviousOpinion: Many Newspapers Are on Death Row; Will They Be Reprieved? – Inside Sources
NextWatson Lake Open For RecreationNext