Opinion: Scrap the Insurrection Act of 1807 – Inside Sources 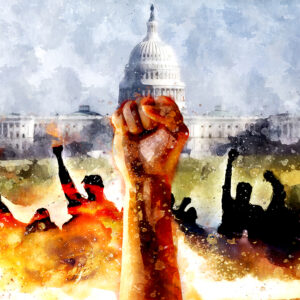 There has been some recent talk in Congress about changing the Insurrection Act of 1807. This act empowers the president to send federal troops to quash “any insurrection, domestic violence, unlawful combination, or conspiracy.”

Although altering the law has been caught up in the politics surrounding the end of the Trump administration, when the administration considered invoking it several times in 2020, the statute has always been dangerous, is outdated and unneeded, and should be either completely repealed or amended to restrict severely presidential actions.

In 1807, President Thomas Jefferson signed the congressional legislation when rumors abounded that the scurrilous Aaron Burr, his former vice president, was raising a personal army. During American history, it has since been used to send active U.S. military forces to both support and impair civil rights and quell a riot. In the latest case, President George H.W. Bush used federal forces to quell the 1992 Los Angeles riots in the wake of the acquittal of four policemen in the beating of Rodney King.

Yet one of the major fears of the nation’s founders — which continued well into the 20th century but has now been forgotten — was the dread that a standing military would impair Americans’ liberty. Because of the anxiety in American society about the depredations of the British military on civil liberties before the American Revolution, George Washington, the first president, had trouble getting Congress to give him enough forces to fight Native Americans on the frontier.

Only after two major defeats at the hands of the Indians did Congress even marginally increase the U.S. Army. And this skepticism of a standing military lasted through the 19th century and well into the 20th century. It was American tradition that when a war was over, most of the U.S. military demobilized — even after the sizeable conflicts in the Civil War, World War I and World War II.

Advantageous geography away from the world’s conflict zones — which endures to this day — meant that the United States did not have a sizeable army during peacetime until the 1950s after the Korean War, during the permanent Cold War. Hard to believe now that the United States has more than a million men and women under arms.

In addition, the active U.S. military has a tradition of staying out of domestic law enforcement. The Posse Comitatus Act of 1878 bans the federal government’s use of the military to enforce domestic laws without constitutional or congressional authority. Law enforcement was traditionally, and still is, mainly a function of local and state governments. If a domestic disturbance becomes too large or violent for those police forces to handle, any state’s governor can call out the National Guard in the state, which has part-time soldiers from that state that can be federalized and supplement the U.S. military during a major war but also can deal with domestic uprisings, natural disaster aid and other missions at home.

Thus, today laws like the Insurrection Act seem outdated. Local and state police forces are vastly better than in 1807, and instead of local and state militias, states now have highly trained National Guard soldiers under their control during peacetime to quash riots and other domestic disturbances.

One other factor is important. Unlike today — after the imperial presidency has assumed unconstitutionally broad unilateral commander-in-chief powers abroad and at home — the Constitution’s framers had originally intended that role to be the narrow one of being the top commander on the battlefield, who would simply carry out Congress’s will in national security.

Contrary to American popular belief, the framers assigned most national security powers in the Constitution to Congress, not to the executive. Congress can claw back some of that dangerous power from the executive by scrapping the Insurrection Act. In a dire emergency where none of the aforementioned means of dealing with a domestic upheaval have worked, Congress can convene quickly, using modern communication and transportation systems, to call in federal forces.

Alternatively, Congress could change the law to restrict the president to invoking it only as a last resort when all other means of quelling the uprising have been tried and only then after Congress has been meaningfully consulted. These safeguards would prevent, or at least impede, presidential temptation to use the law to abuse power or improperly violate cherished American civil liberties.

Ivan Eland is senior fellow and director of the Center on Peace and Liberty at the Independent Institute and author of “War and the Rogue Presidency." He wrote this for InsideSources.com.
All Posts »

1 thought on “Opinion: Scrap the Insurrection Act of 1807 – Inside Sources”