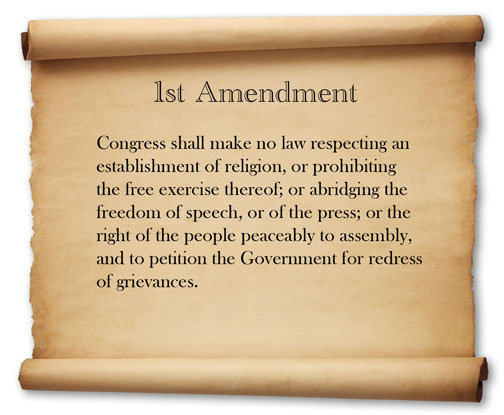 “Freedom of the press, if it means anything at all, it means the freedom to criticize and oppose.” – George Orwell

The mainstream media in our country today, does not, in any way, represent freedom of the press as mentioned in our First Amendment. What they represent is a philosophy of the far left and the agenda of the woke wing of the Democrat Party. If they were truly a free press, they would be asking questions that those in power need to answer. A free press would not only cover corruption, it would, like George Orwell pointed out, “criticize and oppose” it. An independent media, would ask questions of the powerful that need to be answered.

The first question that a free press would ask all of those in elected offices, but particularly those who have been in office for a decade or more, is: “Senator, (or Congressman, Governor, etc.), how have you accumulated so much wealth from the taxpayer salary you have been paid?”

The next pertinent question that seems to never be asked: “Who are your ten or twenty biggest contributors to your elections campaigns, and how much have they contributed?” Follow up questions: “Have you sponsored or voted for legislation that was beneficial to these contributors and what is your justification?”

When confronting specific politicians, more specific inquiries require answers. There are thousands of questions for President Biden that our left leaning, progressive agenda media has failed to ask. “President Biden, how much in campaign contributions have you received over the years from credit card companies, since you were instrumental in quashing a bill that would have greatly lowered interest rates on credit cards and made it easier for those with massive credit card debt to declare bankruptcy?”

More current topics for President Biden require answers. “Mr. President, are you ‘the big guy’ mentioned in your son, Hunter’s, laptop computer emails.” “If not, who is ‘the big guy’?”

“What effect has the millions of dollars made by Hunter, when he was on the board of Ukrainian energy company, Burisma or the three million or more dollars he was paid by the widowed wife of the mayor of Moscow, had on our foreign policy?” “How has it effected our position on the Russian/Ukrainian war?”

Moving down the current power elite, “Vice President Harris, how many qualified women were not given positions on boards and commissions, because you were appointed by your then boyfriend, Willie Brown?” “What, if anything, have you done to stop the massive invasion of our southern boarder by illegal immigrants?”

Continuing down the government structure of power, “Secretary of Defense Austin and Chairman of the Joint Chiefs of Staff General Milley, can either of you explain how training our troops about the dangers of White racism, tolerance of transgenderism, and new flight suits for pregnant pilots makes our military a more formidable fighting machine against our enemies?” “How much military equipment did we leave in Afghanistan for our enemies in the Taliban?” Do you think our ‘cut and run’ in Afghanistan, in any way, made us look like strong, brave defenders of democracy?”

Republicans should not be exempt from the hard questions, either. Senate Minority Leader, Mitch McConnell needs to be asked how he acquired his millions on thirty years of a government salary. In addition, he needs to answer the question: “Senator McConnell, has your or your wife’s connections to Chinese ship companies, effected your legislative agenda regarding the Communist Chinese government? What legislation have you sponsored, ramrodded or voted for that enhanced the Chinese?” “What legislation have you proposed, supported or voted for that would inhibit the Chinese Communist ability to spy, steal or marginalize our military secrets, high tech innovations or intellectual properties?”

Representatives Liz Chaney, Adam Kinzinger, Senators Susan Collins, Lisa Murkowski and other RINOs need to be asked direct questions. In fact, all elected officials, (and public bureaucrats for that matter), should be asked difficult questions about their votes, agendas, actions and morality, because as James Madison stated, “A popular government, without popular information, or the means of acquiring it, is but a prologue to a Farce or a Tragedy, or perhaps both.”

My question is: Are we not there, yet?