Arizona lawmakers among most, least likely in House to vote by proxy- Cronkite News 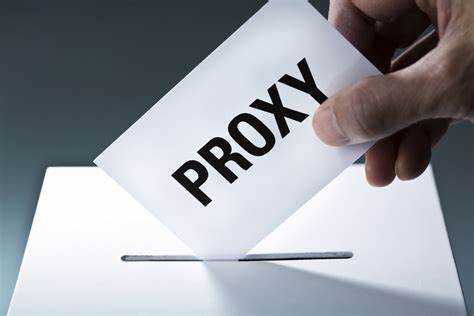 Two years after the House allowed proxy voting as a pandemic precaution, two Arizona lawmakers remain among the House’s most active proxy voters, while two others are among the stubborn minority that has never cast a vote by proxy.

A Cronkite News tally of more than 700 roll call votes since May 27, 2020, showed Reps. Ann Kirkpatrick and Raul Grijalva, both Tucson Democrats, ranked fifth and eighth in the House, with the two voting by proxy 84% and 64% of the time, respectively.

“I was elected to represent the 6th District by serving their interests in Washington, and that means being here in-person and voting in-person – not phoning in the work from somewhere else,” Schweikert said recently in an emailed statement. “If Americans across the country can show up for work every day, there is no excuse for Congress not to do the same.”

Neither Kirkpatrick nor Grijalva responded to repeated requests for comment on their proxy votes. But in August, Kirkpatrick told Cronkite News she felt “fortunate that we have the technology to do our jobs and remain safe during this ongoing global pandemic.”

But with the pandemic waning, some members on both sides of the aisle are saying it’s time to do away with proxy voting, which they say has been abused by some members.

Rep. Greg Stanton, D-Phoenix, is one of those calling for change. Stanton has cast 575 proxy votes for absent members – the vast majority of which have been for Kirkpatrick or Grijalva – more than any other member of the Arizona delegation.

“I’ve been happy to help my colleagues and make sure Arizona’s voice is heard and counted,” Stanton said in an email. “As we are now in a more manageable phase of the pandemic, though, I do believe it’s time to return to pre-pandemic rules and end proxy voting.”

Prior to proxy voting, members who were not present to vote simply could not do so. The House started to allow proxy voting at the outset of the COVID-19 pandemic, when travel and gatherings were strongly discouraged.

It was initially approved as a temporary measure, but has been extended repeatedly as the pandemic lingered. Under the rule, House members must state in writing that they cannot attend “due to the health emergency” and designate the member who will cast their vote for them. They must also tell their proxy, in writing, how to vote on each roll call.

Most Democrats have taken advantage of the practice, but even Republicans who were initially critical of the process have increasingly used proxy voting as it went on.

Rep. Paul Gosar, R-Prescott, who initially called proxy voting “shameful and unconstitutional,” did not cast any proxy votes in 2020. But he voted by proxy 15% of the time last year, and just under 30% of the time so far this year.

Rep. Debbie Lesko, R-Peoria, has voted by proxy for about 13% of all her votes since 2020. While she said she is opposed to it, she also said that as long as the tool is there she will use it. She called the process a creation of the current Democratic leadership, and thinks Republicans will do away with it if they win back the House majority this fall.

Some Democrats have discussed the idea of extending proxy voting permanently, but with certain restrictions, like limiting the number of proxy votes allowed per session or requiring members to apply for proxy voting privileges for certain periods.

“We know that millions of other Americans … get access to parental leave after the birth of a child, so should a member of Congress have that same ability?” asked Molly Reynolds, a senior fellow of governance studies at the Brookings Institute.

Reynolds said rules like that can be difficult to enforce in the House, however, noting that Republican members have previously flouted rules requiring masks on the House floor and metal detectors outside the chamber doors.

“The House generally just doesn’t have great tools at its disposal for policing the everyday behavior of members,” Reynolds said. “Like with the mask requirements and the metal detectors that were placed off the House floor, members would violate those rules and then be fined, but for some members, they wore the fine like a badge of honor.”

But Biggs said the debate ignores the constitutionality of establishing a quorum – the minimum number of members present needed for a vote – by proxy.

“We have decided we’re going to count whoever proxies as part of our quorum, and the constitutional requirement seems to be very, very clear that physicality is necessary to constitute a quorum in order to conduct business,” Biggs said last month during a House Rules Committee hearing on the future of proxy voting.

Reynolds said she would not be surprised if Republicans do away with proxy voting if they regain the majority in the House in the fall, but she hopes there will still be room for debate on the practice.

“I would expect that if Republicans take control of the House, they would eliminate it, and then I would hope that maybe there would be space for some future good-faith conversation around some version of it,” she said.