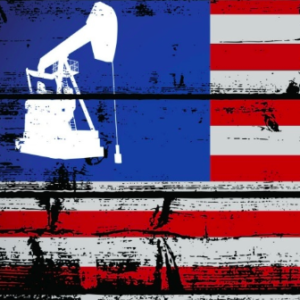 The White House’s latest policy pronouncement has American energy producers struggling with the question, “What does Joe want?”

After weeks of pushing for more oil and gas production to fight higher gas prices and push back on Russian President Vladimir Putin’s invasion of Ukraine, the Biden administration has announced it is reinstating National Environmental Policy Act (NEPA) regulations, a move virtually guaranteed to make it harder to produce more energy.

“So much for sticking it to Putin,” added Sterling Burnett, Director of Climate and Environmental Policy at the Heartland Institute.

NEPA, signed into law by President Richard Nixon in 1970, requires federal agencies to assess the environmental effects of their proposed actions prior to making decisions. “Using the NEPA process, agencies evaluate the environmental and related social and economic effects of their proposed actions,” according to the Environmental Protection Agency. “Agencies also provide opportunities for public review and comment on those evaluations.”

But as The Wall Street Journal reports, “Reviews can take years and run thousands of pages, covering the smallest potential impact on species, air, or water quality.”

Judicial rulings on the scope of NEPA had allowed the EPA to require a review of an infrastructure project — road, bridge, etc. — based on its “indirect” impact on climate, such as whether building a new road would encourage more driving and, therefore, more CO2 emissions. That level of review would have a disproportionate impact on new energy infrastructures like pipelines and refineries.

The Trump administration rolled back the “indirect” impact analysis and helped speed up the review process. Now the Biden administration has brought it back, requiring agencies to calculate the “indirect” and “cumulative impacts” that “can result from individually minor but collectively significant actions taking place over a period of time,” the Journal reports.

The new Biden policy appears to be at odds with the White House’s stated agenda of increasing domestic energy production to both lower consumer costs and take leverage away from Russia in the global energy market.

“NEPA plays a critical role in keeping our communities and our environment healthy and safe, and Donald Trump’s attempts to weaken NEPA were clearly nothing more than a handout to corporate polluters,” Fields said. “We look forward to the coming Phase 2 rulemaking and encourage the White House Council on Environmental Quality (CEQ) to finalize the strongest NEPA regulations possible, as soon as possible.”

Kenny Stein, Director of Policy for American Energy Alliance (AEA), considers this is another example of the Biden administration talking out of both sides of its mouth.

“The administration claims it wants to bring down energy prices and repair and replace America’s infrastructure, but then it takes regulatory actions like this that will make all federal permitting or federally funded projects slower and more expensive,” said Stein.

“The National Environmental Policy Act was passed to protect the environment in the development of infrastructure projects, a laudable objective,” says Tomb. “However, extremists perverted the process to essentially stop development forever.”

For example, Tomb says projects whose approval should have taken a year or two went on sometimes for decades or never happened at all.

“The Trump administration restored reasonableness to NEPA with defined time frames and a process that gave investors and others some level of predictability,” Tomb said. “By reversing Trump’s action, the Biden administration is returning chaos to the permitting of highways, pipelines, and other projects.”

“Road builders will have to account for the emissions from all the drivers that use the roads they construct in the future, none of which will have any measurable effect on the climate,” Burnett said. “Rather than “building back better,” these rules will virtually guarantee that almost nothing gets built at all.”