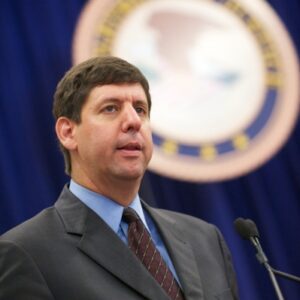 President Biden is again trying to get a director for the Bureau of Alcohol, Tobacco, Firearms and Explosives confirmed, but he is already dealing with a significant hurdle.

He announced former prosecutor Steve Dettelbach as his pick to become the permanent director of the ATF. Dettelbach will now face a rough confirmation process, one that his predecessor David Chipman did not make it through. It got that much harder with news that Dettelbach had repeatedly used heated rhetoric to cast doubt on the integrity of Ohio’s elections while running for attorney general. He accused his opponent, Dave Yost, “Don’t let Yost distract you. He is part of this mess. … Secret meetings. Rigged elections,” Dettelbach tweeted on April 11, 2018.

A review of Dettelbach’s social media by The Reload found he declared in at least 17 tweets that elections in Ohio were “rigged” in several different ways. He told local media the same thing. In November 2017, he wrote an op-ed accusing Yost of defending a voter registration policy he labeled “insidious” and the equivalent to cheating.

“It’s about whether elected officials can rig the political system to get a partisan edge,” Dettelbach said.

The White House did not respond to a request for comment on Dettelbach’s  comments. However, Biden said nominating him was necessary to combat the recent murder spike and enact his efforts to tighten gun regulations.

“Steve is immensely qualified,” Biden said. “Steve’s record makes him ready on day one to lead this agency.”

Dettelbach spent several decades as a prosecutor. He was unanimously confirmed to be a U.S. attorney for the Northern District of Ohio in 2009. However, his career took a political turn after leaving the office in 2016. In 2017, he launched his unsuccessful campaign for attorney general.

During that race, Dettelbach established his support for gun-control laws from universal background checks to an “assault weapons” ban while speaking with a local NPR affiliate. Yost ended up winning by about four points.

Biden’s nomination of an ATF director just a few months from the midterm elections will likely elevate guns as a campaign issue. Dettelbach’s confirmation hearing could come within the next month and, should he receive bipartisan support, a vote could follow soon after. However, Dettelbach’s rhetoric and record as a political candidate could make his confirmation more difficult and cause the process to stretch out past August as it did with Chipman, who withdrew his nomination to head the agency.

Moderate senators will decide the ATF nominee’s fate as only 50 votes are required for confirmation. The president has to persuade independent Angus King  of Maine and Democrats Jon Tester of Montana, Kyrsten Sinema of Arizona and Joe Manchin of West Virginia to back Dettelbach. None of them publicly said they would have voted for Chipman, and King was widely cited as the main roadblock to his confirmation.

Gun-control groups, several of whom endorsed Dettelbach in his 2018 race, were enthused by the pick. Shannon Watts, founder of Moms Demand Action, said it was the result of her group’s efforts and called on the Senate to confirm him quickly.

However, his confirmation is already facing skepticism from the firearms industry. The National Shooting Sports Foundation, an industry trade group, said it would “listen carefully” to Dettelbach’s comments at his confirmation hearing, but will only support an ATF director who “will not politicize the ATF to advance a partisan gun-control agenda.”

Gun-rights groups were more blunt, with the National Rifle Association calling the pick Biden’s way of doubling-down “on his attempt to put a gun-control advocate in charge of the agency responsible for regulating America’s firearms industry.”

During his nomination remarks, Dettelbach pledged support for ATF agents and staff. He said he would focus the agency on fighting gun violence by going after gang members and individual criminals alike.

“As we emerge from this pandemic, we’ve got to recognize many Americans still face fear and isolation not because of a virus but because of an epidemic of firearms violence,” he said. “It’s not a new problem, and it has many causes. That’s why it’s going to take an all-hands-on-deck partnership approach to address that issue. And the ATF will be there.”

Since it became a Senate-confirmable position back in 2006, only one permanent ATF director has been confirmed. For years, the agency has been run by a series of short-term acting directors. Dettelbach is the latest to try to buck that trend. 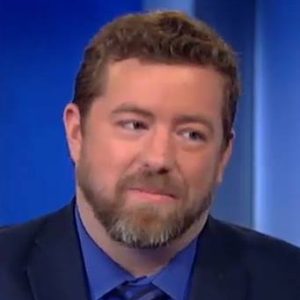 Stephen Gutowski is founder and editor of The Reload, a publication focused on gun policy and politics. He wrote this for InsideSources.com.
All Posts »