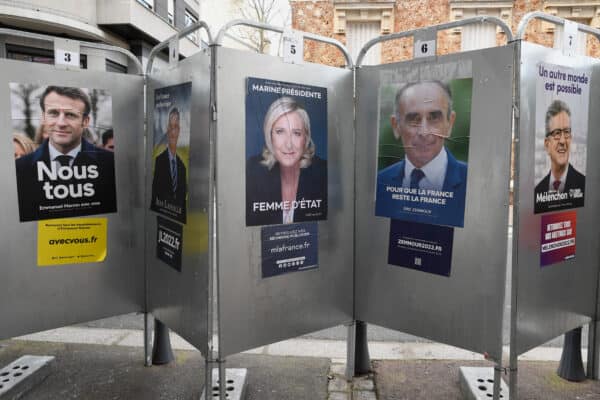 Political change starts at the margins. Activists advance the cause, but may not reap the benefits. We clear the way for those who come later. But we can tell the truth and have fun doing it.

President Emmanuel Macron’s appeal in the last election was his claim of independence. He started a new party and governed from the center. Occasionally, he flirted with race realism. He broached the subject of the African population explosion. He refused American wokisme He sometimes talked about border control. He probably understands race, but refuses to act.

Enter Eric Zemmour. The nationalist writer struck exactly the right tone with his “Reconquest” party. He shrugged off criminal convictions for “hate speech,” i.e. common sense. He explicitly invoked The Great Replacement, forcing other candidates to talk about it. He put President Macron on record as denying The Great Replacement while also admitting that immigrants don’t assimilate. Mr. Zemmour said the Republic should seize African leaders’ French homes if countries won’t take back their unwanted populations. He says France must be for the French.

The French presidential election has two rounds. The first will be on April 10. The two leading candidates then go to a run-off on April 24. According to polls, President Macron is winning in both the first and second rounds. While Mr. Zemmour is a distant fourth, Marine Le Pen trails the President by just a couple points. More importantly, Marine Le Pen is within striking distance in the runoff. Let us hope this won’t be a repeat of 2017, in which President Macron crushed Marine Le Pen in the second round. 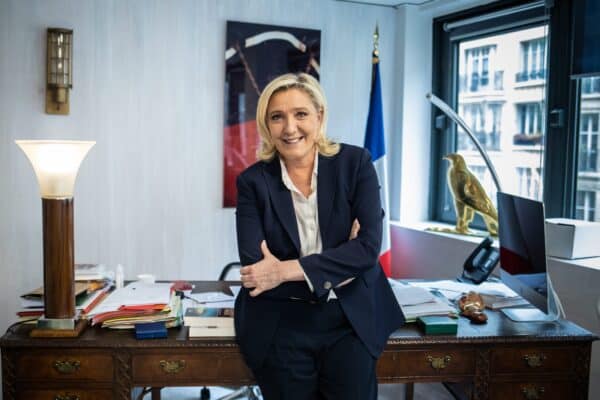 What has changed? Marine Le Pen has tried to soften her image. She changed the name of Jean-Marie Le Pen’s National Front to National Rally. In the last election, she wanted a referendum on leaving the European Union. That was unpopular. This year, she championed economic issues. She wants to lower the retirement age, cut taxes for young workers, raise taxes on the wealthy, set up a French sovereign wealth fund, and subsidize struggling economic sectors.

This makes libertarians cringe, but it is winning Marine Le Pen new supporters. Her focus on inflation and cost-of-life issues are popular with ordinary people. She is also outworking President Macron on the campaign trail, a welcome contrast to his “Jupiterian” self-image. Mr. Macron is tying Marine Le Pen to President Vladimir Putin, but Viktor Orban’s victory in Hungary shows that voters might be more worried about their own problems than being dragged into a new war.

Marine Le Pen says Mr. Zemmour is too harsh. Marine Le Pen is using the same tired tactic of attacking to the right, and this could strengthen any effort to silence Mr. Zemmour or other nationalists after the election. Bloomberg blames Facebook for not stopping Mr. Zemmour. The New York Times blames media mogul Vincent Bolloré for the rise of “a noxious blend of oligarchy, nostalgia and bellicose nationalism.” Corporate control of what people can see and hear is a key part of Western “democracy.” Marine Le Pen’s attacks on Mr. Zemmour threaten a fatal split in nationalist ranks. She refuses even to form a common electoral front with Mr. Zemmour. Marion Maréchal-Le Pen, Marine Le Pen’s niece, is more faithful to the original National Front and is backing Mr. Zemmour. 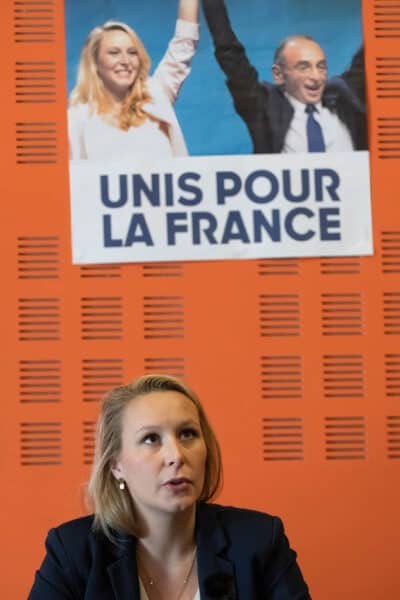 Both camps must ultimately reconcile. The stakes are too high. Assuming leftists don’t unite to score an upset victory, Marine Le Pen will face President Macron in the second round, trailing by just a few points. Her victory could be within the margin of error. This has sown panic:

Marine Le Pen must know that she has reached this point because Mr. Zemmour made her respectable. People are as “right-wing” as they are “allowed” to be. “Far-right” policies on immigration, cost-of-living, and foreign policy are just expressions of self-interest, something whites aren’t allowed to pursue. More militant candidates can open space, making fringe concepts more mainstream. When that happens, normal people can vote their interests. 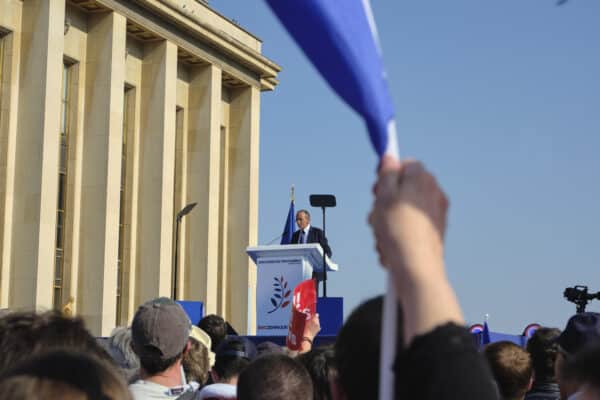 Mr. Zemmour doesn’t think he’s an extremist. In his view, he’s following the patriotic vision of Charles de Gaulle. He almost certainly feels insulted by Marine Le Pen’s behavior towards him. However, he should take pride in making a Marine Le Pen victory a real possibility. No matter what happens after this election, his influence will grow. History remembers champions, even failed champions, more than it measures cautious politicians. A Marine Le Pen victory would fundamentally change European politics, and Mr. Zemmour would deserve a lot of credit for it.

Many outlets frankly admit this:

White advocates know truth is all-important. It is our job to put pressure on politicians so they do what we want. We must appeal to politicians’ interests, not try to convince them. That usually means attacking them from the right. It may also mean clearing the way and helping them. During the campaign, Mr. Zemmour has been doing both at once. If the first-round ends in a Marine Le Pen-Emmanuel Macron race, I hope Mr. Zemmour will have the courage to stop attacking Marine Le Pen, endorse her, unite French patriots, and save both the Republic and Europe. Similarly, Marine Le Pen must show French nationalists that she hasn’t abandoned her immigration policies.

I think Mr. Zemmour is a hero and Marine Le Pen is too cautious at best and a coward at worst. At the same time, I don’t think Marine Le Pen would be just another French president. Her presidency would unleash productive forces.

It would also be good for Mr. Zemmour, perhaps even the beginning of his true political importance. Marine Le Pen learned from her past political mistakes and improved her election strategy. Reuters says Mr. Zemmour’s campaign “has fallen back as he struggles to formulate ideas beyond immigration and security and has been hurt by his comments on Russia.” That may be true, and Mr. Zemmour can learn from it. Now that he’s established a true movement and proven his credibility on the most important issue, he can build a party that attracts more French voters.

This will be Marine Le Pen’s last chance to be president. Voters won’t tolerate a second failure against President Macron. Whatever Marine Le Pen’s fate, the future of the French (and perhaps European) Right lies with Mr. Zemmour’s movement. I hope Marine Le Pen wins the election and that Mr. Zemmour helps that happen. However, the Reconquest of France, Europe, and America, goes beyond one election. I suspect Mr. Zemmour already knows that. What he’s already accomplished is paving the way for the victories of the future. If he can help Marine Le Pen win in the second round of the elections, that Reconquest will be just beginning.

Mr. Hood is a staff writer for American Renaissance. He has been active in conservative groups in the US. You can follow him on Gab
All Posts »