Opinion: Ukraine and the Coming Test for Europe – Gregory Hood 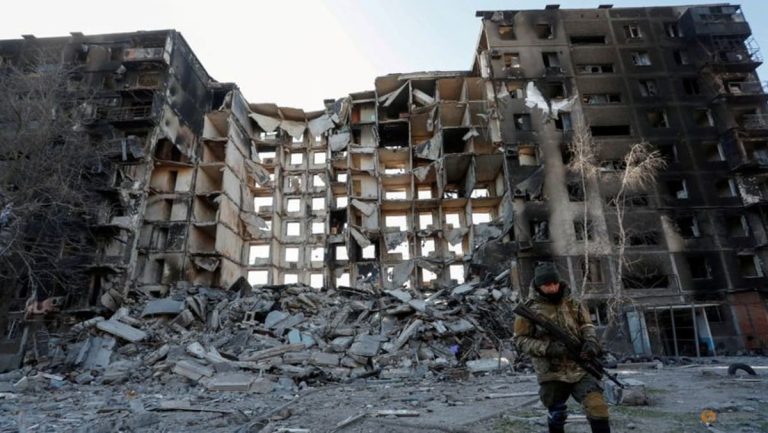 The war in Ukraine is a great inspiration for the center right. Douglas Murray says it has given the West its purpose back, and that Poland has become a “humanitarian superpower.” Francis Fukuyama, author of The End of History and the Last Man, says this could mean a “new birth of freedom.” American conservatives, always eager to save Leftism from itself, are denouncing Vladimir Putin’s “illiberalism.” This is all bad news. Another victory for American-style liberal democracy is not what we need.

Some white advocates support Ukraine. The Azov Battalion, a military unit most media called “Nazis” before the war, has now become the brave martyr of Mariupol. Greg Johnson backs Ukraine, though he believes it may become stronger if it sheds the breakaway republics in the east. I visited the Donetsk People’s Republic years ago, and I agree. Those people are Russian. Ukraine will be more united without them. By facing the “horizon of war” that Dominique Venner invoked, Ukraine might lead Europe towards becoming more than a satrap of the United States. Germany is rearming and Europe is taking more responsibility for its own defense. 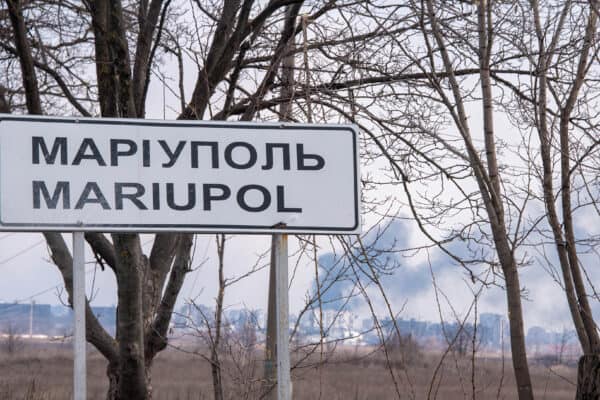 March 17, 2022, Mariupol, Ukraine: Smoke can be seen rising in the background from the sign at the Mariupol city limits. Intense bombardment has seen much of the strategic coastal town reduced to ruins as Ukrainian forces under the controversial Azov battalion attempt to defend the town. (Credit Image: © Maximilian Clarke/SOPA Images via ZUMA Press Wire)

We could even see “far-right” movements rehabilitated. Stepan Bandera, who collaborated with Germany against the Soviet Union during World War II, is a hero to many Ukrainians. Nor has the invasion hurt nationalist leaders on the Continent. Hungary’s Viktor Orban, who had a cordial relationship with Russia, actually appears to be benefitting from the conflict just before a critical election. His opposition is splintering. In French election polling, Marine Le Pen, who has been close to Vladimir Putin, is catching up to President Emmanuel Macron.

There is a case for white advocates to back Ukraine. This war might help Europe rediscover its white identity. It could be a more politically correct version of what Germany tried to do during the Second World War: unite all of Europe against the menace from the East. Russia is said to be fighting this war in the name of “denazification,” and President Putin has repeatedly affirmed Russia’s multinational and multi-religious identity. If Russia is separating from the West, the war in Ukraine is a civilizational contest, with Ukrainian resistance and victory raising the prospect of Western renewal.

I don’t buy it. It’s more probable that a Russian defeat would mean that the United States government — the most powerful anti-white force in the world — would push even more cultural poison into our ancient homeland. To our rulers, “Western values” mean LGBTQ+, Black Lives Matter, and white guilt. One French school even reportedly set up speed dating between Ukrainian girls and black “Frenchmen.” That’s the “Europe” Ukrainians may be dying for. Europe may be rearming, but it is still firmly under American domination.

In the long run, “victory” could prove more destructive to Eastern Europe than Soviet occupation. Soviet-style Communism may rot the body, but “Western” democracy rots the soul. The West’s true enemies are its own rulers, who are now seeking to bleed a geopolitical rival. After the war, they will quickly ditch their sudden tolerance for nationalism and armed civilians. If Ukraine triumphs, its bravest defenders may find themselves being charged with “hate speech” violations just a few years from now. The corporate media’s about face on the Azov Battalion won’t last. 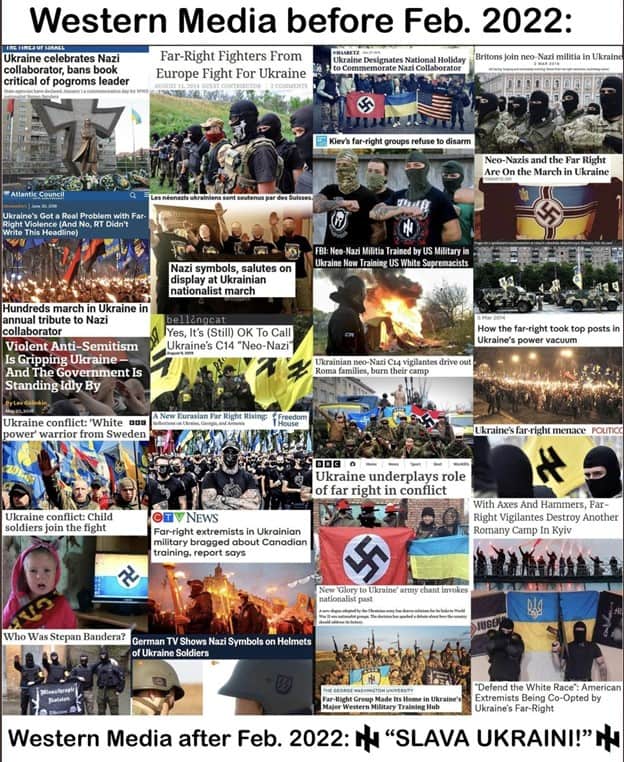 f Russia defeats Ukrainian forces in the Donbas and Ukraine is forced to cede territory, President Volodymyr Zelenskyy might find himself under attack from nationalists in his own country. If Ukraine wins, analysts should be cautious about welcoming the fall of Vladimir Putin. It’s unlikely a liberal democrat would take over, even though most media would call this a great victory for global liberalism.

I see a different and greater crisis than the war: the huge wave of Third Worlders who will sweep into the West because of rising food prices. They will come whoever wins. They will come if no one wins. The European response will be a much better sign of our plight than maps of troop movements.

Energy costs in Europe are already rising and could lead to recession. The Continent is in no position to babysit more Africans and Arabs. But they will come. About 20 percent of fertilizer exports came from Russia in 2021, but Moscow is cutting back. Russian ally Belarus is an important source of potash, desperately needed for growing more food, but Europe sanctioned Belarus. Ukraine produces more than 10 percent of the world’s wheat and is the world’s largest producer of sunflower oil. If food is more expensive in the First World, imagine what is happening in the Global South. 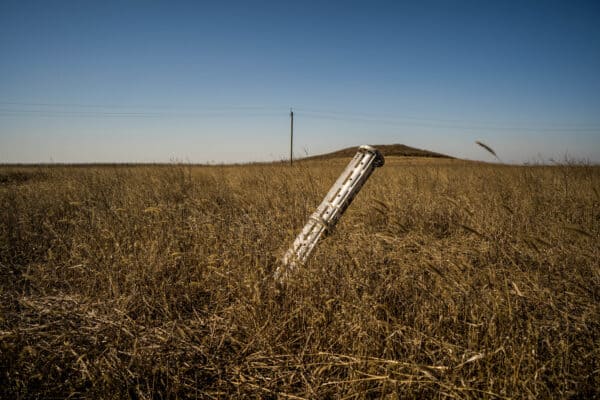 “The question now arises,” President Putin asked in a recent speech, “who will answer for the millions who will die of hunger in the world’s poorest countries due to growing food shortages?” The answer is probably ordinary white people, the same people who must always shoulder the world’s burdens. United Nations World Food Program director David Beasley said that unless the West paid billions more, presumably with tax dollars, the world would face “famine, destabilization, and mass migration.” Russia and Ukraine account for half of Africa’s wheat imports. Just as the overthrow of Libya’s Muammar Gaddafi sparked a migration crisis in Europe, Western insistence on bleeding Russia could send another flood of Africans into the Continent.

Russian control of the Black Sea could stop Ukrainian exports, and food prices will probably rise through next year. US Deputy Secretary of State Wendy Sherman says the government is “particularly concerned about countries like Lebanon, Pakistan, Libya, Tunisia, Yemen, and Morocco which rely heavily on Ukrainian imports to feed their population.” East Africa is also short on food and there is a war in Ethiopia that is unleashing even more refugees.

Media are already grumbling that Poland prefers white refugees to Arabs and Africans.

When the Africans and Arabs arrive, the media will pressure politicians to accept them. They will call discriminating against them in favor of Europeans cruel and unjust. 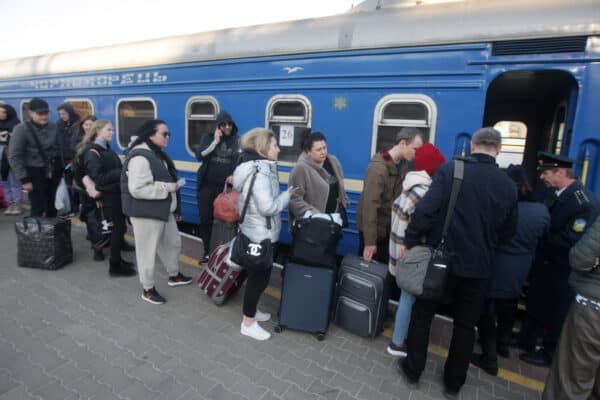 Poland welcomes Ukrainians because they are white. Yes, there is a racial preference and that is exactly as it should be. Different races are not the same. Europe belongs to its indigenous white inhabitants and to no one else. When the flood comes, Poland — and the rest of Europe — must state this plainly.

Ukrainian refugees may eventually go home, but if they don’t, they will contribute to their new homes. The cultural, ethnic, and linguistic differences between Ukraine and Russia are apparently enough to justify war, but journalists think importing utterly foreign non-whites is a wonderful idea.

While Ukraine itself is fighting for its independence, in just a few years, a truly “European” Ukraine may find the war was pointless. Already, journalists are piling on:

A “liberated” Ukraine would quickly face the same pressures and be forced to take the same poisons as other European nations. It would be like Ireland. The Irish fought the British for centuries. Not long afterward, they surrendered the country to foreigners far more alien than the English. Mass immigration may reduce the Irish to a minority within this century. This means every life shed for the Irish Republic was wasted. Westernized Ukrainians could meet the same fate.

But perhaps not. Europe faces war, recession, and the aftermath of Covid. When resources are scarce and competition is fierce, racial identities tend to strengthen. If a consolidated, nationalist Ukraine joined the European Union and France or Italy turned nationalist, everything could change. We could see a truly European Union, by and for the Continent’s indigenous people. Russia could maintain its own identity, a cousin to our own, but with the dream of unity that was lost because of Western policymakers’ cruel decisions after the Cold War.

Will Europe treat non-white migrants as it has Ukrainian refugees? If so, then there is no real Europe. But if the continent can face the “horizon of war,” both from Russia and from Third World migration and defend itself, it will regain its identity. Perhaps, then, this horrible war will have been worth it.

The migrant wave will hit us, too. The administration wants to lift border controls set up to combat the pandemic. President Biden said the United States would welcome Ukrainian immigrants, with priority for homosexuals and journalists. No doubt he will also welcome as many non-white migrants as want to come.

Americans overwhelmingly believe the country is moving in the wrong direction and President Biden is more unpopular than ever. Unfortunately, the Republicans offer no alternative. Until white advocates offer one or break up the system altogether, the decline will continue. However, Europe is not doomed to our fate.

War offers an opportunity to both Europe and Russia. Russia has dared all to become an independent civilization. This is a tragedy for the West, which could have won Moscow over to our common civilization after the Cold War. America’s reckless foreign policy prevented that. Still, this prevented Russia from being dragged into our own cultural degradation. Now, President Putin has taken a huge risk to ensure Russia stays sovereign. Russia may well emerge stronger having cleansed itself of Woke Capital and Russians desperate to escape their Motherland. 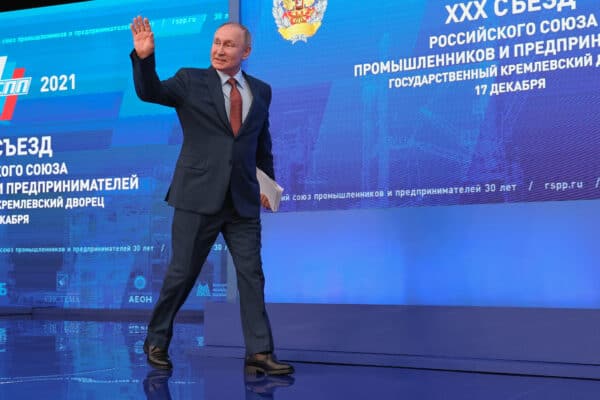 Russia’s President Vladimir Putin finishes his speech for the 30th Congress of the Russian Union of Industrialists and Entrepreneurs in Moscow, Russia. (Credit Image: © Alexander Shcherbak / TASS via ZUMA Press)

Similarly, Ukrainians are astonishing the world with their ferocious resistance. They are creating a cult of heroism we can envy. They think they are fighting for their own sovereignty, but they are really fighting to become part of the West rather than Eurasia. We must shape what kind of a West it will be. Let us hope they don’t sacrifice their lives and their country to join a system that self-respecting white people are desperate to escape. Occupation by Russia would be far preferable.

As Jean Raspail wrote in The Camp of the Saints: “In war, the real enemy is always behind the lines. Never in front of you, never among you. Always at your back.” My fear is that Ukrainians are being used as cannon fodder for rulers who don’t deserve them, and that President Putin has launched a war of extermination when he thought he was reuniting a single people. White unity is more important than ever, and we can’t afford wars like this one. Ukraine and Russia are fighting on a civilizational boundary, not just a national one. However, it’s still not the real conflict.

The real war that’s coming is the non-white invasion of Europe. Does Europe have the will to turn the invaders back? In the long view of history, that’s more important than whether the Ukrainians can drive out the Russians.

If Europe turns itself into an extension of the Third World, the sacrifices of Ukrainian patriots today will have been for nothing. How Europeans respond to the coming migration crisis will determine whether there is even a Europe left to defend. The real invasion hasn’t yet begun.