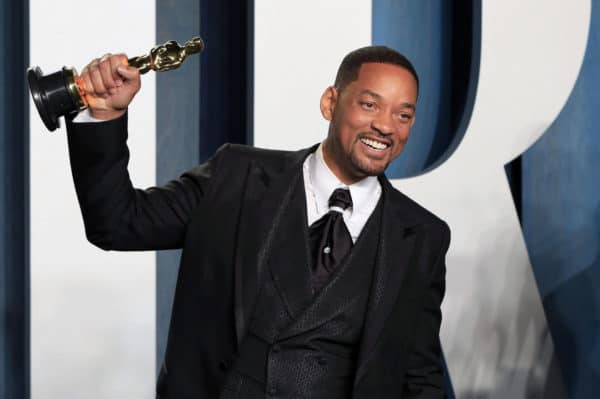 Photo: March 27, 2022: Will Smith with the Oscar for Best Lead Actor in King Richard (Credit Image: © Imago via ZUMA Press)

What Will Smith once called “The Willenium” in the innocent days of 1999 has taken a dark turn. It’s either that or the Academy Awards, which were losing viewers, arranged a publicity boost from some black-on-black violence.

Will Smith walked on stage and slapped Chris Rock after the comedian mentioned Mr. Smith’s wife, Jada Pinkett Smith. Mr. Rock joked that Mrs. Smith, who is bald from alopecia, could be in GI Jane 2. GI Jane was a 1997 film about woman who become a Navy SEAL, essentially by overcoming her femininity. Mr. Smith hit him, returned to his seat, and then screamed that Mr. Rock should keep “my wife’s name out of your f***ing mouth.”

The chivalric pose was off key; the Smiths have an open marriage and their mutual infidelities are very public. Presumably, Mr. Smith would have been less angry if Mr. Rock had just slept with his wife. The farce was capped off when the Academy gave Mr. Smith the Oscar for Best Actor for his role in King Richard. He then gave a speech about love just 45 minutes after he hit someone in front of the whole world.

King Richard is a movie about Venus and Serena Williams and the role their father played in making them tennis stars. At the ceremony, Beyoncé Knowles sang a song from the soundtrack, accompanied by singers from Compton. The film, which I have not seen, naturally is about race. Vox said it coincided with “a larger cultural reckoning on race,” telling the story of a bombastic man confronting a sport that “wealthy, predominantly white people play.” (The article also lamented tennis’s “inherent level of racism and classism” and used reverential upper case for Blacks but not whites.)

Will Smith’s Oscar may be withdrawn because of his behavior. Assuming it wasn’t scripted, it was clearly assault. Will Smith was not arrested and Mr. Rock is not pressing charges.

An interesting footnote is that Jada Pinkett Smith tried to organize a boycott of the Oscars in 2016 because it was too white. #OscarsSoWhite is a regular hashtag. This year, the Oscars were ostentatiously political. 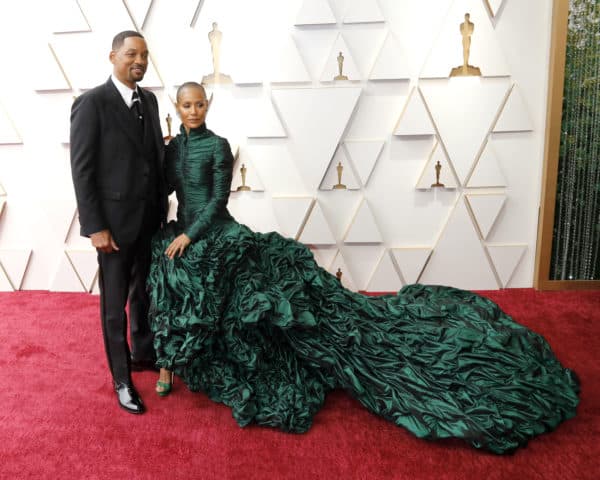 Many media outlets have dubbed a Florida bill that would ban discussion of sexual orientation and identity in primary schools the “don’t say gay bill.” Actually, it’s an attempt to prevent leftist teachers from indoctrinating children. But, of course, Amy Schumer, Wanda Sykes, and Regina Hall mocked Floridians by chanting “gay,” while celebrities clapped. “This year we saw a frightening display of how toxic masculinity turned into cruelty toward women and children,” Regina Hall said. Wanda Sykes replied, “Damn that Mitch McConnell!”

Jessica Chastain won Best Actress for portraying televangelist wife Tammy Faye Baker. She used her platform to denounce “bigoted” legislation and “violence and hate crimes.” (Does that include hoaxes?) Best Supporting Actress Ariana DeBose praised herself for being “an openly queer woman of color, an Afro-Latina.” She made sure to stress her accent when she said “Afro-Latina.” 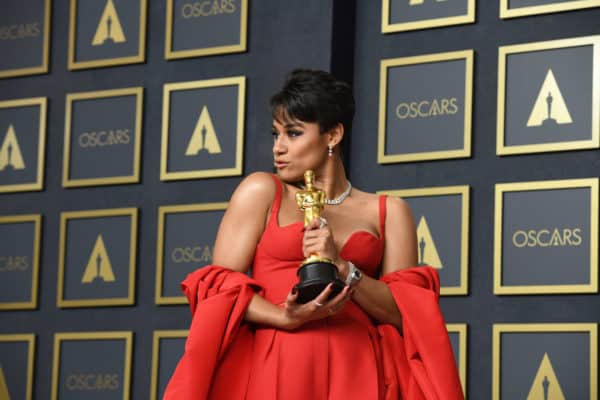 Though Ukraine is the “Current Thing,” there was still plenty of forced diversity. Summer of Soul, about the Harlem Cultural Festival of 1969, won best documentary. “This is about marginalized people in Harlem that needed to heal from pain,” said director Ahmir “Questlove” Thompson. John Leguizamo, paying tribute to the “great representation” at the Oscars, rejoiced in the “great Latinx faces” in the audience. He must be one of the 3 percent of Hispanics who use the term. Disney won Best Animated Feature for Encanto. Hispanic producer Yvett Merino said she was proud to work on a film that “put beautiful, diverse characters front and center.” All this wasn’t enough for one black outlet. “The Oscars Still So White Despite Efforts to Diversify Hollywood,” said Newsone.

Still, everything was overshadowed by Will Smith’s slap. Some blacks on Twitter worried that this year’s diversity won’t be repeated because blacks couldn’t control themselves.

Others said the real question was whether people should ever respond to speech with violence.

Finally, some said this was just what blacks do.

When Will Smith accepted his Best Actor award after assaulting another black man, he apologized, and explained that love makes you do crazy things. (Wife beaters say that.) He got a standing ovation.

Rep. Ayanna Pressley tweeted support for the slap, and then deleted it. (She also is bald from alopecia.) Black actor Denzel Washington and black director Tyler Perry also comforted Mr. Smith after the incident. Rep. Jamaal Bowman also seemed to support the slap, though he may have thought it was a stunt.

Meanwhile, the House passed legislation making it a federal civil rights violation to discriminate against blacks with wild hairstyles (or, presumably, no hair). This is the CROWN Act Mr. Taylor described earlier this month. This is what our rulers think is important.

Few normal people were thinking about the Oscars before Will Smith struck. (I didn’t know it was happening until I saw the slap on Twitter.) However, even if it was a stunt, it’s hard to imagine that a white man who slapped someone on stage would get a standing ovation instead of a lecture about “toxic masculinity” and a back seat in a police car. When an antifa thug sucker-punched Richard Spencer at President Trump’s inauguration, media celebrated. I find it hard to believe they are suddenly worried about violent reactions to speech.

We’re well into decline. Millionaires and celebrities don the mantle of victimhood while insulting ordinary Americans. We are attacked physically, culturally, and economically. We are being replaced. Yet we are told that we are the ones with privilege. Last night, non-whites celebrated their identities as whites clapped idiotically or praised LGBTQ+ causes. This seems to be their way of claiming an identity. It was a true picture of America’s decadent aristocracy.

What is America? Powerful media don’t just reflect America, they shape it. What do we have in common with these people? A culture like this is not something any self-respecting white should be part of, let alone defend. The real America, the true America, the European-America, is never on prime time. The real nation will not be televised.

Still, the Oscars ended well for us. When I was young, Will Smith was the clean, family-friendly rapper who “don’t gotta cuss in raps to sell his records,” something Eminem mocked in “The Real Slim Shady.” However, much like Bill Cosby, the one-time black role model is tainted. He’s just another thug. Worse, he’s a pitiable thug, defending the honor of a woman who is hardly Caesar’s wife. He appeared to laugh at the joke, then look at his wife, and then decide to attack. His son, who wears dresses, also seemed to support the assault. Will Smith is undoubtedly a successful man, but his personal life is sad. I don’t think this was a stunt.

Violence, degeneracy, impulsiveness, and self-righteousness are a poisonous combination. From the heights of American celebrity culture to blacks rioting in Miami and Panama City Beach last week, the black “culture” our rulers want us to honor is a calamity. Will Smith undid all the Oscars’ syrupy-sweet diversity propaganda with a single blow.