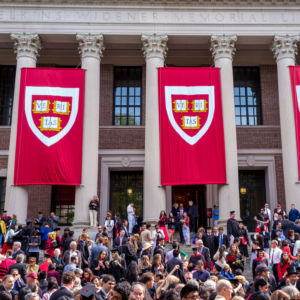 For an alternate viewpoint, see “Counterpoint: Blind to Race or Blind to Racism? Colleges Must Answer.”

Its recent acceptance of two cases, one against Harvard University and the other against the University of North Carolina, gives the court a chance to stop finally a morally indefensible practice that has become common in universities and colleges across the country: discriminating in their admissions on the basis of race.

In 2014, Students for Fair Admissions filed two lawsuits: one against Harvard, the nation’s oldest private university, the other against UNC, the nation’s oldest public university. The lawsuits claimed that the schools’ admissions policies violate Title VI of the Civil Rights Act of 1964 and the 14th Amendment because they discriminate against Asian-American students applying for admission.

Title VI bars discrimination on the basis of “race, color or national origin” in any program that receives “federal financial assistance,” which would include both colleges. The Civil Rights Act was passed under the authority of Congress to enforce the 14th Amendment, one of the post-Civil War Reconstruction amendments that bans denying any individual “the equal protection of the laws.”

It was clear from the evidence that both universities blatantly discriminate in their admissions on the basis of the race of the students. Members of certain minority groups — such as Hispanics and African-Americans — are accepted with lower qualifications and lower academic credentials than other students, particularly Asian-American students, who are being penalized for their high overall achievements in the academic arena.

In fact, Harvard is using many of the same techniques it used 100 years ago to discriminate against Jewish students. Harvard routinely gives Asian-American students the lowest personal “character” and “fitness” ratings of any racial group.  Such odious and offensive stereotyping is apparently still considered acceptable in the admissions offices of many 21st-century American universities.

Despite the overwhelming evidence of discrimination, lower courts ruled against the students and allowed both universities to continue their discriminatory practice. They reached this unjustified decision by misapplying a Supreme Court precedent from 2003, Grutter v Bollinger, which, along with the University of California v. Bakke (1978), upended the court’s prior decision in Brown v. Board of Education (1954).

The Brown decision ended racial segregation in education. Yet in the Grutter case, building on the Bakke decision, the court abandoned the racial neutrality standard and held that universities could use race to pursue “diversity” — an amorphous, unmeasurable standard open to abuse — if no race-neutral alternative existed. Former Justice Sandra Day O’Connor hoped that such racial preferences would “no longer be necessary” 25 years after the decision.

As Students for Fair Admissions says in the petition it filed with the Supreme Court, universities have used Grutter “as a license to engage in outright racial balancing,” in other words, racial discrimination and quotas. The Harvard case even uncovered a secret meeting held twice a year by major universities where admissions officers compare their numbers to ensure they all have approximately the same racial percentages of admissions, a quota system.

It was clear in these cases that neither university tried a race-neutral alternative to achieve their “diversity” goals.  Also, by “diversity,” they are not looking for students with a wide diversity of opinions, viewpoints, life experiences and academic knowledge. Instead, their admission decisions are based on stereotypes and the assumption that an individual’s race determines how that person thinks and what opinions he or she holds. That is insidiously racist.

In 2007, Roberts called it when he said “it is a sordid business, this divvying us up by race.” And the late Justice Antonin Scalia was absolutely right in 1989 when he said that discrimination “on the basis of race is illegal, immoral, unconstitutional, inherently wrong and destructive of democratic society.”

It is just as wrong to discriminate against Asian-American students today as it was wrong to discriminate against African-American students in 1954. These racist practices teach students who have diligently applied themselves that, at universities like Harvard and UNC, the color of their skin is more important than their dedication, hard work and character.

The Supreme Court has a constitutional, legal and moral obligation to overturn Grutter, end this corrupt, offensive discrimination, and guarantee all students an equal opportunity to succeed.

Hans A. von Spakovsky | Inside Sources

Hans A. von Spakovsky is a Senior Legal Fellow at The Heritage Foundation and former counsel to the assistant attorney general for civil rights at the U.S. Justice Department. He wrote this piece for InsideSources.com.
All Posts »