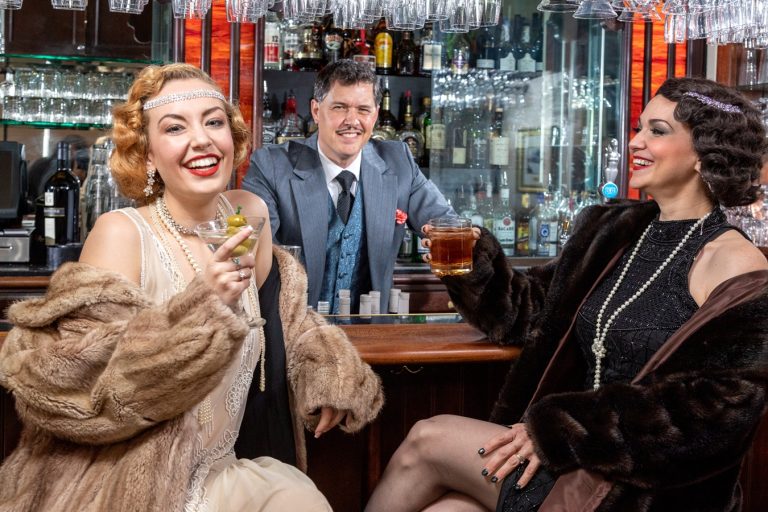 Two flappers who’d kill for the spotlight. One lawyer who lives for the spotlight. A shameless show trial, a town drunk on scandal and all that jazz combine for a brassy high point to Yavapai College Performing Arts’ 2021-22 Season. Chicago, that hilarious Tony-winning musical of roaring 20’s politics, bathtub gin, and showgirls gone really, really wrong, opens Thursday April 14 and runs through April 24 at YCPAC.

Recent generations know Chicago from the 2002 movie adaptation that won Oscar nominations for Rene Zellweger, Richard Gere, and Catherine Zeta-Jones. Others may remember the 1996 stage revival featuring Ann Reinking and Bebe Neuwirth, or even the groundbreaking 1975 Broadway premiere that immortalized Gwen Verdon, Chita Rivera and Director/Choreographer Bob Fosse. But Chicago’s roots trace all the way back to 1924, when an attractive young woman named Beulah Annan shot an alleged suitor dead, then played a fox trot record on the Victrola for two hours before telling anyone. Her trial – and another, involving showgirl Belva Gaertner – were covered by Chicago Tribune reporter Maurine Dallas Watkins.

The Windy City was fascinated by female criminals – as long as they were attractive criminals. With rival papers casting them as victims or villains, and their lawyers stoking the headlines, everyone made out pretty well. Except, perhaps, Justice. Both women walked. Watkins wrote a well-received play, which drew the attention of the composer/lyricist team of John Kander and Fred Ebb (Cabaret). The rest is musical history.

Yavapai College’s production has a history all its own. Originally tagged as the finale to YCPAC’s 2020 season, Chicago was billed as Yavapai College Performing Arts’ next artistic step. The program that had distinguished itself on large-scale musical extravaganzas – Into the Woods, Beauty & the Beast, The Phantom of the Opera – cherished the idea of telling a jazzy, complicated, mature story on its stage. But COVID-19 shut the production down three weeks before opening night, leaving 40+ actors, gorgeous sets and costumes and wonderful songs like “The Cell Block Tango,” “Razzle Dazzle” and “All That Jazz,” on the launchpad.

Instead of mourning an opportunity lost, Chicago’s principal actors continued working; using the COVID hiatus to hone their craft. Director Nanette Hofer recast the chorus, and her production team revised and refocused the production in anticipation of a ‘go-ahead’ they finally got last fall. This 2022 version of Chicago, Hofer says, is better, fresher, and thrilled to strut its stuff.

“Performers have to be hearty.” She explains. “This production shows the passion, the investment, the commitment and the heartiness of its performers.”