Prescott Judge rescues GOP lawmakers from pickle of their own making 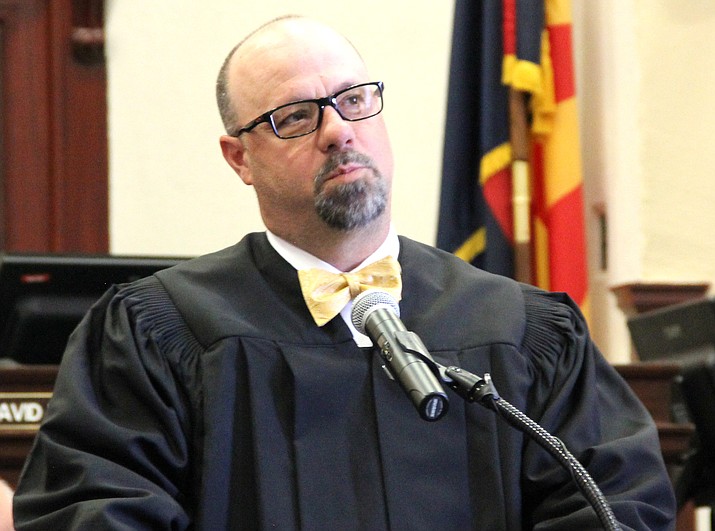 A  judge in Prescott has saved Republicans in the Arizona Legislature from a political mess they created when they repealed elections for political party precinct committeemen and set off a firestorm among Republican party activists.

Republicans in the House and Senate have been frantically searching for a solution since they got rid of elections for precinct committeemen in a section of a larger emergency measure they enacted on March 3. That bill was designed to fix a glitch created by the once-a-decade re-drawing of congressional and legislative district lines that led to wild swings in the number of qualifying signatures candidates need to gather to appear on the ballot.

But buried in the bill, and apparently overlooked by Senate President Karen Fann and House Speaker Rusty Bowers, was a passage making precinct committee offices for the state’s 30 legislative districts appointed this year. Precincts can have more than two dozen committeemen. Elections are held only if there are more candidates than available seats, which happens rarely.

The weekend after the law unanimously passed the House and Senate and was swiftly signed by Republican Gov. Doug Ducey, Arizona Republican Party activists went ballistic when they discovered their elections had been eliminated for 2022. They hammered Fann, Bowers and other GOP lawmakers and called the move undemocratic.

Democrats who rely less on elected committeemen to do grassroot party work were in no hurry to help and did not support legislation designed to restore the elections.

That left Republicans on the hot seat, since without Democratic votes they lacked the 2/3 majority they needed for an emergency clause that would restore the elections before the Aug. 2 primary.

Enter lawyers for the Arizona Republican Party, who filed suit in Prescott and sought to have the part of the law eliminating precinct committeemen elections thrown out.

Judge Napper wrote that the main part of the bill creating new rules for determining how many signatures a candidate needs to qualify for the ballot was legal because it broadly applied and had a “perhaps sensible means” of standardizing signature requirements for congressional and legislative offices.

But he said that eliminating elections for precinct committeemen, and only those offices, was not at all rational.

Instead, that part of the bill “discriminates against elected party precinct committeepersons apart from all other candidates for federal, state, and local offices whose rights to run for election (and the rights of the electorate to vote for them) are not altered,” Napper wrote.

Precinct committeemen help with grassroots party activities and craft lists of potential replacement lawmakers if there is a vacancy, but otherwise have no official duties.

The Republican-controlled Legislature had been considering adding the restoration of precinct committeemen elections to a planned special session on tax cuts. But with Tuesday’s ruling, GOP lawmakers won’t have to worry about whether that fix might actually work.