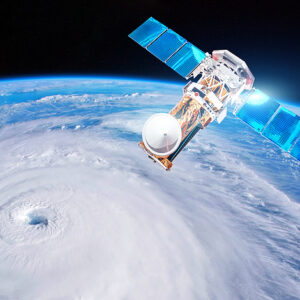 Extreme weather events are becoming more common, and more concerning. In December, unusually warm weather produced the deadliest tornado outbreak ever seen for that time of year, with one supercell resulting in a “colossal tornado” that decimated communities across Arkansas and Kentucky.

And last year marked the third most active Atlantic hurricane season to date, bringing disastrous storms like Hurricane Idato U.S. shores, which alone inflicted more than $60 billion in damages and killed more than 75 people. There have been more than 7,000 extreme weather events across the globe since 2000, and scientists expect this trend to worsen in the coming decades.

As extreme and severe weather events continue to increase in frequency, our ability to predict and prepare for possible catastrophic weather emergencies is critical. Integral to ensuring emergency preparedness for future extreme events are weather monitoring capabilities like NASA and the National Oceanic and Atmospheric Administration’s Geostationary Operational Environmental Satellites (GOES).

GOES satellites have been critical in helping meteorologists and climatologists study our climate systems since 1975. The GOES program encompasses 17 operational satellites, all launched by United Launch Alliance and its heritage rockets. The latest addition to the GOES-R Series, GOES-T, was successfully launched on March 1 by a ULA Atlas V 541 rocket and was placed in a special GEO-transfer orbit, allowing the satellite to be closer to its final destination, save its fuel, and achieve a longer spacecraft life. Precise placement of GOES in orbit has ensured successful operation and that these satellites can provide NOAA scientists with accurate weather forecasting, severe storm tracking and meteorology research.

The space and ground-based elements of the GOES satellites work together to provide a continuous stream of atmospheric conditions and solar activity data that helps support meteorologists’ weather forecasting abilities and scientists’ understanding of land, atmosphere, ocean and climate dynamics. As the next iteration of the GOES-R Series, the GOES-T mission will use an enhanced Advanced Baseline Imager that scans Earth five times faster with four times the resolution and three times the number of channels than previous satellites, according to NOAA. This improved capability will be vital in helping people better prepare for potential weather emergencies like flooding and mudslides, hurricanes, wildfires, and even volcanic eruptions and the risks presented by ash and sulfur dioxide.

The ability to monitor changing weather patterns is more important than ever as we try to protect against catastrophes today and work toward combatting climate change over time. Since 1980, the number of extreme climate events has increased by 83 percent, while the combined global land and ocean temperature yearly average rate of increase has more than doubled. With higher temperatures, the atmospheric ecosystems that dictate rain and historic climate patterns have shifted and continue to change.

The most recent report from the Intergovernmental Panel on Climate Change found that if our global average temperature increases by 3 degrees Celsius, extreme weather events are five times more likely to occur by the end of the century. As global temperatures rise and alter weather patterns around the world, our ability to predict and understand our changing climate can help better protect vulnerable communities from disaster.

The GOES satellite network has proven instrumental in helping NASA, NOAA and meteorologists around the world more effectively predict weather patterns. This allows us to respond and prepare accordingly for impending weather emergencies, and chart how we navigate a changing climate in the future.

Advanced imagery and atmospheric measurements from these satellites will continue to be critical in helping protect communities from floods, heat waves and forest fires as we work globally to address the effects of climate change. 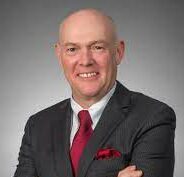 Tory Bruno is the president and CEO of United Launch Alliance, a space launch company. He wrote this for InsideSources.com.
All Posts »

2 thoughts on “Opinion: Predicting Extreme Weather on Earth Starts in Space – Inside Sources”