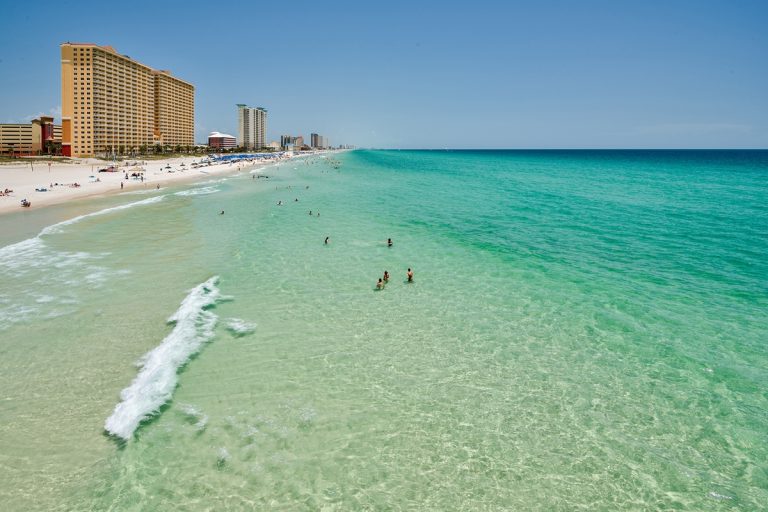 It’s traditionally one of the best times of the year for US students – a chance to let off a little steam, see how many beers they can consume in one sitting, and generally party like it’s going out of fashion. Spring Break, which takes place over colleges’ and universities’ Easter vacation, is a unique phenomenon, involving hundreds of thousands of students braced for F.U.N in whatever forms that might take. From foam parties to toga parties, booze-chugging to balcony-diving, the hordes will descend on beach towns across Florida, chic resorts in Mexico, or cool islands in the Caribbean and have such a good time they might not even be able to remember it afterwards (let alone the sunburn and stubble rash…)

But why should the students have all the fun? The past couple of years haven’t been all that great for their parents, either, who have maybe suffered anything from Covid, job losses, career uncertainty, the adjustment of working from home, or strained relationships. Perhaps they are just waiting to relive their own youth and want a bit of a break themselves. FamilyDestinationsGuide.com wanted to find out and surveyed 4,730 parents to ascertain whether that was something that would appeal. They discovered that a whopping 53% of Arizona parents (over half) are going on their very own spring break with friends.

Interactive map shows % of parents on spring break, and the top 3 destinations of choice

The survey found that dads just had the edge over moms who wanted to go away and cut loose – perhaps because traditionally, spring break originated with (male) college athletes being taken to warmer climes to train over the holidays.

Parents in Arizona were also quizzed on where they are partying this Spring:

1. Las Vegas, Nevada. The gambling mecca of Las Vegas, where casinos, all you can eat buffets, and ridiculously over the top hotel suites may make up for the lack of ocean-bathing opportunities.

2. Cancun, Mexico, with its white sandy beaches, high rise hotels and exuberant nightlife. The lure of cocktails, palm trees and serious tanning puts Cancún in the forefront of vacation locations during spring break. When not dancing till the early hours, the sea is the perfect place to test out your water sport skills!

3. Cabo San Lucas, Mexico, offering visitors a colorful nightlife with pool-parties and world famous musicians! If 24 hour partying isn’t for you, there are always adventures in the sea in the form of snorkeling, diving and deep sea fishing!

4. South Padre Island, Texas. If the 50,000 watt sound system of Rockstar Beach isn’t enough to keep the party going all vacation, perhaps the plethora of bars, clubs and live music venues are! What makes this spot so popular is the location. The 24 miles of beaches are situated on the tip of Texas, right in the Gulf of Mexico, and are easily accessed by vacationers from all over the US.

5. Key West, Florida, where the bars offer dancing and live music – there’s a great range of beaches to choose from, including the kilometer-long Smathers Beach. The fishing is particularly good, and museums and galleries for those who want a bit of culture between cocktails.

6. Miami Beach, Florida, with its art deco strip of South Beach and many beachfront bars and cafes adding to the appeal.

7. Panama City Beach, Florida. The self-declared hometown of “The World’s Most Beautiful Beaches”, Panama City Beach in Florida. Perhaps the vibrant dining experiences, and clear calming waters off the Gulf of Mexico aren’t the only reason parents have picked this spot for their spring vacation. Having featured on MTV’s Spring Break, Panama City Beach offers the chance to live out your reality TV dreams for yourself.

‘It’s not just students who need a break after the past couple of years,’ says Rose Ackermann, Executive Editor at FamilyDestinationsGuide.com. ‘Mom and Dad deserve a bit of fun of their own, too! Hopefully without as much alcohol involved as their kids though!’