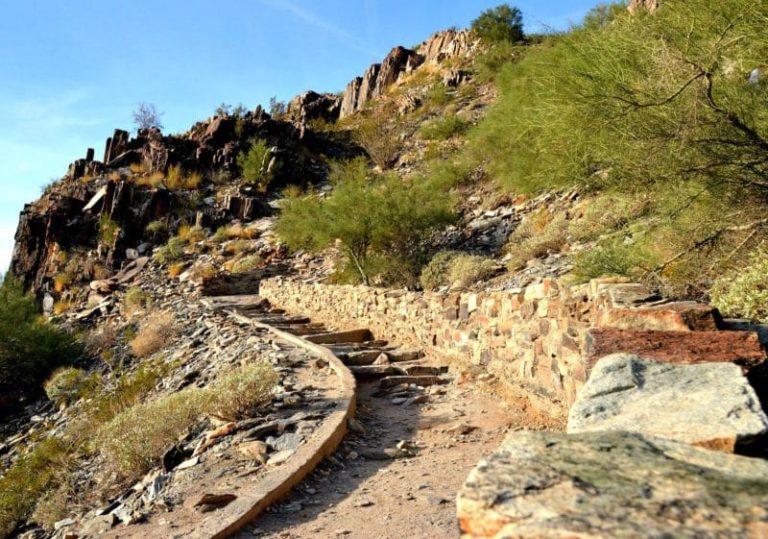 Arizona could be a primary target when federal officials meet with tribes next week to talk about possible new names for places that currently contain a slur against Native American women.

With 67 locations that have the word “squaw” in their name, Arizona ranks third among 37 states in a list compiled by the U.S. Geological Survey, trailing only California, with 85, and Idaho, with 72.

Those are some of the 664 places across the U.S. that will be the subject of Interior Department virtual consultation sessions with tribes early next week, to consider names that could replace the term that is now considered derogatory.

In Arizona, the locations are in every county but Pima and sit on federal, state, private and tribal lands, including 11 on the Navajo, Fort Apache, San Carlos and Fort Mojave reservations.

“I agree with initiatives to change the names of places that include disparaging racially charged and gendered slurs,” Coconino County Supervisor Lena Fowler said in an emailed statement. “This corrective action of removing all offensive place names is an important step in honoring the humanity of Native American people still here today.”

The push to update the names began in November, when Interior Secretary Deb Haaland, the first Native American to run a Cabinet agency, signed an order declaring the word a derogatory term. The order directed the USGS Board on Geographic Names to begin identifying geographic places that had the word in their names and proposing at least five possible replacement names for each.

Even though no one in Greenlee County knows how a stream there came to have the name, County Administrator Derek Rapier said officials there support a change.

“Regardless of the naming history, such monikers have no place in a diverse society that values the contributions of all individuals and groups and Greenlee County is supportive of name changes that reflect this shared respect,” Rapier said in an email.

The word has not always been considered offensive. Shannon O’Loughlin, CEO and attorney for the Association on American Indian Affairs, said in an email that the word comes from the Algonquian language, where it means “woman,” and she said a similar word in the Mohawk language means “vagina,” but that it gained a negative connotation over time.

“The term has been used in derogatory ways by colonizers until today, as a sexualized stereotype of a Native American woman,” said O’Loughlin, who is a citizen of the Choctaw Nation.

“Coupled with the violence against – and trafficking of – Native American women and girls in the United States, the s-word is not appropriate to honor and acknowledge the sacrifices that Native Peoples have made to protect the honor of the United States,” her email said.

The USGS noted that not all the locations it identified will necessarily get new names. Sites that are considered historical, have an unknown location or are not under the purview of the Board on Geographic Names may be excluded, for example. Squaw Beach in Mohave County is one of the places that USGS said is considered historical, the only such site in Arizona.

This will not be the first time that an Arizona place is eyed for a name change because the old name was considered offensive. In 2003, the Arizona State Board on Geographic and Historic Names voted to change the name of Squaw Peak in Phoenix to Piestewa Peak. The name change became official when the federal board approved it in 2008.

Dawnafe Whitesinger, chairwoman of the Navajo County Board of Supervisors, said in a statement that the latest federal action “is long overdue.”

“Indigenous women across this nation have been marginalized and often have been invisible to the nation’s narrative,” Whitesinger’s statement said. “As an Indigenous woman, I applaud Secretary Haaland for taking such an important step.”

O’Loughlin said Native Americans deserve to be recognized for their contributions to the nation, pointing to the relatively high percentage who fight in our wars, among other things. But they should be recognized without being sexualized, she said.

“Native nations have many amazing heroes whose names should be remembered in our greater society. Place name changes should not be controversial, but instead should be an opportunity to uplift all of us,” she said.