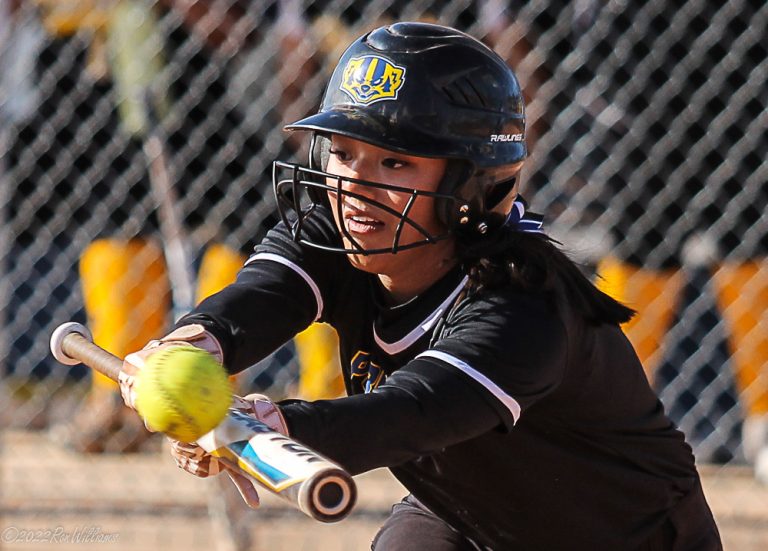 Ana Hlavacek hit two home runs with an amazing nine RBIs, and Ruby Tessman tossed the final four shutout innings for a combined no hitter, leading the Prescott Badgers to a lopsided 24-3 win over the visiting Marcos de Niza Padres. The win sends the Badgers off on a good note for spring break. “Without a doubt this is a good way for us to go into the break after a tough weekend at the tournament,” said Badger coach Randall Bryan. The weekend resulted in three losses, after the home loss to Mingus last Thursday. Every starter had at least one hit for Prescott.

Things started off rocky for pitcher RJ Parra, who gave up three runs in the top of the first without giving up a hit. Three walks, and a hit batter, and five wild pitches resulted in three unearned runs. Battling to get through the inning, she did strike out the side in the process. At the plate, Parra had a single, a double, with three RBIs.

The Padres lead was short lived as the Badgers came up and put 13 runs on the board in their half of the first inning. Ava Hlavacek had the big blast, a grand slam, and that was after she singled in a run in her first at bat. Kennedy Carr, and Sydney Krahulik had RBI singles as well. Marcos de Niza, like Prescott in the top of inning, struggled with walks, hit batters, and a pair of errors for the 10 run advantage after one.

Ruby Tessman came into pitch and was consistent, shutting out the Padres the final four innings to pick up the win. “I felt good out there. I was hitting my spots and the run support was great,” said Tessman, who had seven strikeouts, allowing only one hit.

The Badgers were not done at the plate, adding three more runs in the second. Singles by Parra, Carr, and Hlavacek resulted in RBIs on each hit to increase the lead to 16-3.

The bottom of the third Prescott added two more. Tessman singled, stole second and scored on a Maddie Vick single. Vick eventually scored on a wild pitch for an 18-3 lead after three innings. 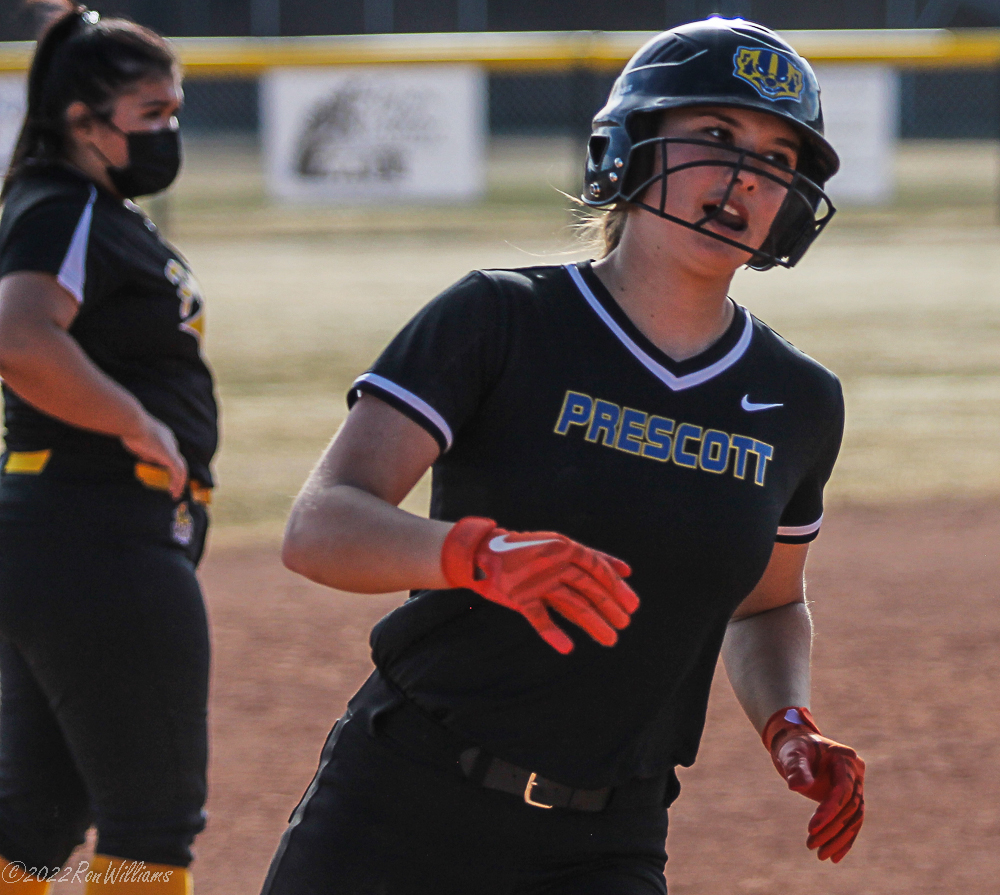 The Badger fourth brought in five more runs, capped off by Hlavacek’s a two run home run, her second of the game. “I got some good pitches to hit today, and was able to drive them out, said Hlavacek. “After the games this past weekend I wanted to

Tessman struck out the final batter for the game shortened five inning win, sending the Badgers off on a good note for spring break. Coach Randall Bryan said, ”Ruby did a great job today, and our bats came through in a big way. We needed a game like this to get ready for some tough games ahead in the Grand Canyon Region.”

Elle Long, started off the game by being hit by a pitch. Long scored twice and had two hits. Gracie Pereira had a hit and three RBIs. Kennedy Carr finished with three hits and 4 RBIs. Leigha Walker and Maddie Vick added a pair of hits each.

Marcos de Niza falls to (1-4). Prescott (5-5-1) will travel to face Coconino next Tuesday, to face the Panthers in a Grand Canyon Region contest at 4:00 pm.