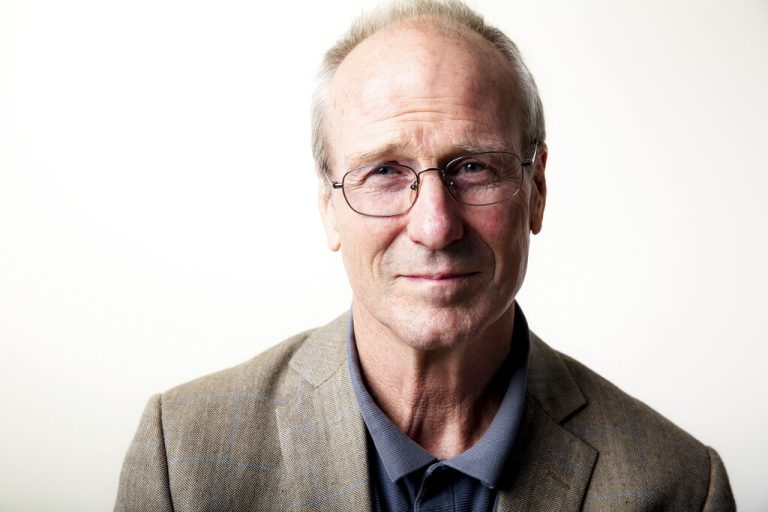 William Hurt, whose laconic charisma and self-assured subtlety as an actor made him one of the 1980s foremost leading men in movies such as “Broadcast News,” “Body Heat” and “The Big Chill,” has died. He was 71.

Hurt’s son, Will, said in a statement that Hurt died Sunday of natural causes. Hurt died peacefully, among family, his son said. The Hollywood Reporter said he died at his home in Portland, Oregon. Deadline first reported Hurt’s death. Hurt was previously diagnosed with prostate cancer that had spread to the bone in 2018.

In a long-running career, Hurt was four times nominated for an Academy Award, winning for 1985’s “Kiss of the Spider Woman.” After his breakthrough in 1980’s Paddy Chayefsky-scripted “Altered States” as a psychopathologist studying schizophrenia and experimenting with sensory deprivation, Hurt quickly emerged as a mainstay of the ’80s.

In Lawrence Kasdan’s 1981 steamy neo noir “Body Heat,” Hurt starred alongside Kathleen Turner as a lawyer coaxed into murder. In 1983’s “The Big Chill,” again with Kasdan, Hurt played the brooding Vietnam War veteran Nick Carlton, one of a group of college pals who gather for their friend’s funeral.

Hurt, whose father worked for the State Department, was born in Washington D.C. and traveled widely as a child while attending boarding school in Massachusetts. His parents divorced when he was young. When Hurt was 10, his mother married Henry Luce III, son of the Time magazine founder. Hurt studied acting at Julliard and first emerged on the New York stage with the Circle Repertory Company. After “The Big Chill,” he returned to the stage to star on Broadway in David Rabe’s “Hurlyburly,” for which he was nominated for a Tony.

Shortly after came “Kiss of the Spider Woman,” which won Hurt the best actor Oscar for his performance as a gay prisoner in a repressive South American dictatorship.

“I am very proud to be an actor,” Hurt said, accepting the award.

In 1986’s “Children of a Lesser God,” it was his co-star, Marlee Matlin, who took the Oscar for her performance as a custodian at a school for the deaf. Hurt played a speech teacher. For Hurt and Matlin, their romance was off-screen, as well — but it wasn’t Hurt’s first experience with his private life finding notoriety.

Hurt was first married to actor Mary Beth Hurt from 1971 to 1982. While he was married, he began a relationship with Sandra Jennings, whose pregnancy with their son precipitated Hurt’s divorce from Mary Beth Hurt. A high-profile court case ensued six years later in which Jennings claimed she had been Hurt’s common-law wife under South Carolina law and thus entitled to a share of his earnings. A New York court ruled in Hurt’s favor, but the actor continued to have a strained relationship with fame.

“Acting is a very intimate and private thing,” Hurt told The New York Times in 1983. “The art of acting requires as much solitude as the art of writing. Yeah, you bump up against other people, but you have to learn a craft, technique. It’s work. There’s this odd thing that my acting is assumed to be this clamor for attention to my person, as if I needed so much love or so much attention that I would give up my right to be a private person.”

In her 2009 memoir, Matlin detailed physical and emotional abuse during their relationship. At the time of its publishing, Hurt issued an apology saying: “My own recollection is that we both apologized and both did a great deal to heal our lives.”

In those years, Hurt also struggled with drug and alcohol abuse, and attended rehabilitation clinics. He also developed a reputation for not always being an easy collaborator. The New Yorker called him “notoriously temperamental.” In 1989, Hurt married to Heidi Henderson, who he met at rehab. They had two children together. Hurt also had a daughter with French actress and filmmaker Sandrine Bonnaire, whom he met while making the straight-to-video 1992 Albert Camus adaptation “The Plague.”

Among Hurt’s greatest performances was James L. Brooks’ 1987 comedy “Broadcast News,” as a slick but lightweight anchorman who symbolized the emerging fusion of entertainment and journalism.

Albert Brooks, Hurt’s “Broadcast News” co-star, was among the many who responded to Hurt’s passing Sunday. “So sad to hear this news,” wrote Brooks on Twitter. “Working with him on ‘Broadcast News’ was amazing. He will be greatly missed.”

After his torrid ’80s run, Hurt fell increasingly out of favor with filmmakers in the ’90s, and some reasoned that it was because of his reputation. Hurt, however, continued to defend his approach, telling The Los Angeles Times in 1994 that “I give more by solving the truth than by pandering to expectations and facile hopes.”

“If a director tells me to make the audience think or feel a certain thing, I am instantaneously in revolt,” Hurt said. “I’m not there to make anyone else think or feel anything specific. I have agreed to something the whole piece says. Beyond that it is my only obligation to solve the truth of the piece. I don’t owe anybody anything — including the director.”

Hurt, always a intelligent screen presence, gradually morphed into a character actor. He received his fourth Oscar nomination for his small but potent role in David Cronenberg’s 2005 thriller “A History of Violence.”

Hurt continued to work constantly in the years leading up to his death: 10 episodes of “Damages”; a string of Marvel films, including “Avengers: Endgame” and “Black Widow,” as the military officer Thaddeus Ross; 14 episodes on Amazon’s “Goliath.”

Often, Hurt suggested that his fabled run in the ’80s was the outlier to what defined him as an actor.

“Success is isolating,” he told The Telegraph in 2004. “Certainly the Oscar was isolating. In some ways, it was antithetical to what I was aiming at. I didn’t want to be isolated. I didn’t want some big target on my chest saying: ‘He’s an Oscar-winner, he’s the one to be.’ I wanted to be an actor, so I was very confused about it. Sometimes I’m still confused about it.”

PrevPreviousNew analysis provides more clues about Pilgrim-era shipwreck
NextOpinion: In Supporting Ukraine, How Far Is Too Far? – Inside SourcesNext