MojiTo-Go: Only 1 in 3 Arizonans support the legalization of to-go alcoholic drinks, survey finds 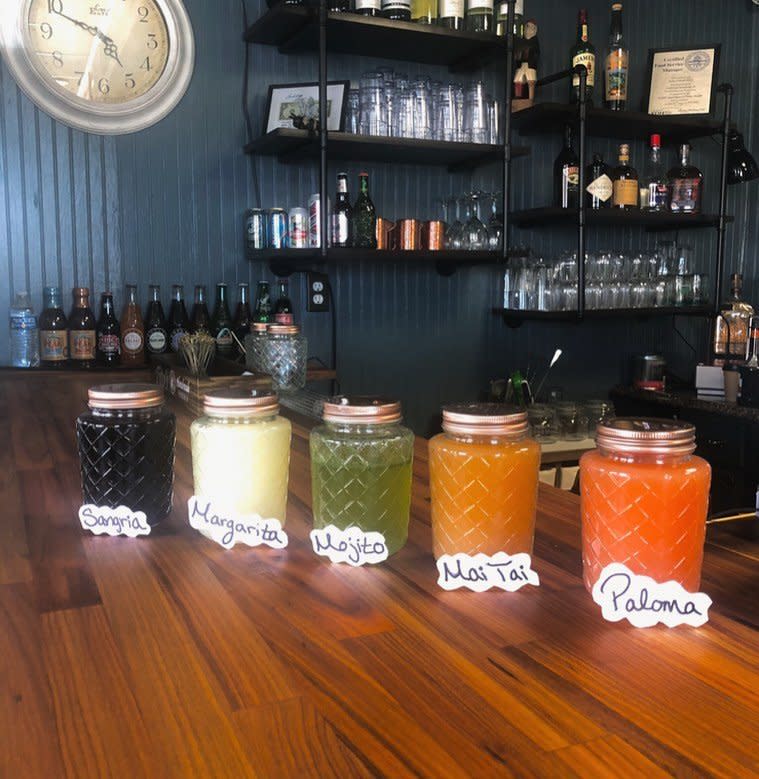 Amid the economic turmoil brought on by the pandemic, which hit bars and restaurants particularly hard, some authorities rolled out a crowd-pleasing salve to help businesses stay afloat: the (temporary) legalization of to-go alcoholic drinks.

Prior to the pandemic, many local authorities had banned bars and restaurants from selling liquor to-go with only a handful of exceptions, including in New Orleans, which is well-known for uniquely allowing drive-through alcohol, including frozen daiquiri stands. Other exceptions include the city of Butte, Montana, where you are free to drink in the streets so long as it’s not between the hours of 2:00 a.m. and 8:00 a.m. Clark County, Nevada includes the iconic Las Vegas Strip, where you can publicly drink if you so please with one caveat: no drinking within 1,000 ft of the liquor store if the beverage was purchased in a closed container. And a good few states also permit the seemingly redundant drive-thru liquor store.

Since the temporary legalization of alcohol to-go during the pandemic, a handful of states have made these regulations permanent, including Arizona, Arkansas, Florida, Georgia, Iowa, Kentucky and Ohio. So, as many other states state debate whether to pass similar laws, one would assume that they would be a shoo-in. Not so, according to a survey of 3,704 people by Laguna Treatment Hospital who quizzed respondents on their opinions regarding the legalization of to-go alcohol.

Surprisingly, the survey revealed that less than one-third of Arizonans (31%) support the the law which came into effect last year that permanently legalized alcohol drinks to-go in their home state. This compares to a national average of 43%. Broken down by age group, the highest percentage of those who support the law are 25 to 34-year-olds – this could also have to do with the prevalence of heavy drinking culture among millennials who, during lockdown and devoid of social interaction, relied on delivery companies to regularly replenish their liquor stores. The second-highest proportion of supporters of to-go alcohol was the age group of 35 – 44-year-olds. The age groups of 55-64 and 65+ were most against relaxing alcohol laws.

Those who argue in favor of making to-go alcohol laws permanent (aside from their own personal convenience) point to the bleak financial position post-pandemic of restaurants and bars where margins are super thin in the best of times – the former usually generates around 30% of their entire revenue from alcohol sales. With lower costs and an inventory that has a long shelf-life, even the most complicated cocktails a bartender can create lead to larger profits.

Those against loosening current laws think that they will lead to a significant increase in public health problems. Over 1 in 3 (38%) thought this to be the case. Indeed, alcohol is the third-leading preventable cause of death in the US, resulting in the death of around 95,000 people annually according to the NIAAA. In a country where liquor is readily accessible in many spaces – such as liquor stores, supermarkets, theme parks, zoos and even a shopping mall in San Antonio, Texas, that has a sip ‘n shop system – it’s understandable why some feel that adding even more to this availability isn’t a good idea.

Finally, a majority (85%) of respondents thought that the biggest disadvantage to the permanent legalization of to-go drinks would be an increase in drunk driving incidents. According to the NHTSA, each day, about 28 people in the US die in drunk-driving accidents, which equates to one person every 52 minutes. A further 8% of people said the biggest disadvantage would be that it encourages public drunken behavior, and another 7% felt it would increase illegal underage alcohol sales, possibly because it might be more difficult to check customers’ IDs in a takeout situation.