Opinion: Biden Gets Competition All Wrong – Inside Sources 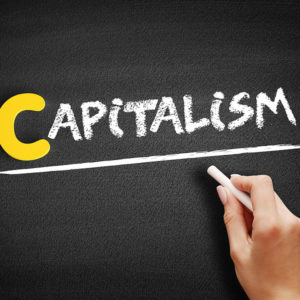 As one of its three pillars to address inflation, and in continuation of the agenda outlined through last summer’s Executive Order on “Promoting Competition in the American Economy,” the Biden administration promised more work promoting competition.

Recognition of the importance of competition in the economy — or even in government — ought to have bipartisan appeal. Unfortunately, starting with a propaganda campaign to scapegoat businesses as the cause of rising prices in hopes of distracting from an inflation rate at 40-year highs and terrible presidential approval numbers, the administration has chosen a cynically ideological pursuit of competition policy.

White House press secretary Jen Psaki, for instance, blamed the “greed of meat conglomerates” for rising meat prices. But greed is a constant of human nature and thus provides a poor explanation for sudden changes in behavior. White House attempts to blame consolidation in the industry, when such consolidation occurred decades ago, is equally unconvincing.

A more straightforward explanation, but one less politically convenient to the administration, is that a supply crunch from COVID-related plant shutdowns and labor shortages, rising input costs and spiking demand are all putting upward pressure on prices.

Oil and gas prices offer a similar tale. When public uproar over rising prices at the pump started taking a toll on Biden’s approval numbers, he responded not with substantial proposals improving the supply chain or reversing his myriad efforts to choke oil and gas supply, but with letters to regulatory chiefs demanding investigations based on nothing more than the negative toll prices were taking on his popularity.

When Biden first suggested last September that “bad actors and pandemic profiteers” were to blame for rising fuel prices, an AP fact-check cited a variety of energy experts to conclude there was “little evidence something nefarious” lead to price increases. Yet the administration plows forward with an approach that is incapable of producing real results due to a deliberate disregard for the nature of the problem.

Politicians not wanting to take any responsibility for the effect their policies have on the market is nothing new, nor is scapegoating market participants. But launching politically motivated investigations is an abuse of power and a form of political corruption.

Unfortunately, Biden’s misguided approach to competition policy doesn’t stop there. By embracing the formation of a global tax cartel, for instance, his administration has also actively sought to undermine tax competition and its role in limiting fiscal excess in government.

For decades, high-tax nations at the Organisation for Economic Co-operation and Development have sought to pressure other jurisdictions with lower and simple taxes into adopting more burdensome systems. Their goal was the same as that of any other cartel: to conspire with competitors to rig prices. But whereas business cartels harm consumer welfare, these nations conspire primarily against their own taxpayers.

Competitive pressure between nations to attract taxpayers works to the benefit of all for the same reasons that market competition benefits consumers. When citizens and capital are mobile, tax competition creates political incentives toward efficient budgets and regulatory simplicity. It’s a critical check on political greed and economy-damaging taxation that politicians of a particular ideological stripe have long hated.

Instead of resisting efforts by high-tax European nations to crush tax competition and punish low-tax jurisdictions, Biden has embraced their cause and endorsed a global minimum tax. Where the Biden administration at least rhetorically acknowledges the benefits of economic competition, it recognizes none of the benefits for similar constraints on politicians such as himself. Taxpayers, as a result, can expect to suffer for years to come unless these trends are reversed.