Flu down for second year; reason may be as plain as the mask on your face – Cronkite News 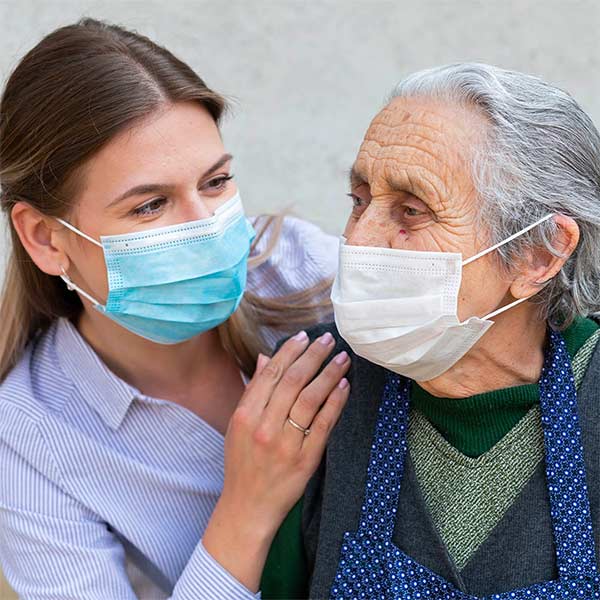 Arizona flu cases are down sharply for the second year in a row, a decline that health experts are attributing to the health and safety precautions that came with the COVID-19 pandemic.

By the first week in March, the Arizona Department of Health Services had reported 6,591 confirmed flu cases in the state, less than 40% of the 16,849 cases that would have been reported at this point in the season, based on a five-year average.

While they cannot say for sure what is behind the drop, experts have a pretty good idea. To them, it’s as plain as the mask on your face.

“If you look at the average numbers of flu cases over the past five years or so, this year has been relatively mild, we’ve had less numbers, less cases of the flu this year,” LoVecchio said.

But the drop in flu cases cannot be attributed solely to the flu vaccine, he said, since flu vaccination rates this year are not significantly higher than in previous years. LoVecchio said that points to COVID-19 safety protocols as the reason. Will Humble, the executive director for the Arizona Public Health Association, agreed.

“We definitely know that wearing a face covering in public, a mask in public, really helps slow the spread of COVID-19. But it even works better on influenza,” Humble said.

The numbers are up sharply from last year, but that’s only because flu cases in the 2020-21 flu season were “practically nonexistent,” Humble said. By this time last year, there were just 866 confirmed flu cases in the state, a little more than 4% of the cases that would have been reported by March in a typical year to that point.

Experts also think they know why numbers have surged, relatively speaking, from last year to this year. LoVecchio said that people last year were generally more worried about COVID and mitigation efforts were stricter. This year, not so much.

“A lot of people are getting what we like to call pandemic fatigue,” he said. “We’re getting tired of this, tired of staying … indoors or tired of wearing masks, etc. And that’s why things loosened up.”

But those people who are still strict about their COVID-19 protections are likely to remain flu-safe, too, said Dave Voepel, CEO of the Arizona Health Care Association. He said that because older adults are wearing masks, for example, members of his association are seeing fewer flu cases in their skilled nursing facilities and assisted living centers.

“The last couple of years have been pretty much a good flu season, if there is such a thing,” Voepel said. “You know, if you get the flu, you’re going to be down and out.”

Both Voepel and LoVecchio said that flu coverage took a “backseat to COVID” in the media in recent years. But while COVID-19 got the attention it deserves, LoVecchio said, it would be a mistake to overlook the flu in the long term.

Experts said it’s important to remember that the flu is still dangerous and is still a significant cause of death in the country. It had already killed 22 people in Arizona by early March – and that is in a mild year. The 2019-2020 flu season killed 160 people in Arizona, with 109 of those deaths coming by the first week of March.

The Centers for Disease Control and Prevention estimated that in the 2019-2020 season nationwide, “influenza was associated with 38 million illnesses, 18 million medical visits, 405,000 hospitalizations, and 22,000 deaths.”

“Many of us on the frontlines have not forgotten about the flu. It is something that we can do something about, we have some medications for that,” LoVecchio said.

And experts said that people are going to have to learn to live with both illnesses. COVID-19 is likely never going away, LoVecchio said, in the “same way the flu is never going away.”

While this flu season is not gone, Humble said it is “waning out.”

“It looks like we’re past the peak of transmission of influenza,” he said. “Very seldom do we see a two-peak season; it’s extremely rare.”

PrevPreviousOpinion: How Solid Are US War Guarantees? – Patrick Buchanan
NextOpinion: Russia’s Invasion Impact Hits Beyond Oil to Mining and Metals – Inside SourcesNext