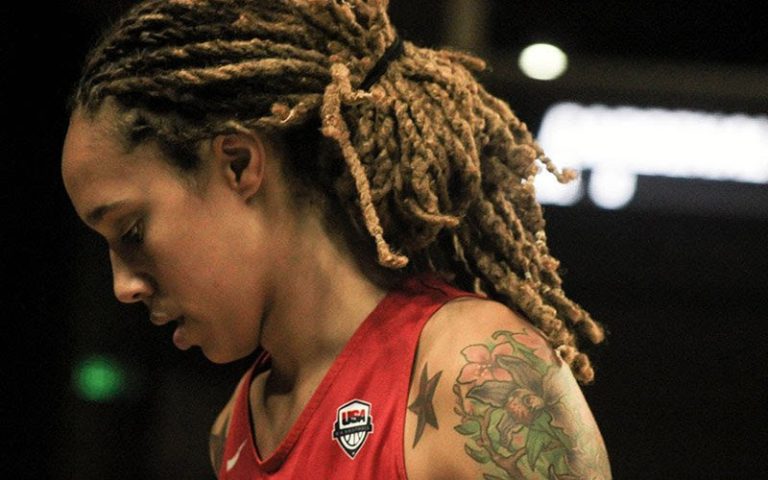 The star center was detained at an airport in February after Russian authorities found what they claimed were vape cartridges containing hashish in her luggage.

“We are aware of and are closely monitoring the situation with Brittney Griner in Russia,” the Phoenix Mercury said in a statement. “We remain in constant contact with her family, her representation, the WNBA and NBA. We love and support Brittney and at this time our main concern is her safety, physical and mental health, and her safe return home.”

According to Intefax, a Russian independent news agency, the Russian Federal Customs Service reported that “a U.S. citizen was passing through the green channel at Sheremetyevo Airport upon arriving from New York (when) a working dog from the Sheremetyevo Customs canine department detected the possible presence of narcotic substances in the accompanying luggage.”

As officials screened it, the inspection “confirmed the presence of vapes with specifically-smelling liquid, and an expert determined that the liquid was cannabis oil (hash oil), which is a narcotic substance,” the Customs Service reported.

Griner can face five to 10 years in prison for smuggling narcotic substances on a substantial scale, according to Russia Interfax.

Given the tensions between Ukraine and Russia, the WNBA said in a recent statement that they are taking measures to keep players safe.

“The league has also been in contact with WNBA players who are in Russia, either directly or through their agents,” the statement read. “We will continue to closely monitor the situation.”

On Saturday, the league issued another statement, saying, “Brittney Griner has the WNBA’s full support and our main priority is her swift and safe return to the United States.”

Many of the WNBA’s top players compete overseas in the offseason because salaries are so lucrative. ESPN reported in 2016 that Griner was making close to $1 million that season while Taurasi brought in around $1.5 million.

The team also charters flights to away games. Earlier this week, Sports Illustrated reported that the WNBA issued a league-record $500,000 fine to the New York Liberty for traveling by charter flights during the second half of last season.