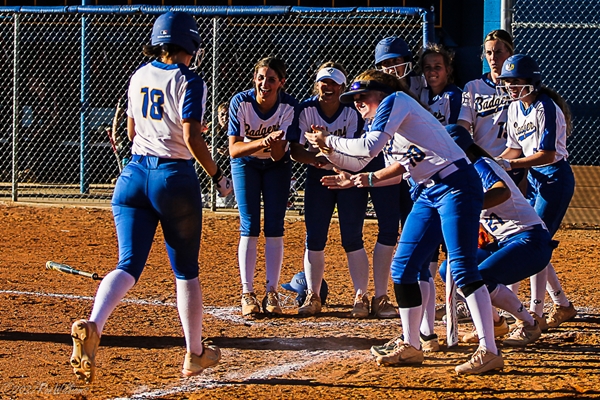 Photo: 18 Kennedy Carr gets congratulated by her teammates after her second home run of the day

In a game where the Badgers hit five home runs, Prescott hammered the Lee Williams Volunteers in their home opener 25-5.

Kennedy Carr had a perfect day, going 5-5, with 2 home runs and 4 RBIs. Ava Hlavacek was solid behind the plate, and also connected for two home runs and 5 RBIs. Ruby Tessman had a pair of doubles, a home run, and 4 RBIs. RJ Parra started in the circle, pitching three innings, striking out seven.

Kennedy Carr said, “I thought we came out strong with our bats. Over the weekend we did not do that well hitting, and we wanted to come out and hit as a team. I found the ball well today and able to see it through.”

RJ Parra said, “I thought we all played very well together, even though we are a younger team.. I feel I could have done better, but overall I was ok with it.”

Lee Williams (0-1) and (1-2) came into the game after a 26-3 home win over Coronado. Prescott came out firing on all cylinders, having an eleven run third inning to blow the game open 21-0. The Badgers sent 15 batters to the plate, and after the first out, had 11 batters consecutively reach base safely.

Ruby Tessman came in to pitch after Parra, and the Volunteers got some breaks to get on the board.

Coach Randall Bryan said, “I like the fact the we came out early and did not take them lightly, scoring first, and it just kept on going. The last thing you want to do is show someone up, but we were hitting the ball all over the place. It is a good way to start the season.” 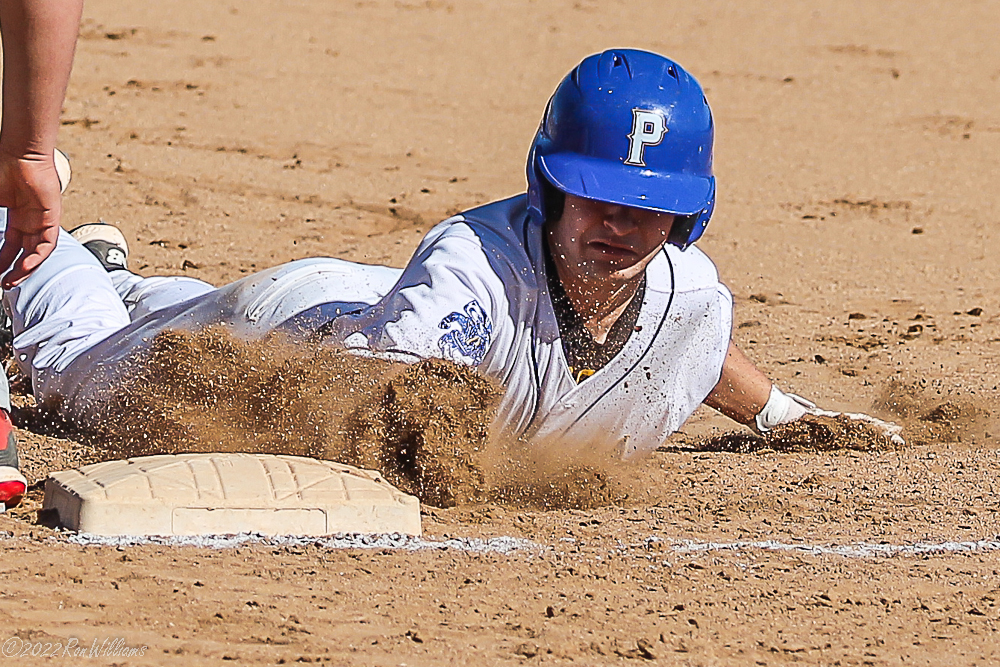 Photo: Josh Miller dives back into first base

The Badgers fell 12-5, on a beautiful day for baseball, in their home opener to the Lee Williams Volunteers.

Tyson Potts, who dominated in his first performance of the season in a 7-1 win at Tempe last Friday, struggled and was eventually replaced by Peyton Little.

Prescott took a 2-0 lead in their half of the first inning when Ethan Ammerman singled in and Tyson Potts a sacrifice fly to center, scoring for the two runs.

Lee Williams came back scoring three in the top of the second as the Badger defense let them down, allowing the Volunteers to capitalize, going up 3-2. The Volunteers would score at least one run in each of the final six innings, while the Badgers managed a run in the fourth and two in their final at bat.

Devin Santos led the Volunteers with 3 hits that included an RBI. Roman Perea, Ethan Kienke and Nick Kennedy all had two hits. Kienke and Barrett Kennedy each had two RBIs.

Lee Williams starting pitcher Roman Perea lasted 4 2/3 innings, allowing three runs and three hits, striking out 7 to pick up the win. The Volunteers remain unbeaten at (3-0) overall, and (1-0) in the GCR.

Badger coach Barry Tolli said, “We just did not do the things that we needed to do today. We extended innings for them with errors, and at the plate we left a number of chances to get some runs, but could not come through with the hits. So we are going to work on shortening those innings and what we need to do at the plate.”

The Badgers fall to (0-1) in the Grand Canyon Region, and are (1-1) overall, look to get back on track with another home contest, versus Estrella Foothills on Friday at 3:00 pm.

Every Prescott player won with only freshmen Somer Huttman having to play an extra game to beat her opponent.

Coach Sterling Fetty said, “The girls played much better overall from the first match. We had our full varsity lineup, also which is nice. We need to clean up our doubles play and get the pairings to gel more.”

Prescott (1-0) will be on the road again at Phoenix Christian on Tuesday at 5:30pm. The Bears will play their first season as 4A Independent team, and will travel to face Combs on Friday at 5:30 pm.