Adult Learning Craze of the US Comes to Arizona

Over the last couple of years and through 2022 so far, adults have been seeking ways to enrich their minds, expand their skill sets, and tick some things off of their bucket lists. Easily one of the most common among these adult learning exploits is to learn a new language. In Arizona, Spanish is a widely-spoken language, even to the extent that ads for political races need to be multi-lingual. So, it perhaps shouldn’t come as a surprise that language learning is picking up steam in these parts, especially with the adoption of new technologies.

Learning from an expert at your convenience 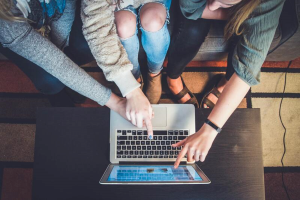 Arizona is a state of several languages, with English and Spanish being the big two. However, even though one-fifth of households speak Spanish at home, English was made official through the enactment of Proposition 103, making it necessary for all official actions of state and local governments. While it doesn’t make it unlawful to speak anything other than English in Arizona, it does raise the importance of English here.

This is why so many adults have been turning to online classes for beginners to the English language. It’s the kind of service that people have become accustomed to in recent years, being conveniently online and on-demand via streaming. The platforms specialize in connecting expert native speakers to those who want to learn a new language or perfect one.

Of course, the headline-catching statements have all been about continuing in-person learning, but few would deny the accessibility and comfort offered by online learning – especially when facilitated by a live stream. It’s this technology that’s democratizing adult education a great deal, even to the extent that eLearning as a whole is becoming a multi-billion market. 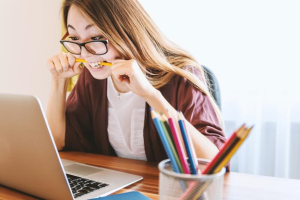 People are always looking to learn new skills, from outdoor skills for adults to the ability to speak different languages, but it’s over the next few years that people are expected to really take the initiative thanks to online tools. For the same reason why streaming platforms have taken chunks out of entertainment venues like cinemas, being online and on-demand is simply too good to ignore.

Now, the eLearning market is set to reach nearly half a trillion in value by 2026, or $457.8 billion, to be exact. While this figure does include learning through CDs and CBT training, much of the eLearning landscape has now moved online thanks to platforms that make it easy for people to find tutors that they need as well as expand the potential audience of a tutor.

The US is a big eLearning market, and what might be spurring this is the sheer number of different languages being spoken across the country. Spanish and English, naturally, dominate, but plenty of others are common enough to pique the interest of avid learners. In Arizona, the third-most-common language is Navajo. To the west, California has a big population of Tagalog speakers – as does Nevada.

Anyone in Arizona who wants to get better at English or learn a new language has the tools to do so online, with the convenience of eLearning making more adults finally go to tick off a bucket list item.