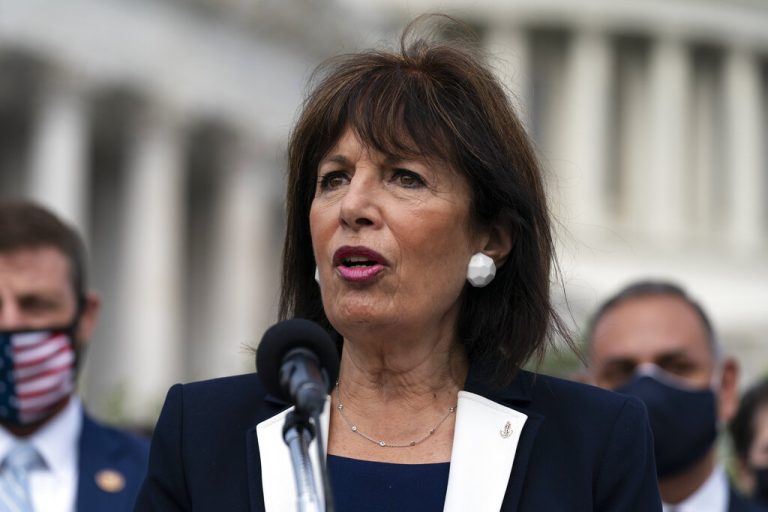 As the federal Bureau of Prisons faces increased scrutiny over its latest scandal — allegations staff and even a warden sexually abused inmates at a women’s prison known as the “rape club” — people striving to hold it accountable say they’re being attacked for speaking up.

Whistleblower employees say high-ranking prison officials are bullying them for exposing wrongdoing and threatening to close the women’s lockup if workers keep reporting abuse, and members of Congress say they’re being stonewalled as they seek to bring greater oversight to the beleaguered bureau.

The Bureau of Prisons’ proclivity for silence and secrecy has endured, workers and lawmakers say, even after an Associated Press investigation revealed years of sexual misconduct at the women’s prison — the federal correctional institution in Dublin, California — and detailed a toxic culture that enabled it to continue for years.

After that reporting, which included accounts of inmates being sent to solitary confinement or transferred to other prisons to silence them, workers and union leaders at the Bay Area lockup and other federal prisons say they’re also being threatened for raising alarms about misconduct.

At a federal prison in Mendota, California, union president Aaron McGlothin says agency officials retaliated by reviving a frivolous disciplinary investigation after he complained about busloads of COVID-19-positive inmates being transferred to his institution. The investigation, he said, stemmed from an erroneous complaint that he was AWOL from work when he’d actually been cleared to spend time on union matters.

At the federal prison complex in Victorville, California, workers said one official has warned them to stay away from whistleblowers or risk being jammed up with disciplinary investigations. Such threats are effective because even the lowest-level disciplinary matter can hinder a worker’s move up the ranks, union officials said.

John Kostelnik, the Western region vice president for the correctional workers union, said what’s happening to whistleblowers at Dublin, Mendota and Victorville is endemic of a coverup culture deeply ingrained in Bureau of Prisons leadership — aimed more at preserving what’s left of the bureau’s tattered reputation than sweeping away any employee’s transgressions.

“We’re responsible for keeping inmates behind the walls, but this agency has created a concept of keeping everything behind the walls. And that’s not appropriate,” Kostelnik said in an interview.

Four men who’ve worked at Dublin have been charged with sexually abusing inmates there, including ex-Warden Ray J. Garcia, who’s pleaded not guilty. Several others are under investigation.

Without an anonymous, third-party reporting system like other law enforcement agencies have, federal prison whistleblowers “face a full-frontal attack when you report anything of wrongdoing in the facilities, especially if you’re reporting management officials,” Kostelnik said.

The Bureau of Prisons has been plagued by crises in recent years, many of them exposed by AP reporting, including criminal activity by employees, critically low staffing levels hampering responses to emergencies, the rapid spread of COVID-19, a failed response to the pandemic and dozens of escapes.

Last week, after AP’s reporting on Dublin, the Senate launched a bipartisan working group to scrutinize conditions within the Bureau of Prisons, and Wednesday the leaders of the Senate Judiciary Committee wrote to Attorney General Merrick Garland demanding he take immediate action to reform the bureau.

The bureau’s treatment of whistleblowers and its resistance to transparency, as documented by workers and lawmakers, has only invited more scrutiny.

“When I read the article, I was both astonished and disgusted,” Speier said in an interview. “I wanted to go and visit to determine for myself what the circumstances were. I would categorize the visit as woefully inadequate and unsatisfactory.”

Speier said she won’t stop until the Bureau of Prisons faces significant oversight and will “go to the highest levels of the Justice Department and the White House if necessary, to make sure we have the access we want.”

During her visit, Speier said, Hinkle tried to block her from speaking with several inmates who reported abuse and instead sent her to speak with others he’d picked. She said he dismissively called sexual abuse committed by employees “an embarrassment.”

Speier said she told him: “This isn’t an embarrassment. This is a toxic work environment. It is a reprehensible set of circumstances.”

Afterward, in an email to Dublin staff obtained by the AP, Hinkle alleged Speier “mistreated” prison workers and treated one employee “as though she had committed a crime.”

“I can only assume the Congresswoman was referring to a recent AP article that painted our institution in broad strokes,” Hinkle wrote in the email. “Although I recognize her right to believe what she believes, I do not recognize her right to blindly categorize all the hard working staff at FCI Dublin who choose to be law-abiding public servants every single day they report to duty.”

Hinkle said Speier had surprised him and other officials by asking to speak privately with inmates -– an assertion the congresswoman disputes –- and said they blocked her from doing so because having those conversations could “compromise an active investigation or case.”

In another recent all-staff email, the acting warden floated the possibility of replacing or renovating the Dublin prison, citing infrastructure and safety concerns.

In a recent closed-door meeting, however, union leaders said officials threatened to shut down Dublin if workers didn’t stop speaking up about misconduct.

He said prison officials raised Dublin’s maintenance costs, some of the highest of any federal prison, as a pretext for a possible closure. The facility, 21 miles (34 kilometers) east of Oakland, opened in 1974. It has about 760 inmates and more than 200 employees.

“Now all of a sudden they want to bring that up, that it’s costing us all this money,” Kostelnik said. “But it was all related to ‘Well, if you guys keep doing this,’ basically saying, ‘We have the reason to shut it down because it’s costly, but because you guys are exposing this, we’re just gonna shut it down.'”

On Twitter, follow Michael Balsamo at twitter.com/MikeBalsamo1 and Michael Sisak at twitter.com/mikesisak and send confidential tips by visiting https://www.ap.org/tips/.