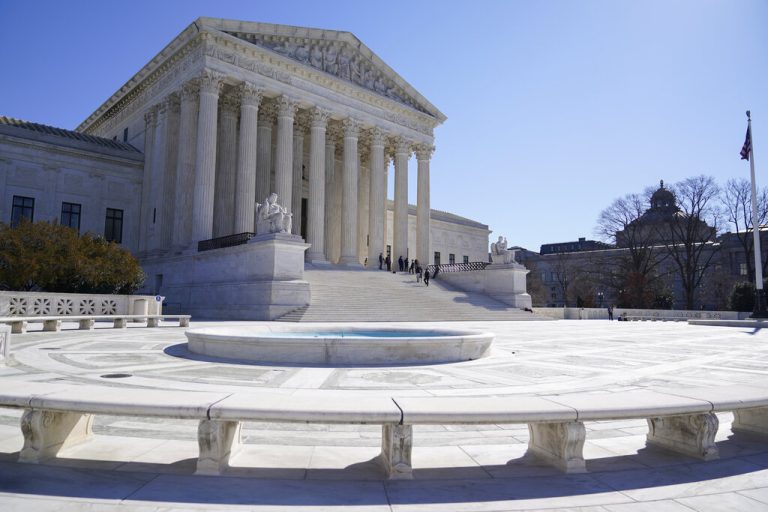 The Supreme Court waded into a political clash Wednesday between the Biden administration and Republican-led states seeking to defend a signature Trump-era immigration rule that the new administration has abandoned.

Conservative and liberal Supreme Court justices acknowledged during arguments at the high court that when a new administration comes in, it can change policy. That’s what the Biden administration did with the Trump-era “public charge” rule that denied green cards to immigrants who use food stamps or other public benefits.

The question for the court is not the legality of the now defunct Trump-era rule, just whether a group of states led by Arizona should be able to pick up the legal fight over it.

Justice Elena Kagan suggested to Arizona Attorney General Mark Brnovich, arguing for the group of states, that allowing the group to intervene in a case “that’s completely dead that never applied to you in the first place” is not the answer. “Whoever the federal government is, there’s always going to be a state that thinks it’s done the wrong thing,” she said. Other justices suggested a limited right to intervene might be possible.

Kagan and other justices suggested that if Arizona objected to the way the Biden administration ended the previous policy, however, it should have brought that issue to a court rather than attempting what Kagan described as a “quadruple bank shot” strategy to intervene in other cases.

Another issue for several of the justices: geography. Stephen Breyer, Clarence Thomas and Sonia Sotomayor were among the justices who questioned why Arizona belongs in a case that has its origins in California and Washington. “I’ve seen how Los Angeles has spread, but I don’t think it’s yet spread to Arizona,” said Breyer, who last month announced his plans to retire from the court.

At the center of the case before the justices is a federal law says that green card applicants can’t be burdens to the country or “public charges.” But the Trump administration significantly expanded the definition, saying the use of public benefits including food stamps or Medicaid could be disqualifying. That led to court challenges, but the Supreme Court allowed the policy to take effect while those continued.

The Biden administration rescinded the rule and has since announced new guidelines. The administration says that in practice, in the year the rule was in effect, it only affected about five out of some approximately 50,000 applications it was applied to. The Biden administration and immigration groups have said the bigger impact of the rule was scaring immigrants, causing them to drop benefits or not enroll in them because of fears doing so could affect their applications to become legal permanent residents.