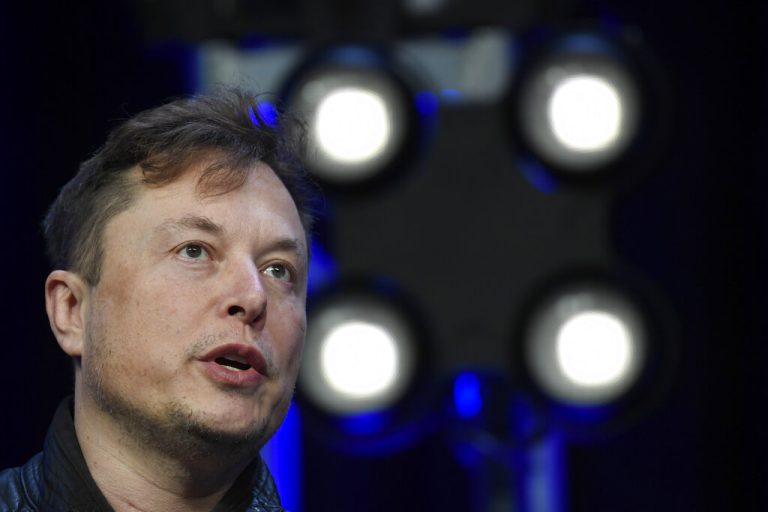 Leave it to Elon Musk to stir up controversy without saying — or tweeting — a word.

In November, according to a regulatory filling, the Tesla CEO donated to charity about 5 million shares of company stock, worth $5.7 billion. Since the filing with the Securities and Exchange Commission was made public Monday, Tesla hasn’t responded to a request for comment. Nor has Musk mentioned the donation on Twitter, his favorite communications forum.

Yet that hasn’t quelled debates in and out of philanthropy, about transparency, tax deductions and congressional legislation, along with speculation about where exactly the money was donated. Some experts say Musk likely donated his shares to his donor-advised fund, or DAF for short. DAFs are essentially charitable investment accounts in which donors can claim a tax deduction upfront but aren’t legally required to distribute the money.

Experts say that would be the most advantageous strategy for Musk, currently the world’s richest man with an approximate net worth of more than $220 billion. A DAF donation would allow him to claim a tax deduction of as much as 30% of his 2021 adjusted gross income, instead of 20% if he had donated it instead to his foundation. Musk could also deduct the fair market value of the stock, instead of its original value.

“He can do whatever he wants with his money — anyone can,” said John Arnold, a billionaire philanthropist who co-founded the Laura and John Arnold Foundation and Arnold Ventures with his wife, Laura. “But if he’s getting a subsidy from society through this tax deduction, then there’s a responsibility that goes with it.”

Whether or not Musk donated his Tesla shares to a DAF, Arnold said, the possibility that he did highlights a questionable tax loophole for many wealthy Americans.

“Society is giving them this tax deduction, this subsidy to encourage more resources to get to communities,” Arnold said. “But the way that the tax law is structured today, it doesn’t necessitate that that happens. You can get the tax deduction today, and there’s no requirement for that money ever to get to the community. You can give money to a donor advised fund and keep it in a tax-free investment account forever.”

Arnold and others who want to address that loophole have formed a coalition, the Initiative to Accelerate Charitable Giving, that seeks to tighten requirements for DAFs and other financial vehicles used by the wealthy.

This month, a bipartisan group of lawmakers proposed a bill in the House of Representatives that would limit how long donations can remain in a DAF untaxed. Similar bipartisan legislation was introduced last year in the U.S. Senate.

Many DAF proponents oppose the changes, arguing that DAFs, with an average payout rate of around 20%, are distributing money faster and more robustly than many private foundations, whose average distribution is generally only slightly above the 5% annually required by law, according to the Stanford Law School Policy Lab on Donor Advised Funds.

If Musk did place Tesla shares in a DAF, the tax law’s intent backfired, Arnold said. The community received neither the tax revenue generated by Musk’s income on the shares or the philanthropic benefit that the tax deduction was meant to create.

DAFs also allow for anonymity. Benjamin Soskis, a historian of philanthropy and a senior researcher at the Urban Institute, suggested that Musk’s donation shows norms may be tipping towards a lack of disclosure about where large gifts are landing.

“When you’re giving away that much money, it is by definition a matter of public interest where it’s going to,” Soskis said.

Generally, Musk’s approach to donations has differed from that of many other wealthy donors, who are often accused of publicizing their gifts as a way to burnish their reputations.

About a month before donating his stock, the notoriously provocative Musk engaged in a Twitter fight with the head of the United Nations World Food Programme, who had urged billionaires to donate $6 billion on a “one time basis” to help end starvation.

Musk said he would sell $6 billion of Tesla stock and donate the proceeds to the agency if it could show how the money would solve world hunger. David Beasley, the organization’s executive director, said this week that it had yet to receive a donation from the Tesla CEO.

Soskis, of the Urban Institute, has suggested that there’s room for Musk to be more transparent about his gifts while still signaling his “contempt” for “elite public opinion,” as the Tesla CEO frequently does.

At times, Musk does provide transparency about his donations. Last year, he gave $50 million to St. Jude’s Children’s Research Hospital. He also donated about $30 million to a variety of public schools and nonprofits in south Texas, where SpaceX builds its rockets.

His private foundation’s latest IRS filing shows he donated 11,000 Tesla shares to the charity in 2019. From July that year to June 2020, the foundation distributed $23.6 million in grants. Some of that went directly to working charities, but a large chunk — $20.7 million — went to Fidelity Charitable, a grantmaker that sponsors DAFs.

Some who have worked with Musk explain his style of philanthropy by saying he isn’t focused on looking good.

Marcius Extavour, vice president of climate and energy at XPrize, which manages Musk’s $100 million prize for carbon removal, says Musk wanted the project to be focused on finding impactful solutions and didn’t want it to use his image everywhere. That’s in contrast to some other donors, who, Extavour asserts, seem more concerned about invitations to speaking engagements and other events.

“It’s been pretty nice to work with the Musk Foundation as a donor who is not.. nitpicking on how we describe this or how we describe that,” Extavour said. “Or making sure they get the shine or the limelight.”

Steve Greanias, general manager of fundraising solutions for the fundraising platform GiveSmart, says that like most people working in philanthropy, he is curious about where Musk’s money went and how it was or will be used. Yet he doesn’t think it’s necessarily everyone’s business to know. His own platform, which serves about 8,000 nonprofits and has processed about $800 million in donations, accepts anonymous donations.

“If you have this kind of money and you want to do good with it and you don’t feel the need to be recognized for it, that’s OK,” Greanias said. “That’s between you and the organization. As long as your relationship’s OK with them, it shouldn’t matter if the world wants to know where money came from.”

The Associated Press receives support from the Lilly Endowment for coverage of philanthropy and nonprofits. The AP is solely responsible for all content. For all of AP’s philanthropy coverage, visit https://apnews.com/hub/philanthropy.