Opening Night: That Championship Season at Prescott Center for the Arts – David Stringer 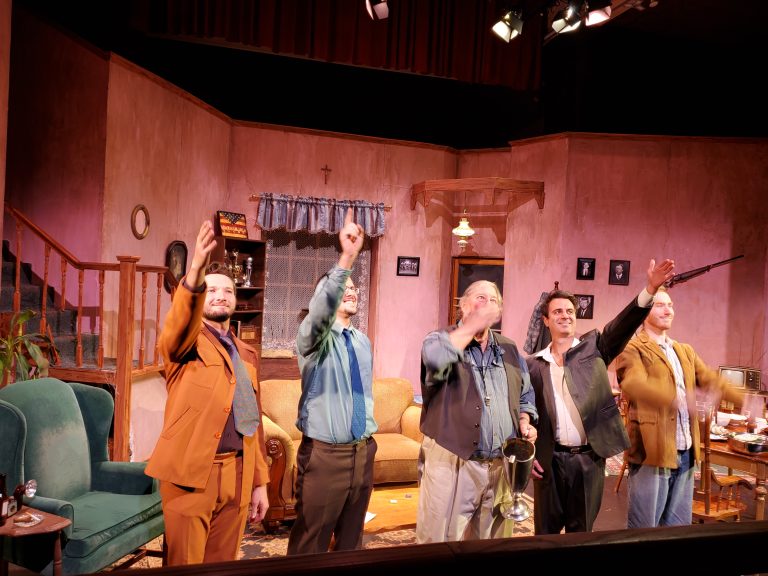 Live theater returned to the stage of Suze’s Prescott Center for the Arts  on Thursday night with the revival of Jason Miller’s Tony Award winning drama, That Championship Season. The 1973 Broadway hit about the hypocrisy, personal failings, and prejudices of small town America also won the New York Drama Critics Award for Best Play and the 1973 Pulitzer Prize for Best Drama.

Movie buffs may recognize the name of actor/playwright Jason Miller as Father Karras in  William  Friedkin’s 1973  horror classic, The  Exorcist,  a role that earned him an Oscar nomination for Best Supporting Actor.  The play first opened off Broadway in 1972,  and then moved to Broadway’s Booth Theater where  it ran for 700 performances over the next year and a half.

First, a few words about the actors. They are uniformly excellent. Everyone hit their marks on opening night  with style and grace.  JP Perpich, playing the central character, Coach, gives a strong, commanding performance in  an avuncular style full of humor and pathos. William Larson plays  Tom Daley, the  cynical, philosophical drunk with a sure touch and an instinct for the laugh lines. JC  Lawler plays his brother, James Daley,  who is sliding into mediocrity and professional disappointment with genuine  conviction. Jim Adams,  a veteran actor in community theatre, gives a well nuanced and multi-layered portrayal  of  the wealthy, self indulgent  and morally challenged businessman, Phil Romano.  High praise goes to Logan Wolfe who plays the Mayor, with a strong, natural sense of stage presence. All of these fine performers are enriching our community with their talents and creativity.

Second, a few words about the Prescott Center for the Arts. For those who have not visited in a while, the theatre has never looked better.  Cabaret seating has replaced the old theatre seating and a small bar open before the show and during intermission greets visitors.  A new, state of the art lighting system has been installed. Everything looks fresh, stylish and up to date.

Set in Scranton, Pennsylvania, in 1972,  the story revolves around the  reunion of of a group of high school teammates with their revered former coach to relive the glory of their victory twenty years earlier in a state basketball championship.  Coach is now living in forced retirement, ailing and alcoholic and clinging to the memory of his “boys” and the faded glory of their once great victory. The boys themselves,  now grown men in their late 30’s,  share a tenuous comradeship.   But as the evening wears on, personal failings, secret rivalries  and moral confusion overtake them. The audience is drawn into the story through their personal revelations and the complex development of their characters.

In a booze fueled night of  revelry, they  expose secrets, betrayals and double dealings that threaten to drive them  apart.  The dialogue is sharp, emotionally raw,  sometimes funny,  and full of  coarse, bigoted language that  many will find jarring.

The play is a dark vision of small town America that not everyone will agree with. I wondered why this play was selected for revival and sought out the Director, James Pyduck, to ask him.  He gave me a straight answer.  It  was a  very deliberate, socially conscious  choice intended to show  the parallels between the  harsh realities of small town America of the 1970’s and the divisions in our country today.  That’s not my take on small town America in the 1970’s.  But I didn’t write this Pulitzer Prize winning play.

A disclaimer on the Prescott Center for the Arts website offers the following explanation: “Due to the current social atmosphere we have have chosen to delve deeply into the issues that continue to plague our society.”  They go on to list racism, antisemitism, sexism and misogyny.  All of that is in abundant evidence. But a glaring  omission to the list is anti-Catholicism, particularly the Irish Catholic variety, which is also in evidence. 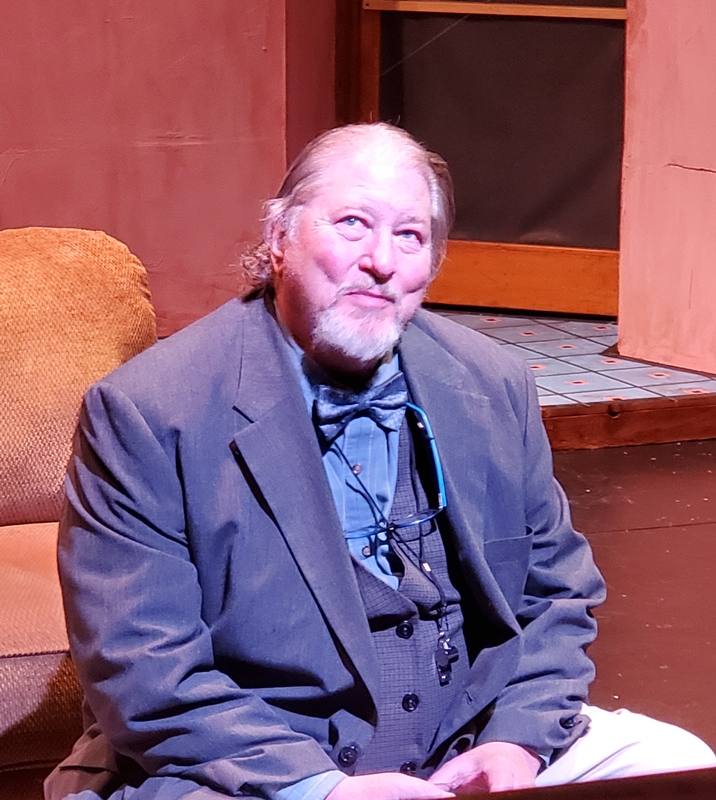 The central character, the alcoholic Coach, makes  repeated references to  Senator Joseph  McCarthy, Father Coughlin, the  Kennedy’s, the  Jesuits and the Jews.  As a lifelong Catholic, that’s not a Catholicism I recognize.  I’ve never heard anyone talk like that.  It makes me think that  Jason Miller,  the playwright and  graduate of the drama  school of the Catholic University of America, and a former teacher at Archbishop Carrol High School in Washington DC,  might have had an issue with his own faith.

Although  still held in esteem by team members,  Coach is ultimately revealed as a false hero who  may  have cheated to win the championship game. As a literary  work with a social message,   That Championship  Season is not  just a dark vision of small town America,  but an even darker vision of  the Catholicism of the period.   In that sense, the play presages the process of cultural deconstruction and contempt for traditional American values that we see everywhere in our country today. 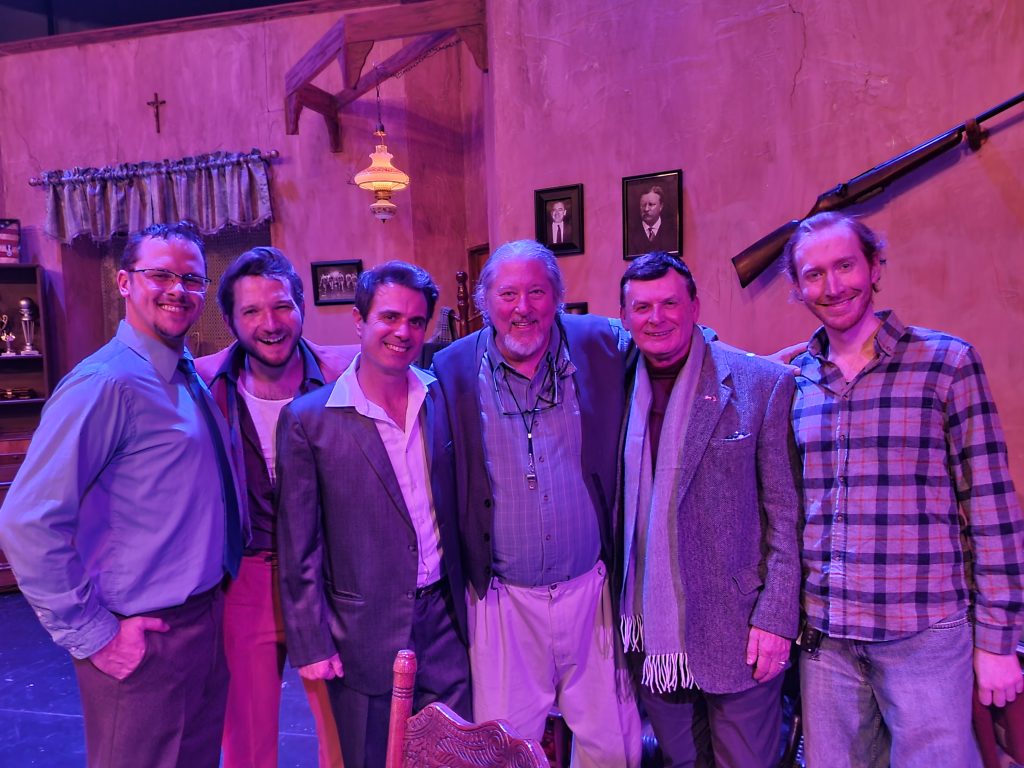 This very fine revival of an important American play continues thru February 20th, at the Prescott Center for the Arts,  208 N. Marina Street,  in downtown Prescott. Tickets are available for most shows  and can be purchased online or thru the box office at 928-445-3286.

David Stringer is the Publisher of PrescotteNews, and a local attorney.
All Posts »

PrevPreviousBadgers Pull Off Hat Trick On Thunderbird 80-70 : PHS Sports Roundup
NextKeeping Up With Changes and Developments to the Healthcare SystemNext