Opinion: Is There Such a Thing as ‘Racism’? – Gregory Hood 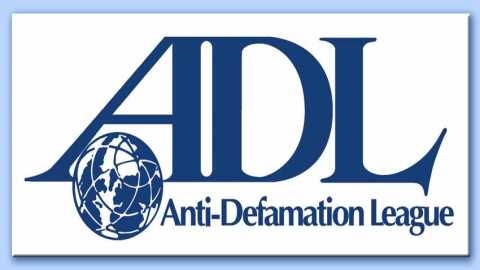 Racist. No word has such power. It can end careers, embitter families, and provoke amazing displays of cowardice. But the word means nothing anymore. It’s doubtful if it ever did.

Until recently, the Anti-Defamation League (ADL) had a definition of racism most Americans would probably agree with: “Racism is the belief that a particular race is superior or inferior to another, that a person’s social and moral traits are predetermined by his or her inborn biological characteristics.”

Even this definition has problems. Few say that one race is inherently “superior or inferior” to another, even though races do differ in average intelligence and in broad psychological traits. A person’s success or failure often depends on intelligence, which can be measured by IQ and standardized test scores.

Who we are is not a product of voluntary choice. Our inborn characteristics shape us, and race is one of them. If “racists” are people who recognize this, then they are the ones who see reality clearly.

Race realists and white advocates aren’t “racist” when we talk about scientifically demonstrable racial differences, but defending the term is like slugging the tar baby. Sam Francis wrote:

“Racism,” therefore, is a term originating on the left, and has been so defined and loaded with meanings the left wants it to have that it cannot now be used by the supporters of white racial consciousness for any constructive purpose. Anyone who uses the term to describe himself or his own views has already allowed himself to be maneuvered onto his opponents’ ground and has already lost the debate. He may try to define the word differently, but he will need to spend most of his time explaining that he does not mean by it what everyone else means. As a term useful for communicating ideas that the serious supporters of white racial consciousness wish to communicate, the term is useless, and it was intended by those who developed it that it be useless for that purpose.

Fortunately, the ADL has changed the definition of racism, so we never have to worry about it again.

The new definition is “the marginalization and/or oppression of people of color based on a socially constructed racial hierarchy that privileges white people.”

This is bewildering. It means the Chinese could exterminate blacks in their country and not be racist, if they are privileging Asians but not whites. Blacks who set out to murder the first white they find can’t be racist. Only whites (or, presumably, non-whites who fight for white supremacy) can be racist.

If racial differences in achievement are caused by “institutional racism,” whites can be racist without even trying. This is “racism without racists,” at least under the old definition of “racist.” The new definition fits better with the conventional wisdom that all whites are racist. Racism practically defines “whiteness.”

Some people find this confusing. Whoopi Goldberg does. She recently said on The View that the Holocaust was not about race, but “man’s inhumanity to man.” “This is white people doing it to white people,” she said, “so y’all going to fight amongst yourselves.” In later comments on Stephen Colbert’s talk show, Miss Goldberg said that “as a black person,” she thought of “race as something I can see.”

Jews, to her, are white, but apparently she got it wrong. Actor Michael Rapaport complained, “It was only about race. It was about kill the Jews, exterminate the Jews. ‘They’re not white, they’re Jewish.’ ” ABC suspended Miss Goldberg from her show for two weeks, despite her groveling. Would she have got the same treatment if she had just said she thinks Jews are white – without mentioning the Holocaust?

Many blacks lump Jews in with whites, especially because Jews historically ran shops in black neighborhoods. Blacks also commit crimes against Jews in places such as New York City. Do they attack Jews because they think they are white or because they are Jews? Because they’re both?

It’s all so confusing.

This is about power. It’s not about morality or even language. Debate is impossible when definitions change overnight. “Racist” has always been a leftist term used to smear opponents. It’s like “fascist,” which George Orwell said was already meaningless by 1944.

We should thank the ADL. The new definition makes it clear that “racism” is a verbal weapon used to hurt us, and only us. People who use it are anti-white. Spreading this message is easier than ever now.

PrevPreviousAP investigation: Women’s prison fostered culture of abuse
NextWhat a salamander virus can tell us about the future of biodiversity amid a changing climateNext