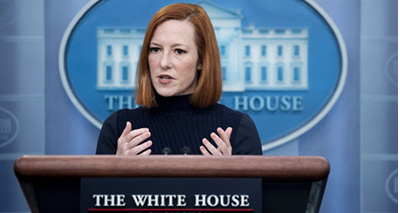 The assumption is that the government knows what is “misinformation” and what is “accurate.” Joe Rogan posted his own response to Spotify, admitting that he occasionally gets things wrong. However, he also pointed out that the supposed science — the expert opinion about COVID-19 — has changed over the course of the pandemic.

That didn’t end the controversy. Musicians Neil Young, David Crosby, Graham Nash, and Stephen Stills pulled their music from Spotify. “While we always value alternate points of view,” said a statement from the latter three, “knowingly spreading disinformation during this global pandemic has deadly consequences.” They said a “concern for humanity must be balanced with commerce.” Others may pull their music. Prince Harry and Meghan Markle have also reportedly “expressed concerns” to Spotify about “misinformation.”

This goes beyond Covid. India Arie, who is apparently a musician, pulled her music because of Joe Rogan’s “language about race.” Joe Rogan made a throwaway comment during an interview with Jordan Peterson that the term “black” was “weird” unless “you’re talking to someone who is like 100 percent African, from the darkest place.” This is apparently serious; CNN promoted Miss Arie’s campaign. 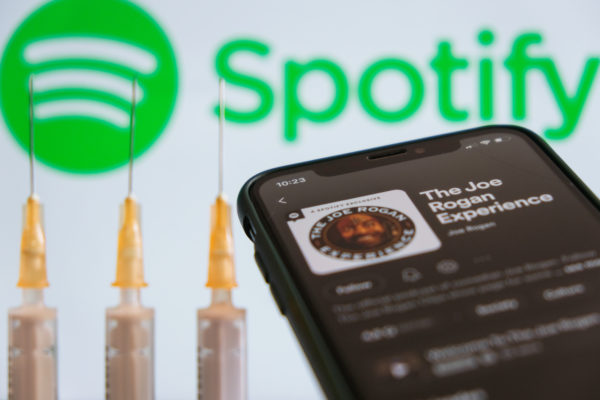 We’ve been through this before: deplatforming, denial of financial services, and being cut off from businesses because of political views. Where is it coming from?

Acting secretary of the Department of Homeland Security Kevin McAleenan admitted in 2019 that DHS works with social media companies and “watchdog” groups to encourage deplatforming. It was under the Trump Administration that “deplatforming” at the behest of major corporations and media became the norm, especially after the ill-fated Unite the Right protest in 2017.

Donald Trump may have been handicapped by his own staff, but he was so ineffective against censorship that he lost social media himself. It’s not clear what he would do differently if he regained office in 2024.

What we’re seeing is the expansion of an American social credit system. The first targets were white advocates, but now other dissidents are fair game. Mr. Rogan may not understand the racial angle, but he clearly sees the parallel with China. He recently retweeted an overview of China’s social credit system, bracketed by posts about YouTube censorship and why Canadians have to turn to India to “get the unbiased truth.” 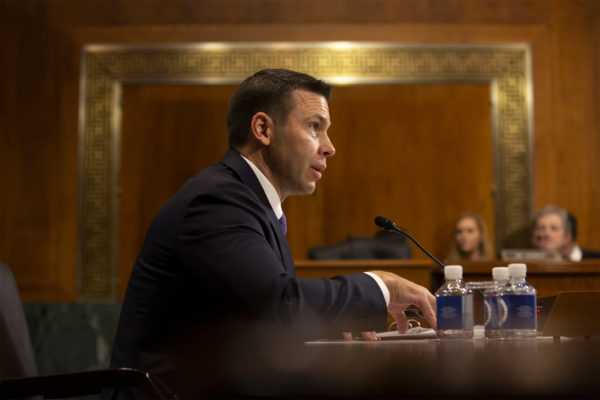 “Truth” is always political. “What is truth?” Pontius Pilate asked Jesus in John 18:38. He then went out to the mob and said he found “no fault at all” in the prisoner. Nonetheless, to prevent an uprising, he allowed Christ’s crucifixion. Some “truths” need to be suppressed for social peace.

Jared Taylor says that many people have told him they agreed with him on race, but could never say so openly. “Crucifixion” would be a wild overstatement about what happens to us, never mind Joe Rogan, but we should understand the system under which we live.

Nick Fuentes is on a no-fly list even though he hasn’t been charged with anything, let alone convicted. The federal government also seized his assets because a foreigner sent him bitcoin. The White House reportedly is working on more regulation of cryptocurrency on grounds of “national security.” Laura Loomer is banned from social media as well as services such as Uber, Lyft, Medium, and even Chase Bank — even though she won the Republican primary in President Trump’s own congressional district.

The federal government is working with groups such as the Anti-Defamation League to “investigate and prosecute violent domestic extremism.” Investigating and prosecuting violent domestic extremism would be good if it meant stopping antifa or if the federal government were actually fighting violent crime. Instead, President Biden spent yesterday braying about gun control, ominously telling Americans that “there’s no amendment that’s absolute.” If that’s the case, why bother with the Bill of Rights? 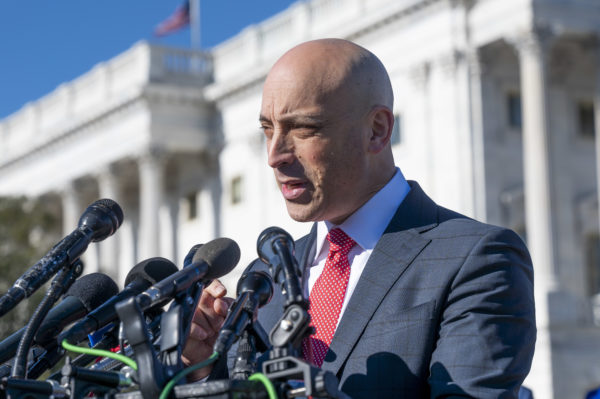 It’s not new to say that America is building a Social Credit System. We shouldn’t say our system is different because it is being set up mostly through private companies. That’s not always true. Press Secretary Jen Psaki’s statement that “more” could be done to restrict speech shows that the government takes sides. It takes sides on race. Tax dollars fund groups that want to stop “disinformation circulated online by white supremacists.” In America, posting a pro-white flier can lead to a police investigation, but large-scale riots in support of black criminals lead to dropped charges.

The government controls the key infrastructure for communications, electronics, and finance. The dollar’s status as the world’s reserve currency gives the United States great power over private institutions around the world. The United States is considering banning Russia from the SWIFT (Society for Worldwide Interbank Financial Telecommunications) system. The government wants to do to Russia what some banks are already doing to dissidents.

After the Civil Rights Act of 1964, we can ask whether the “public/private” distinction still means anything. Richard Hanania argued that “wokeness” isn’t a strange cultural phenomenon but the inevitable outgrowth of civil rights laws. Ever since Griggs v. Duke Power Co. (1971), “disparate impact” justifies intrusive federal meddling in private businesses. If differences between groups must be seen as caused by discrimination, civil rights bureaucracies must stop this discrimination. If that doesn’t lead to equity, it means only that discrimination was worse than anyone realized.

Ibram Kendi’s proposed “anti-racist constitutional amendment” would baldly state that “racial inequity is evidence of racist policy,” make “racist ideas” unconstitutional, and “establish and permanently fund the Department of Anti-racism.” This isn’t extreme. It is a logical extension of American law. If all inequality is unjust, the sphere for government action is practically unlimited, especially if no constitutional protection is “absolute.” 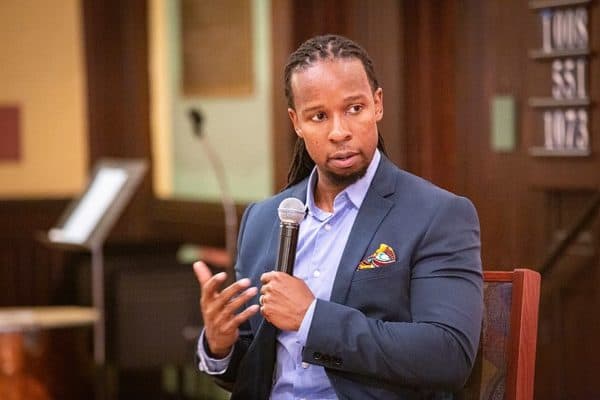 A lingering attachment to freedom of speech — and an instinctive sense that not all unequal outcomes are caused by “oppression” — has prevented such an all-encompassing repressive system. Deplatforming white advocates was sporadic, unsystematic, and done largely because of journalist complaints. However, millennials don’t support freedom of speech as much as older generations do. A recent poll of college students found that “a majority of students in every demographic” thought “hate speech” does not deserve First Amendment protection. Majorities of every Generation Z demographic believe media portray blacks unfairly.

In 2017, the Supreme Court ruled that there is no “hate speech” exemption to the First Amendment. However, if the President nominates justices based on race and sex, the new justices may disagree. Most blacks think “hate speech” is itself an act of violence. If such views continue to gain popularity as America becomes increasingly non-white, power may eventually lie with those who those who think “hate speech” should be illegal.

We got a preview of this when “whistleblower” Frances Haugen recently accused Facebook of “literally fanning ethnic violence.” House Democrats introduced a bill that would make social media liable if they “knowingly or recklessly” use algorithms that recommend content that leads to harm, including “severe emotional” harm. Does talking about crime rates or IQ scores inflict “severe emotional harm”?

White advocates were the first to be censored, but now it’s the turn of those who oppose mandatory vaccination. Canadian Prime Minister Justin Trudeau accused an anti-vax-requirement trucker convoy of spreading “hateful rhetoric” and “unacceptable views.” He said this was different from Black Lives Matter demonstrations, which he attended and supported. Media complained about a GoFundMe campaign that raised money for the truckers, and Canadian MPs accused the site of not keeping out “hate groups.” The account was duly frozen. Those who oppose vaccine requirements, it seems, are also “haters.” 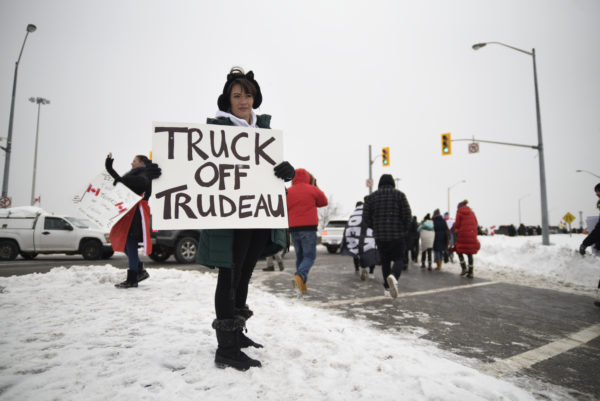 “Top officials at the White House held a series of combative meetings with social media companies, and Facebook in particular, leading up to last July to get the company and others to act on vaccine misinformation,” reported Reuters. Surgeon General Vivek Murthy cited the “Center for Countering Digital Hate” when he justified censorship. “Hate,” it seems, is whatever those in power don’t like.

What is most frustrating about this is that the most destructive misinformation of all comes from the top down: that races are equivalent and interchangeable. Races do not perform equally. Requiring equity doesn’t make them equal. However, free discussion of facts about race is banned from social media. How can we trust “experts” on COVID or anything else, when they are so flagrantly wrong about race?

When rational discussion is banished from the “mainstream,” it’s not surprising that people who think go elsewhere. We’re seeing the same thing with COVID-19 — and censors are using the charge of “hate” to ban voices they don’t like.

Saying or even being affiliated with the wrong thing can cost you financial services, a platform, or the ability to accept donations. Without money, you can’t defend your rights in court or lobby for your point of view. Even elected officials, such as President Trump, evidently have less power than social media companies.

We should thus actively distrust almost any prominent voice. To be allowed on television, YouTube, or a mainstream radio station means not being able to say certain things. Those who sway away from conventional wisdom, including Tucker Carlson and Joe Rogan, find that their advertisers face demands for cancellation. With their large audiences, Tucker Carlson and Joe Rogan may be winning in the so-called “marketplace of ideas,” but real power lies with those who can deny platforms. 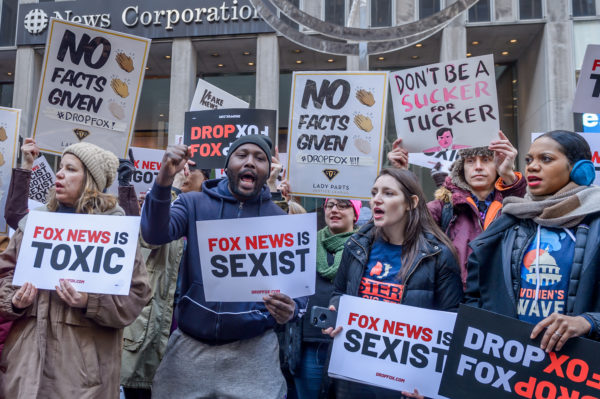 Hundreds of activists gathered outside Fox News HQ in New York City on March 13, 2019 to send a clear message to all media buyers that Fox News’ toxicity is bad for business. (Credit Image: © Erik Mcgregor / Pacific Press via ZUMA Wire)

Writing about the supposedly authoritarian Russia under Putin, The Atlantic’s Anne Applebaum writes:

Protest is dangerous. Talk of democracy and political change is dangerous. To keep them from spreading, Russia’s rulers must maintain careful control over the life of the nation. Markets cannot be genuinely open; elections cannot be unpredictable; dissent must be carefully “managed” through legal pressure, public propaganda, and, if necessary, targeted violence.

Sounds like the United States. And there need be no limit. Race realists have seen that the farther the orthodoxy veers from truth, the more repression is required. Is public health next? And then what? If the US government is looking for authoritarians to destroy, just look in a mirror.

1 thought on “Opinion – White House on Censorship: ‘More Can Be Done’ – Gregory Hood”