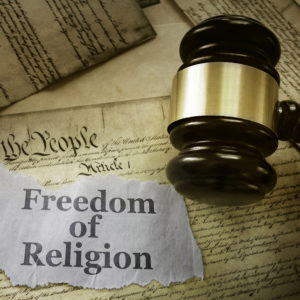 We marked the 12th annual commemoration of “school choice week” last week, and those who value parents’ rights to direct the education of their children have cause for hopeful optimism.

The United States Supreme Court recently heard oral argument in Carson v. Makin, a case out of Maine that presents an opportunity for the court to continue its recent trend of protection for religious liberty in our public schools and expand educational options for parents and students.

The state of Maine includes some rural areas where the student population isn’t high enough to justify building or operating a public school. To address this, the state provides a tuition scholarship that parents can use to pay for educating their children at the school of their choice. However, the program specifically prohibits the parents from using the funds to send their children to the school of their choice if that chosen school is a religious school. The state justifies this discrimination on a state law prohibiting public funding of religion and a mistaken interpretation of the U.S. Constitution’s establishment clause, claiming that parents using their own tax dollars to pay tuition at a religious school somehow establishes an official religion of the state.

The state of Montana also had a mechanism for funding parental education choices that until recently also barred religious schools. The U.S. Supreme Court in Espinoza v Montana struck down Montana’s restriction on that state’s school choice program. The state laws in Montana, Maine, and elsewhere are historically rooted in period of anti-Catholic discrimination by states when Blaine amendments used the term “religion” as a euphemism for Catholicism.  Thankfully, in Espinoza the Court made it clear, citing its decision Trinity Lutheran v Comer, that when government provides a benefit or program to the public, religious institutions have a right to participate in the program. Apparently, the state of Maine and the U.S. Court of Appeals for the First Circuit didn’t get the memo.

While lawyers and judges continually parse the language of case law, the law of unintended consequences remains intact. During the COVID pandemic when children were forced to stay home and learn remotely, many parents learned far more than their children. For the first time, millions of parents were given a first-hand glimpse of what was going on in the classroom. The result was an eye-opening and sometimes anger-inducing epiphany. The school choice movement gained supporters across the country from parents in red, blue, and purple states. Glenn Youngkin won the governorship of Virginia on that issue above any other.

The case of Carson v Makin presents more than an opportunity for the Supreme Court to reiterate that it meant what it said in Trinity Lutheran and Espinoza.  It is the chance to take another step toward restoring the original intent and text of the First Amendment’s religion clauses. Far from the modern secularist cudgel used to banish religion from public life, it was intended as a shield to protect the proper role of religion in a free and civil society. Moreover, freedom and morality being inextricably linked, the original intent of education was to produce citizens capable of living in that free and civil society. Consider the Northwest Ordinance, passed in 1787. Article III “Religion, morality, and knowledge being necessary to good government and the happiness of mankind, schools and the means of education shall be forever encouraged.”

Nearly two centuries after the ratification of the Constitution, our poet laureate Robert Frost described education as “the ability to listen to almost anything without losing your temper or self-confidence.”

Considering our nation’s cancel culture and the cesspool of social media our children navigate daily, could there be a more essential skill?

Today, Americans have a myriad of educational models: public, private, charter, homeschooling, and hybrids of all types. Whether parents adhere to the Northwest Ordinance or Robert Frost’s definition of education the choice is and should always be theirs. As we celebrate School Choice Week, let us be ever mindful that parents’ right to direct their children’s learning is more than an educational issue; it’s a freedom issue. More freedom is a good idea and freedom is more than a good idea it’s our God-given, constitutionally protected right.

Lathan Watts is Director of Legal Communications for First Liberty Institute, the nation’s largest non-profit law firm and think tank exclusively dedicated to preserving religious liberty for all Americans, and a Regional Fellow of National Review Institute. He wrote this for InsideSources.
All Posts »

PrevPreviousAfter a wildfire, how does a town rebuild?
NextAttorney General Brnovich Leads 25 States to Defend Second Amendment at SCOTUSNext