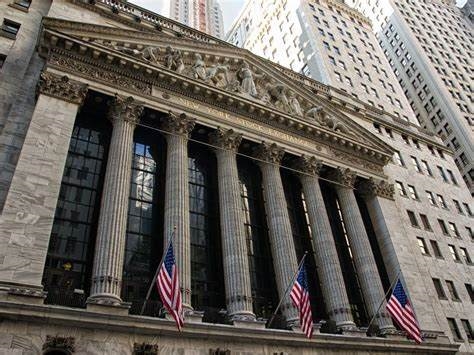 The stock market is losing crucial support from the Federal Reserve. Omicron is causing havoc at businesses around the world. And Russia just might be preparing to invade Ukraine, creating more uncertainty and raising the prospect of even higher oil prices.

No wonder investors are freaking out — and selling stocks.

The S&P 500 has dropped nearly 10% from its record set on the first trading day of the year, the biggest setback for Wall Street since its collapse when the pandemic first struck. And the market’s moves have been fierce amid the mounting uncertainty.

The S&P 500 had four straight drops of 1% through Friday, the longest such streak since late 2018. The streak broke only after the S&P 500 eked out a slight gain on Monday, when a furious 11th-hour rally erased what had been a 4% loss. Tuesday was another volatile, down day for stocks.

For nearly two years, investors had poured money into stocks, confident that the Federal Reserve would help keep share prices upright. The Fed’s super-low interest rates and the rapid U.S. economic recovery from the pandemic recession made stocks a more lucrative bet than safer investments such as low-yielding bonds.

The S&P 500 more than doubled between its pandemic low in March 2020 and the end of last year.

But the Fed is now threatening to end the party.

Determined to cool down the hottest inflation in four decades, the U.S. central bank is moving away from its easy money policies and preparing to raise interest rates. And that spells trouble for the stock market. As rates rise, bonds will look more attractive, likely encouraging investors to shift money out of riskier areas of the market.

Worse, higher rates are likely to slow the U.S. economy, reducing consumer spending — and hurting the corporate profits that drive stock prices. The prospect of higher rates is one reason the International Monetary Fund on Tuesday slashed its forecast for U.S. economic growth this year to 4% from the 5.2% it had predicted in October.

The unknowns are daunting: The Fed hasn’t had to raise interest rates sharply to combat inflation since the early 1980s, and policymakers have no experience at all dealing with the aftershocks of a global pandemic. Omicron and other COVID-19 variants threaten to disrupt business activity in unpredictable ways.

As if all that weren’t enough, tension over Russia’s threat to invade Ukraine — and the likelihood that the United States will retaliate with sanctions — could send oil prices higher and put more pressure on the global economy.

Investors don’t see the volatility going away soon. The VIX index, which measures how much investors are paying to protect against drops for stocks in the upcoming 30 days, recently touched its highest level since October 2020.

The heaviest losses in the market’s swift readjustment have hit the big, fast-growing companies that were earlier the biggest stars of the pandemic. Amazon has lost nearly 18% since Jan. 3, and Tesla has lost more than 23%. Netflix, another pandemic darling, is down nearly 39%.

The damage has been widespread, with the most speculative corners of the market hit in particular. Bitcoin has fallen by more than 40% since hitting an all-time high in November. The smaller companies in the Russell 2000 index, many of which are losing money, have lost 18% since peaking in early November.

And the “meme stocks” that rocketed higher almost exactly a year ago have also come down. GameStop has lost nearly a third of its value so far in 2022, and AMC Entertainment is down 41%.

“It’s scary a little bit,” said investor Emily Binder, 34, of Austin, Texas, who puts money in a wide range of investments – from stocks to bitcoin. But she says things were a lot scarier when COVID-19 hit the U.S. economy and shook markets in early 2020.

“I try to tune it out and stick with the plan,” said Binder, who started a company that lets financial planners and other clients broadcast voice messages to customers over Amazon Alexa. The stock market’s track record, she said, suggests it usually makes more sense to wait out turbulence than to try to pick a good time to sell. For the past four decades, she said, the S&P 500 “has always found its way back to record highs.”

“Whenever I’ve tried to time anything or panic-sell, statistically if I look at the returns and what ended up happening, I would have done better to sit tight. Just don’t mess with it.”

For those who’ve been warning that prices were too high, this looks like the overdue beginning of the end for a spectacular run.

“Today in the U.S. we are in the fourth superbubble of the last hundred years,” famed value investor Jeremy Grantham said in a recent report. He says not only are U.S. stocks in a bubble, but so are real estate and bonds.

Grantham lays the blame squarely on the Fed for keeping conditions too easy and encouraging prices to run too high, just as he said it did before the 2000 dot-com bubble burst and before the 2008 financial crisis.

“How did this happen: Will the Fed never learn?” Grantham wrote.

Now, with the consumer price index showing inflation at 7%, Wall Street sees the Fed moving aggressively in the opposite direction. Investors are pricing in a 66% chance the Fed will raise the short-term rates it controls by a full percentage point this year. A month ago, those same investors saw less than a 35% probability of that.

At the same time, they expect the Fed to offload some of the trillions of dollars of bonds that it amassed through the pandemic to keep longer-term rates low. Doing so would also have the effect of pushing up bond yields and tightening credit, just as another rate hike would.

Even before the Fed starts tightening, the U.S. economy appears to be losing momentum.

Higher U.S. rates could also have global repercussions, luring investment out of other countries, especially in the developing world, and destabilizing the world’s financial markets.

While the European Central Bank is not expected to raise rates until well into 2023, bond market rates have started rising from very low levels, indicating that investors think eventually the ECB will step up the pace of stimulus withdrawal as well.

Compared to the U.S., Europe’s near-term growth prospects have weakened amid high COVID-19 cases from the omicron variant, high oil and gas prices and continuing shortages of semiconductors and other parts that have hampered manufacturers, particularly the auto industry.

Higher rates just add to the risks and uncertainties.

“Fed tightening always ‘breaks’ something,” Michael Hartnett, Bank of America’s chief investment strategist, wrote in a recent BofA Global Research report. He’s expecting stocks to fall in 2022 due to the “rates shock” in the early part of the year and then “recession panic” in the back half of the year.

Others on Wall Street see the market’s decline as temporary. Stocks have historically lost an average of 6% in the three months after the Fed’s first increase in a rate-hike campaign. But the S&P 500 usually goes on to recover and return an average 5% during the six months after the first hike, according to Goldman Sachs.