Opinion: The Absurdity of Looking Like America – Inside Sources 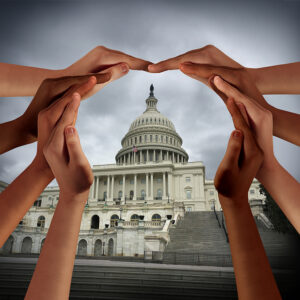 Today, it is common to hear that a company, university, or Congress “should look like America.” Oddly, that assertion ignores how diverse America and its institutions are.

Congress may present the best example of why “looking like America” makes no sense.

Clearly, most Americans choose their congressional representatives based on factors other than race. As a result, the racial makeup of Congress does not look like America.

But it doesn’t mean that “old, White men” have a monopoly on this disparity.

In Minnesota, for example, only one percent of the population is Somali-American, yet one of its eight  House seats is held by a Somali-American, Rep. Ilhan Omar. Similarly, both of Minnesota’s senators (Tina Smith and Amy Klobuchar) are women, yet the state is half male.

Should one of those lawmakers be removed to make the state delegation “look like Minnesota?” Of course not. After all, it’s not possible for one representative to look like each of the roughly 711,000 Americans he or she represents.

If not elected representatives, what about Congressional staffers? The New York Times recently ran a piece noting that Congress has “too few” Black staffers.

Yet, this raises yet another question. In what way should congressional offices “look like their district?” Certainly, the staff should represent the political leanings of the district. However, what other factors should be considered?

Florida’s 11th Congressional District is heavily populated with senior citizens. Does that mean about half the staffers should be over 65 years of age? Farmers make up a good percentage of western districts. Should those offices be staffed with farmers?

Most reasonable people understand that it would be nonsensical to have congressional district offices staffed according to our national population. But what about corporations?

Should a company like Black Entertainment Media be required to have employees that are White or Asian? Few would argue that. What about Manischewitz, which produces Jewish foods? Or even a more mainstream company that produces farming tools. Does it make sense for the company to be 13 percent Black when the majority of Blacks live in big cities?

Moreover, how should companies achieve “looking like America.” About 30 percent of Amazon employees are Black. Blacks are about 13 percent of the American population. To look like America, should Amazon fire half its workforce?

Oddly, the idea that companies should “diversify” their employees contradicts its very own premise. Calls to diversify are based on claims that people of different races provide a unique perspective. If that is so, then we can assume it also means people of different races or ethnic backgrounds tend to have different talents. That is why basketball teams are almost all Black. STEM fields are dominated by Asians. Or women choose “caring” professions more than men do. Yes, those preferences change over time. Still, it is only reasonable to acknowledge that people are truly diverse – i.e. cultures have an impact on the choices people make.

Even if America’s institutions embraced the idea of “looking like America,” how would they manage demographic change? Between 2018 and 2019, the U.S. population grew by 1 million souls and it is showing no signs of changing. If “looking like America” is a standard, it will be an ever-moving goalpost that would surely distract businesses from providing value for their shareholders.

America was built on believing in the dignity of each individual. People should not be treated as if they represent their race. Nor should they be hired – or fired – based on a nonsensical concept of “looking like America.” If companies attempt to do that, we will soon find this country looks nothing like an America based on individual liberties. 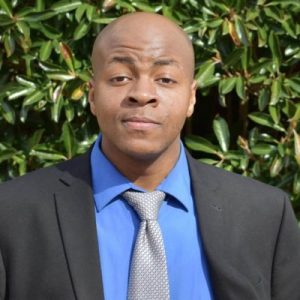 Christian Watson is a spokesman for Color Us United and host of Pensive Politics with Christian Watson. He wrote this for InsideSources.com.
All Posts »