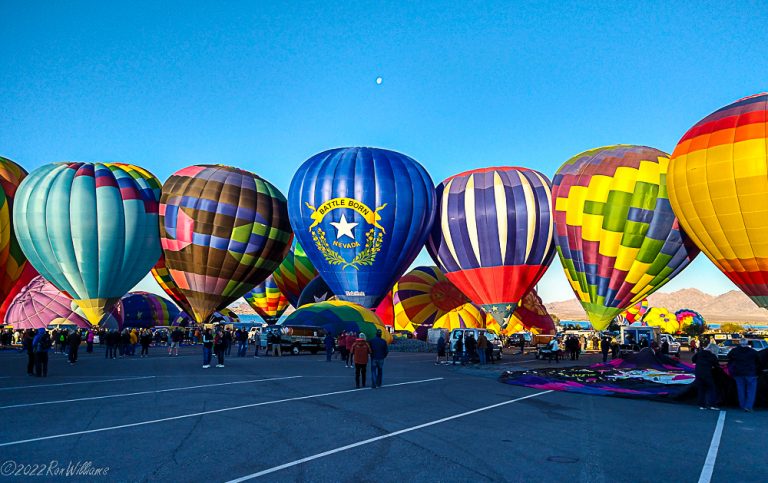 The 11th Havasu Balloon Festival and Fair took place this past weekend despite the mostly windy conditions. A fair crowd, no pun intended, came out to see mostly what they could not see, which was the balloons. Seventy-six balloons were in town and ready to be seen brightly from the daily spotlight in the sky, but winds were pushing past the magic number of 9 mph.

“The wind was just too strong for us to safely fly”, said Ron Sanchez, a pilot that has flown for over 30 years. “We were fortunate that this morning the winds were light, but in the afternoon, they get going and there is just no way to get around it.” The Albuquerque pilot added, “This is a fun festival to come over for, and there are a lot of balloons to see. When it comes to the weather, you just never know.” According to the pilots, the winds need to be at 9 mph or less. 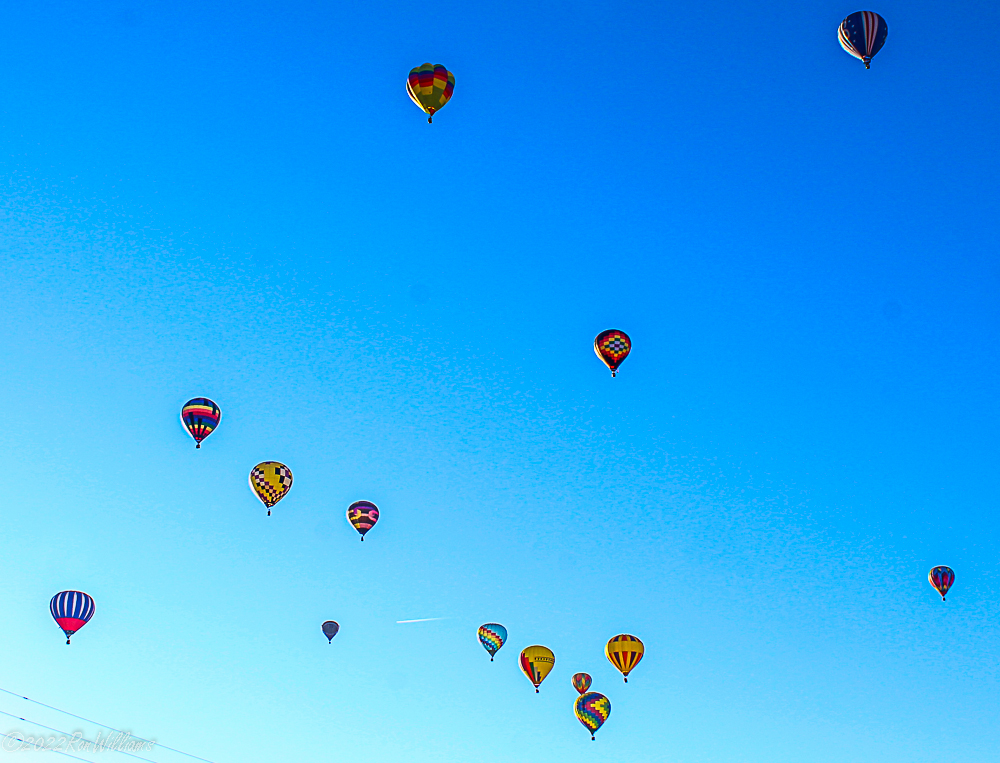 Friday morning, the balloons were able to go up without incident, and the large crowd that braved the cool weather enjoyed the atmosphere, and the amazing beauty of all the balloons as they inflated and lifted off. 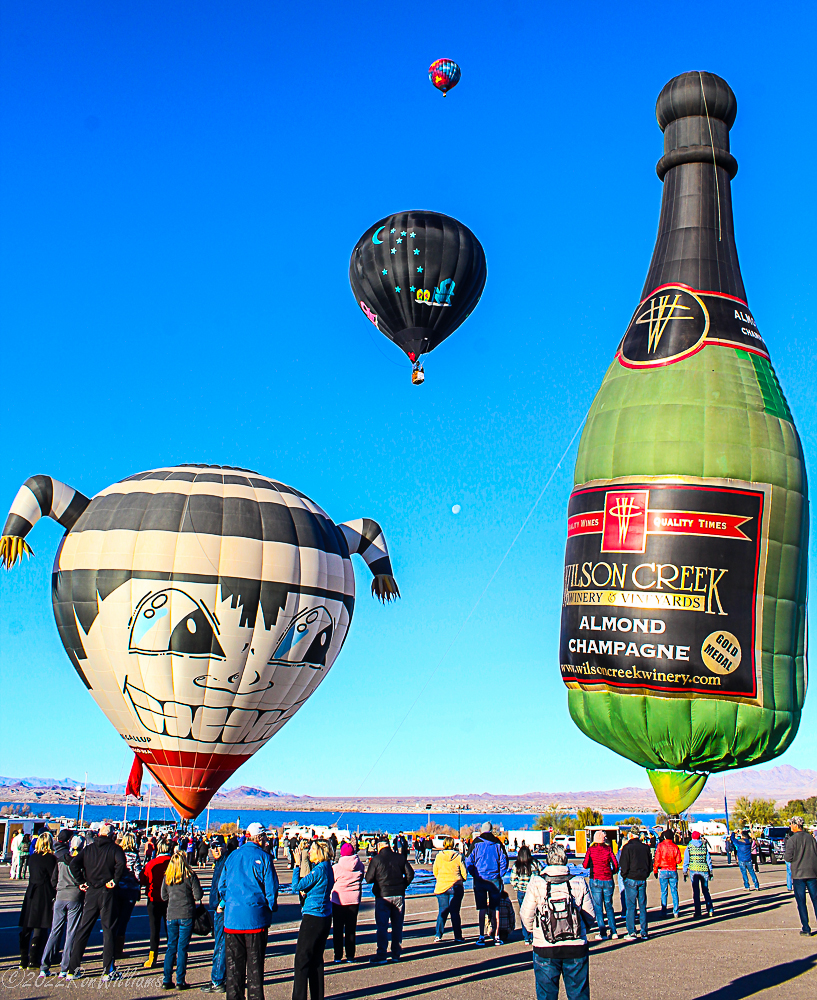 There were other things to take in at the festival. Plenty of good entertainment, food, plus vendors with all kinds of items and services, and of course the kids favorite, the carnival rides. 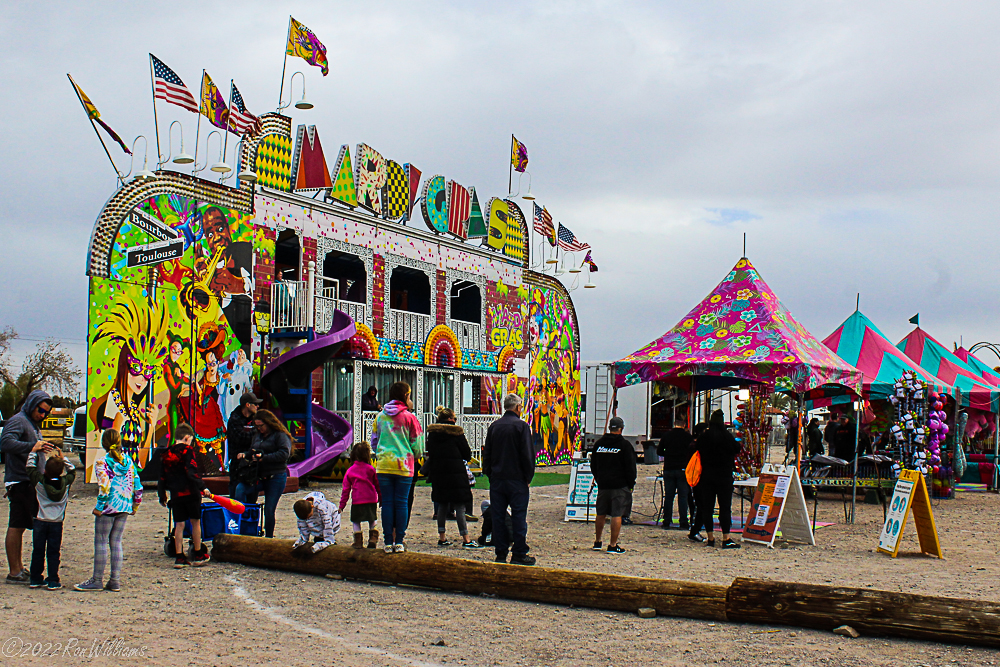 Angel Anguiano, one of the carnival gamers said, ”It is fun to see the kids and how excited they get when they win something. We see a lot of families come here enjoying themselves. So far things are slower because of the weather, but hopefully that will change soon.”

We caught one band, known as Swamp Donkey. They play a mix of classic rock, and as a classic rock fan, they do not disappoint. There was a real good turnout for their set. Dan Reyes said, “This is a good place to sit back, listen to some good music and enjoy some food and drinks with friends. We got here earlier to catch the balloons take off and that was great.” 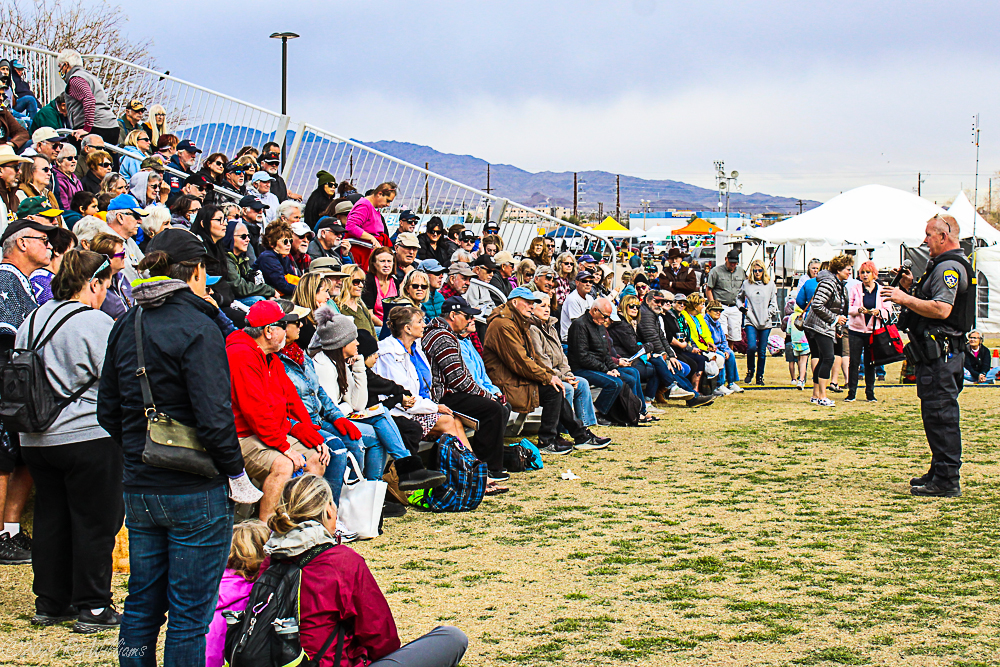 There was quite an informative question and answer session, along with a demonstration by the Sheriff K-9 unit. A must see was Jacob Jax, doing his Unbelievable Magic Act.  Mr. Jax came down from Las Vegas, and mesmerized the crowd with the sleight of hand, and his comical wit. 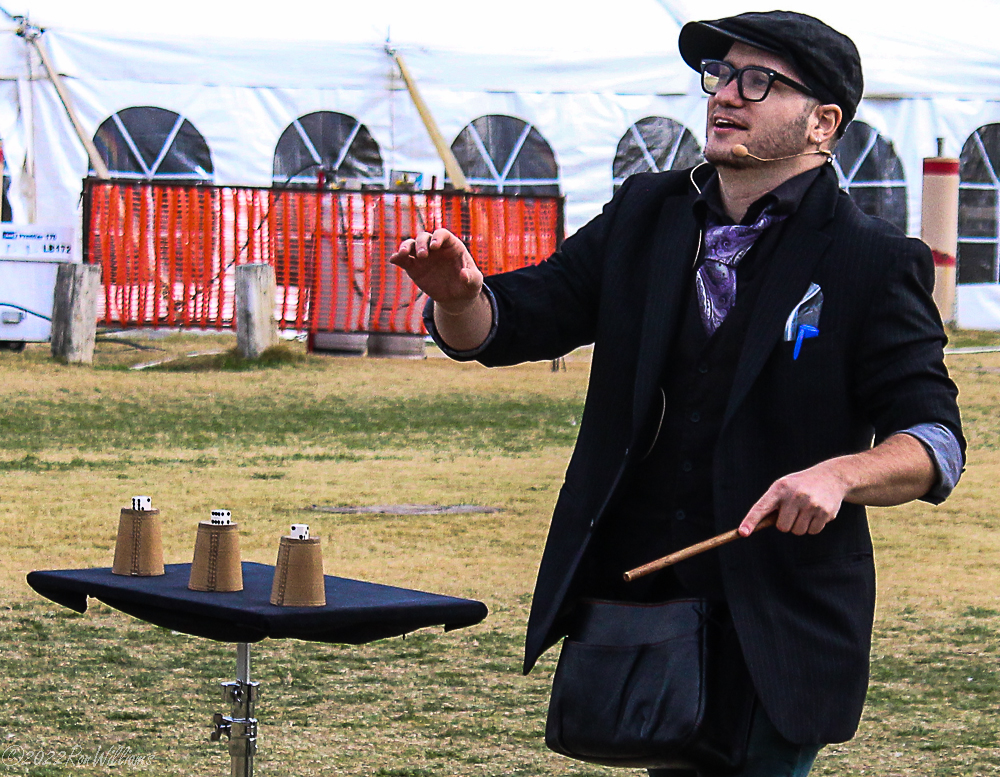 Lori Mackenzie said, “That guy was so good. I have no idea how he did that”, referring to Jax, and his $100 bill in the lime trick. If you go see him, you will understand what I am talking about. 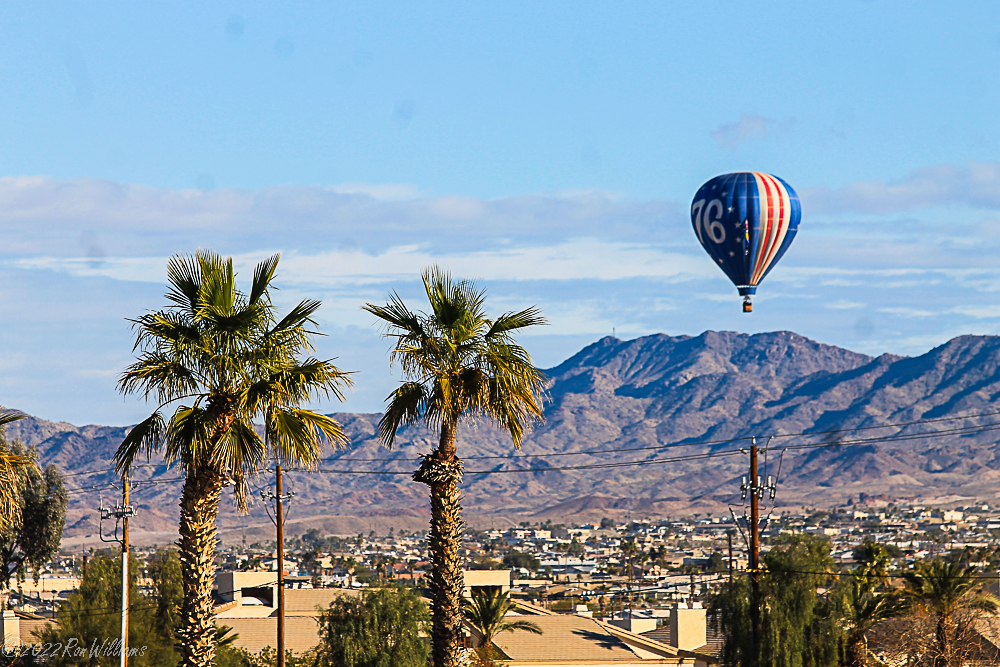 What I took from the festival is a desire for more, that I missed out on some things. That will have to wait till next year, and hopefully the winds will take the weekend off.