No End in Sight for L.A. Train Cargo Thefts 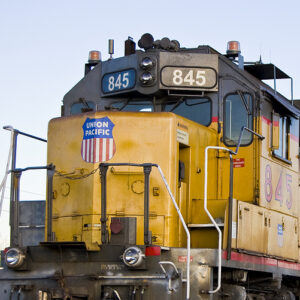 The shocking images of railroad tracks scattered with torn cardboard and slashed shipping containers left behind by freight rail thieves are likely to continue, experts say, thanks to an increase in criminals using new technology and a decline in enforcement.

Over the past year, Union Pacific has seen a 160 percent increase in thefts of freight rail containers at the Port of Los Angeles. In a letter from its Public Affairs Director Adrian Guerrero to Los Angeles District Attorney George Gascon, the company reports that, on average, 90 containers are compromised every day. And those thefts have been accompanied by an increase in assaults and even armed robberies of Union Pacific employees.

“Organized retail crime (ORC) is one of the fastest-growing criminal enterprises in the world due to the dramatic growth of business-to-consumer online sales, which rose from $4.2 trillion in 2019 to $5.3 trillion in 2020 due to COVID-19,” says Matt Albence, spokesperson for United to Safeguard Illegal Trade (USA-IT). Albence’s organization is a private-public partnership created to fight against the sale of stolen and counterfeit goods.

“The looting of packages from trains like those seen in Los Angeles County are tied to the same criminal networks connected to the ‘smash and grabs’ happening across the country—and for good reason: it is a low-risk, high-reward crime. Instead of drugs and guns, transnational criminal organizations—including drug cartels and terror networks—are using this form of illegal trade to profit and bolster their operations.”

Industry insiders say they are beyond frustrated.

The problem is “out of control,” Sarah Blankenship, vice president of BPS Tactical told Yahoo News. Blankenship, whose company makes protective gear for police officers, says she wants to see “consequences” for the criminals.

“It just makes me mad that the equipment we made that cost money and people worked hard to make isn’t getting to a trooper because somebody helped himself to something that they shouldn’t be taking.”

Guerrero agrees it is time for consequences. He called for Gascon to abandon a December 2020 directive in which leniencies are given to several misdemeanors and even some felonies.

Thieves are grabbing items like Amazon, UPS, and FedEx packages. They’ve also targeted packages containing clothing and health supplies, including Covid-19 testing kits and even epi-pens, which in many cases can be a critical life-saving device.

Karen Smith, a criminal analyst and former investigator who lives in Los Angeles, tells InsideSources many factors are at play far beyond Gascon’s soft-on-crime approach. She says adding more cops on the beat around the tracks is no easy task —  if they can be increased at all.

“When you have a huge caseload, you have to prioritize,” Smith said. “I am not saying it is right or wrong, but violent crimes get precedent. You are dealing with the prosecutor’s office who may have a shortage of people and prioritizing calls and types of calls has become a precedent.”

In their most recent earnings call, Union Pacific CEO Lance Fritz acknowledged the problem and discussed his company’s solutions, including increased drone surveillance, more special agents on the ground and more physical security like razor wire and concrete barriers.

And, he hopes, more prosecutions.

“We’re encouraging the district attorney locally to prosecute more of these cases,” Fritz told CNBC. “Two or three years ago, a theft event every now and then, it was one-off, wasn’t well-orchestrated. It was an opportunity crime. Now, it’s an orchestrated organized crime that happens.”

Smith says she’s not too surprised thieves have become bolder.

“They are not stupid, they know police departments are short-shifted. They know the chances of getting caught are lower right now because the focus is shifted elsewhere. So, what can you do? Surveillance, cameras? Even when you have that type of evidence you have to identify the people who did it. So, there is this whole tunnel that these cases have to go down and you need to have the manpower to handle it.”

The USA-IT strategy is to take enforcement to the commerce side of the equation, working with websites where the stolen goods are often sold. During a Washington, D.C. roundtable in December, Hernan Albamonte, head of U.S. Illicit Trade Prevention for Philip Morris International, said a national strategy is needed to make it harder to sell stolen goods online, reducing the profit margin for organized gangs.

“We need to change the ratio of risk to profit to make this business less attractive for the criminals,” Albamonte said. As long as the profitable pipeline for retail profits remains, thieves will find something, somewhere to steal to fill it.

“We need to prosecute these crimes and seek stringent penalties and sanctions, otherwise the business will continue to be extremely profitable.”

“We are in a collective crisis here and you kind of wish people would behave themselves,” Smith said. “When you are going in and taking other people’s packages, things someone may have sent to a loved one who needs it, COVID tests for God’s sake? Swabs and all kinds of things that society needs and are just throwing them on the ground, that just really pisses me off.

“It is really disheartening. It is just hard for me to wrap my head around. The whole thing is just sad. It’s just sad.” 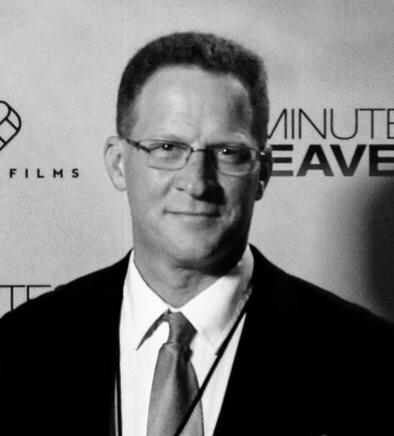 Scott Kimbler is a veteran journalist based in Atlanta, GA. He wrote this for InsideSources.
All Posts »