Ducey’s desalination plant not likely to be a quick reality 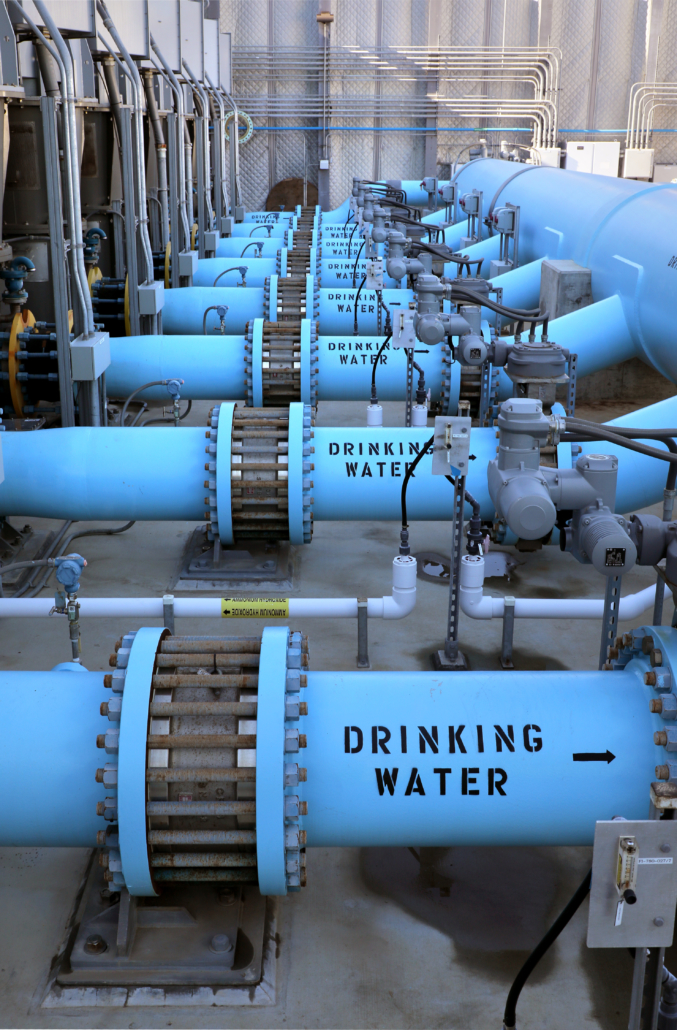 Arizona Gov. Doug Ducey’s announcement this week that he would work with the Legislature to provide $1 billion to “secure Arizona’s water future for the next 100 years” focused entirely on a new desalination plant in Mexico.

But a funding plan for the plant that was a key part of Ducey’s final state of the state address isn’t on the table right now. In fact there’s no clear plan for when such a plant might come to be, two key advisors to the Republican governor said Wednesday.

“What we’re looking at is an investment in a structure that could leverage, in the long-term, big augmentation projects like a desal plant,” said Katie Ratlief, one of Ducey’s senior advisors. “There are shorter, quicker wins. And so really, the vision is diversifying the state’s water portfolio by a massive investment … that has the capacity to do big, long-term projects and smaller but significant short-term projects.”

Those shorter-term projects could include items already discussed by Republican legislative leaders, such as using technology like drip irrigation to grow crops more efficiently.

The pivot from the governor’s focus on desalinization plants comes amid talks with House Speaker Rusty Bowers and Senate President Karen Fann on a water package that could be a legacy-maker for the governor, who is in his last year in office due to term limits.

And it shows that the technology he touted as a game changer is just one part of the solution for Arizona’s major water woes.

That’s just math: the amount of new water Arizona could get from the two desalinization plants needed to put out 200,000 acre feet a year would not even make up for cuts in Colorado River deliveries already in force because of a long-term drought that has greatly diminished available river supplies. Reports circulated by state agencies show that even a $1 billion state investment would only cover about 20% of the cost of building a new plant on the Sea of Cortez.

It’s also expected to be hugely expensive water, compared to other supplies. The state estimates costs above $2,000 per acre foot, compared to the $155 per acre foot charged for municipal and most farm users by the state’s largest water delivery agency, the Central Arizona Project.

Arizona is already taking a 512,000 acre foot cut in yearly Colorado River deliveries due to drought and another 223,000 acre feet are expected in voluntary cuts. An acre-foot of water is enough to serve 2-3 households annually.

What desalination will do is provide a relative small but new assured supply to prop up an overtaxed water system – if the funding pool lawmakers envision can be leveraged to come up with the needed $5 billion to pay for it.

“We’re trying to get us to a point where we can look to the future, and go beyond just a gap of 100,000 acre feet or 400,000 acre feet,” said Buchanan Davis, the governor’s natural resources policy advisor. “It really sets us up for long term augmentation projects.”

But that’s not quite what the governor said in one of the big policy announcements he made in Monday’s speech.

“Instead of just talking about desalination – the technology that made Israel the world’s water superpower – how about we pave the way to make it actually happen?” Ducey said. “So Speaker Bowers, President Fann and I have been working, and we propose that we make a historic investment: $1 billion.”

It’s just not a billion on the desalination plant that Arizona water wonks have long envisioned as a potential game-changer.