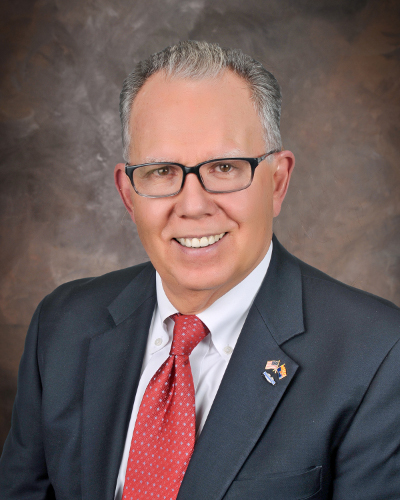 The Citizens Tax Committee (CTC) has announced that they will host Prescott’s new mayor,  Phil Goode, at their next monthly meeting this Wednesday, January 12, 2022, at 1 pm at the  Rowle P. Simmons Adult Center, 1280 Rosser Street, in Prescott.  The Citizens Tax Committee meets on the second Wednesday of each month.  Their meetings are free and open to the public.  An RSVP is not required.

Mayor Goode has been associated with the Citizens Tax Committee, a local taxpayer organization promoting fiscal accountability, for a number of years.  Prior to his election as Mayor, he served on the Prescott City Council from 2018 to 2021.

Mr. Goode is a long time political and community activist.  He was sworn into office as Prescott’s new Mayor on November 23 after a landslide victory in the city’s August primary.  Mayor Goode will offer an update on current issues confronting the City of Prescott and his priorities for the coming year.  He will also stand for questions from the public.

The CTC will also introduce new officers for 2022.  Cathy Craig, a long time Prescott resident and community activist, was elected President at the December meeting.

John Stevens, a former CTC President who has also served on Republican Executive Committees at both the county and state level, was elected Vice President.

The Citizens Tax Committee is one of Prescott’s oldest and most venerable civic organizations.  Since its founding in 1977, it has served as a taxpayer advocate, promoting fiscal accountability in local government, and has been a focal point for opposition to wasteful government spending and excessive debt.  Over the years a number of local political and civic leaders have been associated with the organization.

Although CTC does not endorse candidates or play a direct role in partisan elections, they have weighed in on local tax and spending issues with high profile voter education programs on ballot initiatives such as school bonds, budget overrides, and funding levels for the Arizona Public Safety Retirement System.  More recently CTC has helped raise public awareness about the costs and environmental impacts of the proposed new jail in Prescott and the Verde Connect Project.  Currently they are examining issues associated with the county ambulance service and whether Yavapai County is best served by the private sector or an expansion of a taxpayer funded service.

The Citizens Tax Committee meets on the second Wednesday of the month at 1 pm at the Adult Center, 1280 E Rosser Street, Prescott, Arizona.  Members of the public interested in fiscal accountability and getting an update of Prescott City affairs from the Mayor, are cordially invited to attend,