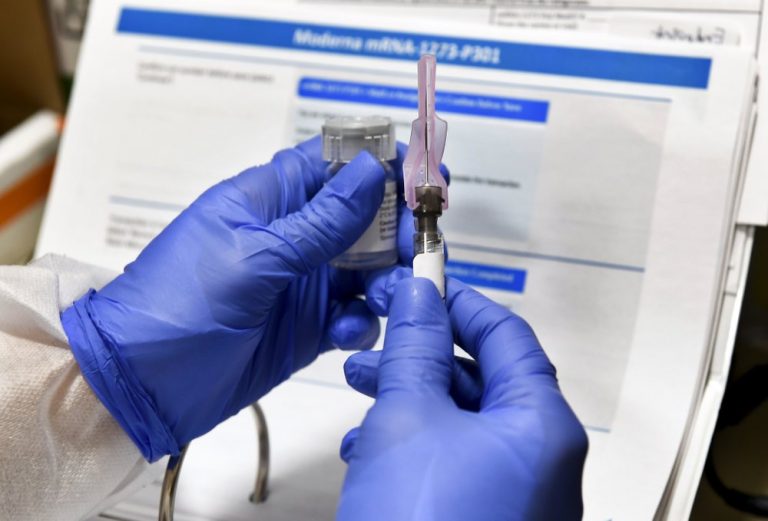 Almost two years after the first case of COVID-19 was discovered in Arizona, new infections in the state have reached a “bizarre plateau,” rising from summertime lows in the hundreds to more than 3,100 new cases a day through the fall.

And experts said they don’t expect that to change anytime soon, as long as vaccine hesitancy continues and new variants keep cropping up.

After peaking at close to 7,700 cases a day in January 2021 – with several days that month topping more than 10,000 new cases – the number of infections plummeted in Arizona, as vaccines became widely available, to just less than 500 a day in June.

But they started climbing in July and have been rising since, averaging more than 3,400 cases a day through November and December, according to the Arizona Department of Health Services, with 7,720 reported on Friday alone. The White House said Wednesday that Arizona is one of the states that will be getting help from Federal Emergency Management Agency paramedics – 20 on Christmas Eve and another 40 next week – to help handle the growing caseload.

“It’s pretty clear, at least for the time being that Arizona is, it’s not a surge, it’s certainly sort of a bizarre plateau,” said Dr. Joshua LaBaer, executive director of Arizona State University’s Biodesign Institute.

“And looking at other places like the U.K. and parts of Europe, a lot of them are experiencing what we are experiencing, which is that they came down from this really high peak, but they haven’t really come down all the way and they’re not staying down,” he said.

One reason that COVID-19 numbers do not go all the way down is the arrival of “very aggressive variants,” first the delta variant in spring and more recently the omicron variant. The second reason, he said, are the relatively large number of unvaccinated people in Arizona, who provide a pathway for those variants to spread.

“Arizona in particular has a large fraction of people who, for whatever reasons, are not yet vaccinated, and represent an opportunity for the virus to transmit,” LaBaer said. The fight against the disease is complicated by new variants of the coronavirus that are “highly transmissible,” LaBaer said.

“It grows to very high viral numbers in the person that it infects, so the person is producing a lot of virus,” he said, “so much virus, in fact, that even somebody who has been vaccinated can get infected by this virus.”

Benjamin said the U.S. will “continue to have cases if people don’t get vaccinated.”

“This is a vaccine-preventable disease,” he said. “The one protection that we know works substantially – nothing is a 100% – is getting vaccinated.”

Benjamin blames “some elected officials who have not been doing, what I think, the best public policy, who have not supported getting vaccinated.”

While the disease “will be with us forever,” Will Humble, the executive director of the Arizona Public Health Association, said he does not think it’s “going to be an emergency forever.”

“There will be less and less of an impact in terms of death and hospitalization,” Humble said.

The only reason it is still an emergency, Humble said, is the presence of the highly transmissible delta variant last spring and “just grossly inadequate vaccination rates.” He said it is still too early to determine what changes might come with the discovery in late November of the new omicron variant.

“There are three key questions that we need to answer in the next two to three weeks,” Humble said earlier this month. “Does it affect the vaccine effectiveness, and the immunity that comes with that? Is it more transmissible than delta and is it more or less lethal than delta? We don’t know the answers to those yet, but we will, and it won’t be long.”

Depending on the answers to those questions, he said, the emergence of the omicron variant could have some positives for public health.

“Imagine for a moment that omicron is more transmissible than delta, but far less lethal, but the vaccine still protects you from infection, and you still build an immune response that protects you from other variants,” Humble said. “In that scenario omicron would actually be a good thing.

“You could build immunity more quickly with a less dangerous virus,” he added.

Whatever happens with omicron, or subsequent variants, all three officials agree that the coronavirus is likely here to stay. Until “people either have all been infected or all been vaccinated, we’re always going to see sort of this background level,” LaBaer said.